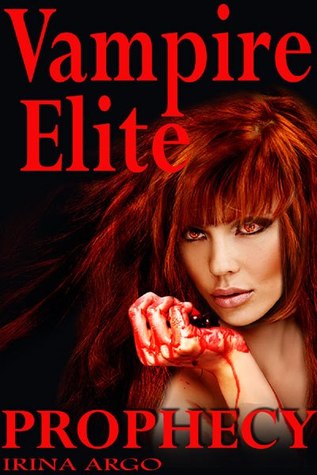 How can you make a choice between saving your people and destroying the one you love?

A millennia-long war between two immortal races is about to come to an end. Long ago, the
Vampire Elite began capturing members of another race of immortal beings, the Amiti, forcing them to become their blood suppliers—bloodstock—and locking them in underground cells, where they are treated like livestock. Now, the few remaining free Amiti are making a final attempt to strike back. The Queen of the Amiti has been proclaimed a traitor and executed. Her death makes possible the rise of a new Queen, her young daughter Arianna, who becomes the last hope of her dying race.

Arianna totally embraces her mission and is ready to fight for her people to the last drop of her blood but encounters an unexpected challenge—the vampire King Tor. The Amiti Queen and the King of the vampires are drawn into a trap of love where each has to make the ultimate choice: to kill their loved one or risk the extermination of their people.

Vampire Elite is an epic story of a bitter conflict between two peoples, and the effect of that conflict on everyone living in its grip. The characters are driven to love and betrayal, vengeance and sacrifice in a world without easy black-and-white answers.

Based on an ancient Egyptian legend, packed with action and intrigue, Vampire Elite will pull  you into the entrancing world of immortals and open new portals into their hidden universe. 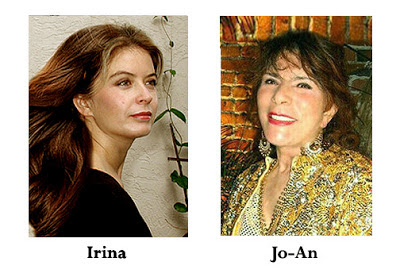 Irina Argo is a combined pen name for two authors, Irina  and Jo-An .

IRINA
Irina’s world is dark. She works as a clinical psychologist in a Juvenile Correctional Facility dealing with the extremes of human behavior on a regular basis and takes care of her paralyzed husband who suffered a stroke several years ago. To bring light into her life she writes. Writing has always been her passion. She is originally from Russia where she was employed as a TV journalist.

JO-AN
Jo-An is a Leo, a lioness who has emerged to follow her dream, to someday write a book of her own. She owned a costume shop for 15 years and was able to satisfy and excel in her creative nature. She is an over-achiever and believes that anything is possible if you believe in yourself and ignore the nay-sayers.  Her philosophy is based on Shakespeare “It is not in the stars to hold our destiny, but in ourselves.” She currently resides in California with her 5 cats and 1 husband.