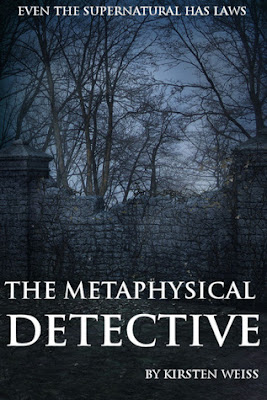 BLURB from Goodreads
When Riga Hayworth finds her new client, Helen Baro, dead, she smells a set up of metaphysical proportions. Now, to find a killer, Riga must travel from San Francisco to the underworld – and make it back alive…Helen believes her husband is trying to kill her. One problem: Helen’s husband died in a car crash last year. Riga isn’t sure what to think. Is Helen mad? Is someone else trying to harm the woman? Or is this really a case of attempted murder from beyond the grave? But then Helen is found dead, leaving a strange haiku and tarot for a clue, and Riga is hurled into an investigation that threatens the detective and those she loves. A noir paranormal mystery based in the San Francisco Bay Area, the Metaphysical Detective explores the power of the archetypes through the double lens of tarot and Greek mythology. 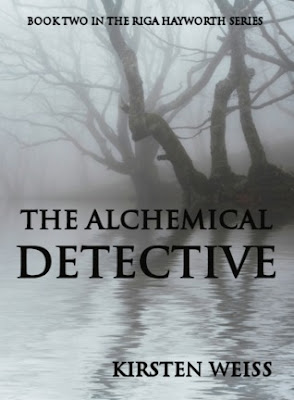 BLURB from Goodreads
A psychic has been murdered in an occult ceremony and the police pay a visit to Riga Hayworth, metaphysical detective. But this time, she’s not a consultant on the case, she’s a suspect.There’s a storm on the horizon. Riga’s lost her magic and has come to Lake Tahoe to recover and spend quality time with her new love. But life for Riga is never that simple. A psychic’s been murdered, and the police believe Riga has a connection to the crime. They’re right. And if that’s not enough, Riga is drafted as the host of a reality TV show about the local lake monster, and her niece is rejecting her metaphysical abilities. Juggling demons, daimons, and angry tarot card readers, Riga must catch a killer before she becomes the next target.The Alchemical Detective is a paranormal mystery that explores a world of alchemy and the imagination. 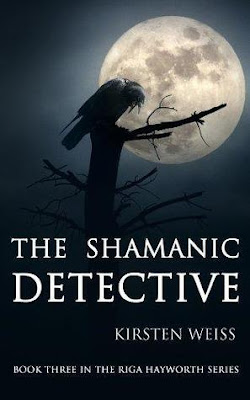 BLURB from Goodreads
When Riga Hayworth’s lover is arrested, she’s determined to unearth the truth, no matter the cost. But life – and death – get in the way.All Riga wants is to clear the name of her almost-fiancée, Donovan Mosse. But a death faerie has other plans for her, and Riga is forced to protect a shaman with a house full of murderous relatives. The only way to stop this killer is to figure out who he, or she, is before the next strike. As the two cases become entangled, Riga must choose between facts and faith, and decide just how far she’s willing to go for love.The Shamanic Detective is a paranormal mystery set in Lake Tahoe, and explores shamanism, the shadow, and the world of the fae. 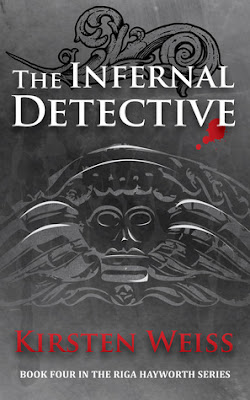 BLURB From Goodreads
When Riga Hayworth finds a dead body in her bedroom a week before her wedding, it’s par for the course. When the corpse drives off with her fiancée… That’s a problem.Riga knows dead. More intimately than she’d like. So when a murdered photographer gets up and walks away, she’s believes there’s necromancy afoot. And when she discovers that several of her wedding guests are under the influence of dark magic, she’s certain. But how can she catch a killer and stop a necromancer when even her nearest and dearest are lying to her?Murder. The undead. Irritating relatives. The Infernal Detective is a fast-paced, paranormal mystery, where nothing is quite as it seems, and magic lies just beyond the veil