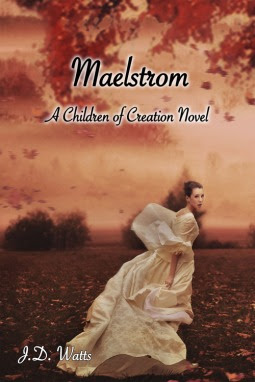 BLURB from Goodreads
Daniella Rossi, prophesied Convergence and child of all three races of creation, now faces her destiny with a full gambit of knowledge and abilities at her disposal, but will they be enough?Two years in hiding…Two years of training and preparing. Two years of falling in love and finding herself surrounded by a family she never dreamed she would have. They’ve all been a blessing, keeping her tranquil in their Caribbean island hideaway, but the darkness of the Fallen ones is closing in and the time for hiding has come to an end.Separated from her Guardian husband Nate, and alone in New York City with an infant to protect, Dani must find the strength within her to survive and help those that need her. New acquaintances become allies, helping her hide until she is strong enough to search for her loved ones. Can she reunite with her family and protect this innocent little baby who deserves a safe and happy future, or will they be thwarted by evil forces?Dani has worked hard to prepare for confronting the ultimate evil. Will she emerge victorious, or will she fail in her final quest to follow the Master’s will? Join Dani in the final chapter of this epic tale as she struggles to resist the evil that seeks to claim her, body and soul. 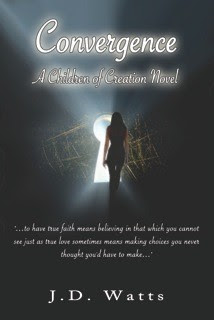 BLURB from Goodreads
In modern times, mankind believes they know all that there is to know about the world around them. Arrogant in their ignorance, they travel through life completely unaware of the other beings in their midst, the other Children of Creation. Celestial Angels and Fallen walk amongst them unseen, while the third beings of creation, the Guardians, live along side them, protecting them from attacks of the Fallen. Daniella Rossi is a nineteen year old college student who sees the world quite differently than those around her. From infancy, she was aware of the beings that walked among her kind who were not like them, as well as her own personal Guardian who watched over her. Dani always knew she was different, but she never dreamed the full scope of her importance. Follow Dani as her life takes an unexpected turn when a new Guardian is assigned to replace her lifelong companion and friend. Much older, more experienced, and socially awkward, Nathaniel must learn to adjust himself to fit into Dani’s world in order to guard her without drawing unwanted attention. While the Fallen are determined to capture Dani, she and Nathaniel find themselves developing a bond that goes far beyond that of Guardian and charge. Facing the strains of a brewing war and forbidden affections, will they be ready for the coming battle? Will Dani be able to handle the truth of her existence and destiny? 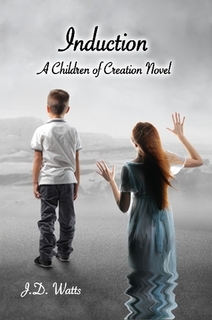 BLURB from Goodreads
This is the second novel in the Children of Creation series.Daniella Rossi has had a tough year. She’d always felt she was different from those around her, and within a matter of months, she discovered her life and that all she believed was true was nothing more than a farce. As a child of three different races of creation, Dani truly fits in with none.As she waits out the winter in hiding with her two most trusted friends, her Guardians Nate and Ana, Dani struggles with the evolution of her romantic relationship with Nate, while being haunted most nights by dreams of a little boy begging for help. She doesn’t know where he is or what is wrong, but she has an overwhelming need to help him.Forced to move on with the advent of spring, they search for answers while Dani completes her induction into the world of the unseen. She learns many things about love, life, and herself, as well as the true depth and nature of the strength within her along the way.