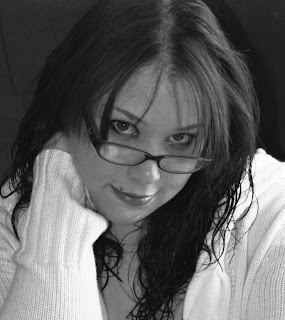 What is your name, where were you born and where do you live now?
My name is Elizabeth J. Kolodziej and I was born in Torrance, California. When I was 13 my parents moved my brother and I to Delaware. HUGE Change!

Did you always want to be a writer? If not what did you want to be?
Actually, I was always writing stories, but I didn't know I wanted to be a writer until I finished my first book in my 20's. I use to want to be an actress/singer. Took tons of dance, singing, and acting classes when I was younger.

What is the name of your latest book, and if you had to summarise it in less than 20 words what would you say?
My latest book in Witch Devotions (3rd book in The Last Witch Series) which is about a witch who loses her memories after the death of someone important to her.

Which of your books were easier/harder to write than the others?
I think my new steampunk zombie romance for young adults was easier to write. A lot had to do with me being a more experienced writer by then and the characters and plot being so different from my paranormal romance series.

What can we expect from you in the future?  ie More books of the same genre? Books of a different genre?
At the moment I write paranormal romance, steampunk and erotica. Those are the genres I plan to stick to for the moment, but that doesn't mean it won't change. For next year I plan to release Gravely Inanimated (book 1 in the zombiepunk series), Demonic Charms (book 4 in the last witch series), a couple eroticas in my demon series and possibly some shorts.

What made you decide to write that genre of book?
I have always loved the supernatural. I grew up around it because of my mother who was the first person to introduce it to me. I have a really open mind and lots of beliefs. When it came to writing what I know, that is what I know best.

Do you have a favourite out of the books you have written? If so why is it your favourite?
Witch Devotions is so far my favorite. It is my favorite because it was the most therapeutic book for me to write because I did so after my father died and both Faith and I were dealing with the same issues. I thought the book turned out to have a lot of powerful scenes and a great plot behind it.

Do you have a favourite character from your books? and why are they your favourite?
I love all my characters. However, I had a lot of fun writing Kasidy who is in Demon Protection Plan. She is sassy and quick witted. It was just so interesting to be able to write like that.

Is there any other information you would like to give your readers?