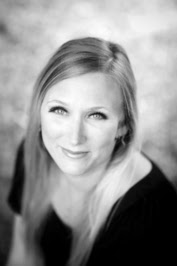 What is your name, where were you born and where do you live now?
Amber Garr, born in Pennsylvania and now live in Florida.

When did you first consider yourself as a "writer"?
I guess I felt like I could officially call myself that after publishing the first book.  I do a lot of technical writing for work, but I wouldn’t have ever considered myself a “writer”.  Now I’m immersed in the writing world and I think it’s safe to say that I’m a writer now.

Did it take a long time to get your first book published?
The first book I published was the second one I wrote.  I sent a few queries (with no luck) while researching self publishing options.  So, I think in all, the process took almost a year.

Do you work another job as well as your writing work?
Yes.  I work as a research biologist at a state university. I also teach dance classes and co-chair a youth writers program.

What is the name of your latest book, and if you had to summarise it in less than 20 words what would you say?
Arise: Book Three of The Syrenka Series.  In the series conclusion, Eviana discovers the consequences of power and sacrifice.

How long does it usually take you to write a book, from the original idea to finishing writing it?
If I can find the time, I can finish the first draft in a month.  But from the time I plot out the storyline to finishing the final word, it may take a couple of months.

Which of your books were easier/harder to write than the others?
My last one (Arise) was the hardest.  Not because of the story (that was planned in two days) but because I was writing my dissertation at the same time, so that kind of had to be the priority!  Once I turned the final product in to the university, I finished Arise rather quickly.

What can we expect from you in the future?  ie More books of the same genre? Books of a different genre?
I have an adult urban fantasy that I am making final edits on right now, and I also have a YA paranormal with one chapter complete.  There is another adult novel that I would probably classify as horror and mystery, and perhaps someday that will be released as well.

What genre would you place your books into?
Urban fantasy.

What made you decide to write that genre of book?
I am fascinated with the idea that supernatural creatures could be living in our human world.  It is the genre I can’t get enough of, and therefore the one I chose for most of my books.

Do you have a favourite out of the books you have written? If so why is it your favourite?
I really liked writing Betrayal.  The book was complete in less than a month and it just flowed out of me!  I couldn’t stop writing and the whole story came together really well.

Do you have a favourite character from your books? and why are they your favourite?
I think that would be Abhainn, my water sprite.  You never know what he’s going to say and I love his accent!

If you had to choose to be one of your characters in your book/books which would you be? and why?
Probably Eviana….in ten years.  By then she would have come into her own and be comfortable in her own skin.  I think it would be awesome to be a mermaid!

Do you have anybody read your books and give you reviews before you officially release them?ie. Your partner, children, friends, reviewers you know?
Yes!  I belong to a writers critique group and also have a great set of beta readers.  They’ve been with me since the beginning and I am lucky to have them!

Do you gift books to readers to do reviews?
Yes, I have done that.  Usually in ebook form.

Do you read all the reviews of your book/books?
Yes, I do.  I don’t know if that’s healthy or not, but I have to know what readers think.  It’s still a bit surreal to see people enjoying my writing.

What was the toughest/best review you have ever had?
I saw one on GR that said she didn’t finish one of the books.  L That was my first negative review.  But fortunately, I’ve had several really nice reviews and even personal emails from those readers and every time, it totally makes my day!

Would you ever ask a reviewer to change their review if it was not all positive about your book/books?
No, not at all.  I want them to have the ability to review honestly and constructively.  Plus, even if it’s hard, hearing what DIDN’T work helps me know what to take into consideration for the next project.

How do you come up with the Title and Cover Designs for your book/books?Who designed the Cover of your books?
I worked with the amazing Claudia at PhatPuppyArt (http://phatpuppyart.com).  She has awesome digital artwork and was really easy to work with.  As far as the titles…I decided to keep them all one word.  And that one word had to encompass the theme of the whole book.

Do you choose a title first, or write the book then choose the title?
The titles came last for all of them.

Are character names and place names decided after there creation? or do you pick a character/place name and then invent them?
I have most of the names picked when I plot out the story.  But as I write, sometimes new characters show up that weren’t originally planned for and their name just pops into my head!

Do you decide on character traits (ie shy, quiet, tomboy girl) before writing the whole book or as you go along?
Aside from knowing what their main plotlines are, everything kind of comes along as I write.

Do you basic plot/plan for your book, before you actually begin writing it out? Or do you let the writing flow and see where it takes the story?
I do a rough outline (hand written in my zombie notebook) so I know the main points of each chapter.  Although scenes have been added on whim as I write too.

Have you ever suffered from a "writer's block"? What did you do to get past the "block"?
If I’m having trouble getting started, I go back and re-read a chapter or two before.  That usually works to get me on track with the characters and the story.

Have you ever based characters on people you know or based events on things that have happened to you?
There are a few that resemble some people I’ve known. I also used a lot of my travels to create locations for many of the scenes.  Of course I also had to make sure all of the underwater landscapes were true to nature!

Which format of book do you prefer, ebook,hardback, or paperback?
I love my Kindle…so I am a fan of the convenience of carrying and reading an ebook in bed!

Do you have a favourite genre of book?
Urban fantasy and detective/murder mystery type novels are my favorite.  I enjoy being lost in imaginative worlds.

Are there any New Authors you are interested in for us to watch out for? and Why should we watch out for them?
A fellow critique group member/beta reader has just released her first novel and it’s spectacular.  I encourage everyone to check out Men of the Cave by Marisette Burgess.  It’s a YA mixed with demigods, mythology, and a teenage girl caught in the middle.

Is there anything in your book/books you would change now if you could and what would it be?
I gave my first book a tummy tuck and rid it of some bad writing habits I discovered after having two more under my belt.  It’s nice to be able to do that.  But as far as story goes…no, I probably wouldn’t change anything.

What do you think about book trailers?
I like them and I enjoy making them.  It’s another creative project that I can immerse myself in.

What piece of advice would you give to a new writer?
Read. A lot.  Make time for it because the more you read, the more you will learn what works (or doesn’t work) in your writing and world building.

Do you or would you ever use a pen name?
I don’t use one.  However if I ever release my adult horror novel, I may consider using a pen name!

If you could invite three favourite writers to dinner, who would you invite and enjoy chatting with?
Richelle Mead, Kelley Armstrong, Charlaine Harris