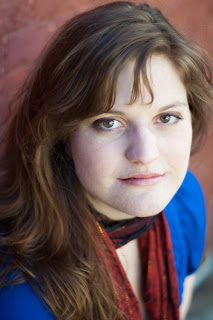 What is your name, where were you born and where do you live now?
Hello! My name is Meagan Spooner, and I was born in Washington, D.C. I still live in the area, although I can be a bit of a gypsy and move around a lot. I’ve also lived in New York and Melbourne, Australia.

Did you always want to be a writer? If not what did you want to be?
Writing has always been my background, long term goal. Other aspirations (marine biologist, archaeologist, psychiatrist) have come and gone over the years, but I’ve always wanted to be an author. I always assumed I’d have to have a day job to support my writing habit, but luckily enough I’m a full time writer now.

Did it take a long time to get your first book published?
Actually, no. My journey was a relatively quick one, in traditional publishing terms. I started writing my first novel, SKYLARK, in March of 2010, signed with my agent toward the end of that year, and sold the book a few months later. But I had put in a lot of work before then on improving my craft and getting feedback. I’d been receiving critiques on my work since I was 14, and in addition to taking creative writing classes in high school and college, I also attended an intensive six-week writing workshop called Odyssey. So having done all that made writing a publishable book the first time around a lot more possible.

What is the name of your latest book, and if you had to summarise it in less than 20 words what would you say?
My first book, SKYLARK (Carolrhoda Lab/Lerner Books) comes out this fall. It’s a dystopian fantasy about a girl named Lark who must flee from her people to avoid being enslaved, heading into a nightmarish wilderness no one has survived in hundreds of years.
(This one is definitely going on my paperback wishlist!) 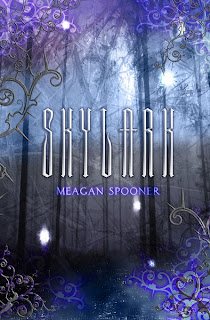 What can we expect from you in the future?  Do you have plans for a new book? Is this book part of a series?
SKYLARK is the first of a trilogy, so there will be two more books coming in that world. I’ve also got another trilogy coming from Disney-Hyperion in Summer 2013, that I co-wrote with my awesome and talented writing partner, Amie Kaufman. The first book in that trilogy is WRECKED, a science fiction romance about two survivors of a spaceship crash on a mysteriously abandoned planet.

Do you have a certain routine you have for writing? ie You listen to music, sit in a certain chair?
I tend to wear pajamas and a bathrobe when I write, true lazy bum style! I’ve usually got a cup of tea at my elbow, and my cat usually comes to keep me company by snoring in his bed by my computer monitor. (He’s here right now, in fact!) None of these things are really necessary, though—I write every day without fail when I’m drafting, and sometimes that means you have to cram your writing in on an unfamiliar computer or in a journal, on a plane or a park bench, at 2 AM or noon.

I do often go for a walk before I write, though. I find the combination of light exercise and moving around really gets my thoughts flowing in a way I can get excited about, and translate that excitement to the page.

Would you ever ask a reviewer to change their review if it was not all positive about your book/books?
Heck no! Never. Not only is every reader entitled to his or her opinion, but I think that negative or mixed reviews really help people to figure out whether they’d want to pick up the book or not. No book appeals to every single reader out there—that’s just down to personal taste and opinion. So if someone doesn’t like a book, then it’s great for them to explain why so that if another reader with similar tastes comes along, they can make an informed decision about whether to buy or read that book.

While I hope everyone loves my books, I know that there are going to be people for whom it’s just not their thing. And I have nothing against them for saying so!

Are there any hidden messages or morals contained in your books? (Morals as in like Aesops Fables type of "The moral of this story is..")
I think there are messages and lessons to be learned from any good book. Ideally a book should challenge you, excite you, frighten you, console you. A good book changes you.

But I don’t go out of my way to insert morals or themes into my writing. If someone takes something from it, that’s awesome for them, but it’s NEVER the purpose of my books. I don’t usually enjoy moralistic writing myself, and first and foremost I write the kind of stuff I like to read. I find overt messages and morals to be pretty off-putting!