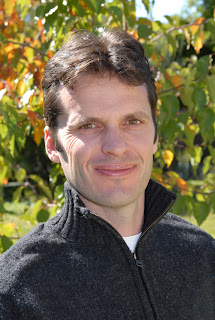 “Sad stories make good books,” says Soraya in Khaled Hosseini’s novel The Kite Runner, and it’s hard to imagine two stories more sad than Alzheimer’s disease or life in an orphanage early last century. So, the biggest challenge I faced in my novel, The Grey Cat, was to take these two sad stories and turn them into one good book.

With Alzheimer’s disease, in particular, this is quite difficult. It would be all too easy to write a book that simply descended towards the inevitable end, and that wasn’t what I wanted to do. I wanted to write a story about a sad topic, but one that left people feeling happy that they had read it. (I’m a big believer that readers, having invested hours of time in reading a book, should be rewarded for their effort!) But the task was made even harder because some people know all too well about the impact of Alzheimer’s disease, while for others it can be difficult to imagine – and too depressing to read about. Based on the experiences of my mother and grandmother, I wanted to write a novel that would appeal to both groups of readers.

I wanted to make it a fascinating story of unexpected twists and turns for readers who weren’t particularly interested in Alzheimer’s, but still make it meaningful for those who have witnessed its effects.

The way I did this was to alternate between a present day story of a woman’s fight to care for her Alzheimer’s-stricken mother, and a story of her mother’s childhood in an orphanage during the Great Depression – a memory that gradually becomes inseparable from the present. The links and interplay between the two stories keep it unpredictable, while their depth keeps it meaningful.

Of course, writing a book isn’t the end of the challenge: there is also the small matter of getting it noticed in a marketplace flooded with thousands of ebooks from thousands of unknown authors. Because of the book’s subject matter, I was able to ask celebrities in the UK and Australia (where much of the story is set), to provide a comment or endorsement that I could use.

The response was humbling. From prominent Australian businesswoman and ex-magazine editor Ita Buttrose saying that she “could not put it down”, to UK actress Lynda Bellingham calling it “a terrific piece of writing”, and singer Lyn Paul saying “it gave me a sense of comfort that I haven't had since I lost my Mum,” I now had evidence that I’d pulled off the challenge of writing a good book. That left just the final challenge of telling everyone else – so I’d like to thank Jeanz very much for giving me the opportunity to post on her blog!
Posted by Jeanz xx at 09:30