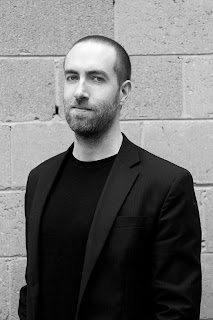 What is your name, where were you born and where do you live now?
My name is Sean Joyce. I was born in Preston in the North West of England, and I’m currently living in .

Did you always want to be a writer? If not what did you want to be?
Yes, I wanted to be a writer from a very early age. I have no idea where the urge came from. I just began to take incredible delight in writing my own stories. Perhaps it was because I was a slightly introverted type, and found I could use writing to delve even further into my own private universe.

Do you work another job as well as your writing work?
Yes, I teach English as a Second Language, which means I spend a lot of time travelling. It also means I have to summon the will power to write for a few hours each day after spending vast amounts of mental energy explaining the wonders of English grammar. But I’m not complaining… well, maybe, just a little.

What is the name of your latest book, and if you had to summarise it in less than 20 words what would you say?
My debut novel is Project Hope, a contemporary dystopian story set in a troubled neighbourhood closed off from the outside world. 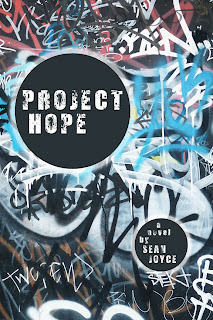 What can we expect from you in the future?  ie More books of the same genre? Books of a different genre?
While I’m planning to write a sequel to Project Hope, the novel I’m currently working on is utterly different. It’s a comic literary story written in the first person, and is unlike anything I’ve written before. I feel it’s important to experiment and stretch yourself as a writer if you want to improve. Plus, I would personally get very tired of always writing in the same genre. I have ambitions to one day write the British version of a western.
(Don't forget me, when you want the sequel reviewing! I would love to read more about the characters in Project Hope.)

Do you have a favourite character from your books? and why are they your favourite?
I admire Dylan, the main character, mostly because he possesses a lot of attributes that I wish I had. He’s wise beyond his years, and a natural, yet also reluctant, leader. But most of all, he’s an artist who uses his art form to rebel against oppression, and at great risk to himself and his loved ones. Fortunately, I don’t have to worry about this kind of censorship, but there are still so many artists in the world fighting oppression through their work. You only need to look at recent high-profile cases such as Ai Wewei in to see this is true. I have incredible respect for all of them.
(I liked Dylan but I loved the character Oscar,how he cared for his father was a lovely touch and he was certainly the man to know in the Zones, and he turned out to be a truly selfless friend to Dylan and his sister. I hope there is more about Oscar in the sequel )

Where do you get your book plot ideas from? What/Who is your inspiration?
I think this is a common reply to this particular question, but I’m not entirely sure where I get my ideas or inspiration from. For some reason, various fragments of memory and experience and knowledge sometimes choose to make connections with one another, thus giving birth to something entirely new. I’m not sure that I’ll ever really figure out how it works, I’m just glad that it does.

Do you have a certain routine you have for writing? ie You listen to music, sit in a certain chair?
My routine mostly involves going to my favourite café. I realise the ‘writer in a café’ scenario is possibly a bit of a cliché these days, but it really is the most productive place for me. I treat it like my office. I even have my own table. There is something undeniably invigorating about the combination of drinking coffee and being surrounded by lots of people chatting away around you (or reading and writing). I find I’m able to focus in public places, whereas I often struggle to concentrate when I’m home alone. I know that Jonathan Franzen, a writer I greatly admire, locks himself away in a darkened, sound-proofed room while he’s writing. I personally couldn’t bear that. However, I’m soon leaving , and so will have to begin the search for the next café/office.

Do you have anybody read your books and give you reviews before you officially release them? ie. Your partner, children, friends, reviewers you know?
Yes, I have a reliable troupe of close friends and relatives who read over the earlier versions of the manuscript. My long suffering girlfriend is an avid reader, and also very honest, so she’s usually my first reader. If she doesn’t think its good enough, she’ll say so. After that, I received the most important and in-depth feedback from my editor, Harry Dewulf. Next time around, I’ll be sure to make more use of the many beta reader forums on the internet.

Do you basic plot/plan for your book, before you actually begin writing it out? Or do you let the writing flow and see where it takes the story?
With Project Hope, I started with two characters and a setting. That was all I had, and the rest followed from there. I can’t imagine planning a whole book from the start. I won’t say anything as obvious as “the book wrote itself,” but there is no doubt that many of the most interesting and important parts of the story came out of nowhere, and often after a few wrong turns. So I believe there’s a lot to be said for trusting your unconscious mind and going with it. After all, that’s what the imagination is all about.

Are there any hidden messages or morals contained in your books? (Morals as in like Aesops Fables type of "The moral of this story is..")
I wasn’t trying to preach when I wrote Project Hope, but there is certainly a pretty strong political undertone throughout much of the story. While the scenario of a neighbourhood being walled off from the outside world is slightly fantastical in a British setting, for me it’s informed by reality. You don’t have to look too far to find very neglected communities existing alongside gentrified counterparts.
(I honestly think you get the balance just right and though I won't reveal the "lessons to be learnt" aspect of the book, it is a part of the book I truly enjoyed reading. Your book was not a read and forget type of book, it's more of a think about it and the consequences of such a society. I'd call your book a discussion starter for sure.)

Is there a certain Author that influenced you in writing?
I’m a big fan of Cormac McCarthy, and The Road’s combination of struggle and belief in the face of despair certainly influenced several aspects of Project Hope. The ghost of Orwell’s 1984 was also hovering somewhere in the peripheries of my mind during the writing.

What is your favourite book and Why?  Have you read it more than once?
This is a difficult one, but if I had to pick out one novel, it would be John Steinbeck’s The Grapes of Wrath. For me, it’s everything that a novel should be, and everything that a novelist should aspire to. The scale of it is utterly epic, yet the focus is always on the microcosm of the Joad family. Steinbeck tells the story with such compassion, and in a way that still resonates greatly to this day.

Do you think books transfer to movies well? Which is you favourite/worst  book to movie transfer?
I think that we get so invested in particular books that we have to make intense comparisons with their film versions. But I don’t believe a film is ever really ‘the film of the book’. A film is a completely separate entity that’s merely informed by the book. We create our own movie version in our heads each time we read a novel, and no adaptation is ever going to match up. That said, there are definitely a few good attempts. I think the film version of Atonement is excellent and really captures the novel’s essence. Fight Club is also one of those rare beasts i.e. a movie that’s better than the book. The Shipping News movie, however, was a disappointment. The novel is one of my favourites, and the prose so original and poetic, but none of this power translates into the film. The casting is also off. It took me a while to shake off the image of Kevin Spacey whenever I thought of Quoyle’s character. But fortunately, my own vision won out in the end.
(I totally agree with you on the fact the film is never the film of the book, it's more the film director's perception of the book! Which unfortunately is not always the same as the readers.)

If you could invite three favourite writers to dinner, who would you invite and enjoy chatting with?
My first choice is a pretty obvious one, yet how could you not choose him? I’m talking about Shakespeare of course. Like many people, I’d love to strip away the layers of mystery surrounding his story, as well as just spend a few moments in the presence of a talent so great it’s mind-boggling. Secondly, I’d probably go for Hemingway, he’d probably have a few interesting stories to tell. Last of all, I’d choose another obvious candidate i.e. Charles Dickens. I doubt there would be anyone better qualified to give me some novel-writing advice.

Where can readers follow you?
I can be followed here:

And Project Hope is available at the following links.

Thanks so much for a truly interesting interview that I couldn't resist joining in with (which I rarely do) and I am so glad that Shalini Boland recommended me to read your book! (BIG thank you to Shalini) I look forward to reading the sequel and more of your work in the future.
Posted by Jeanz xx at 11:00