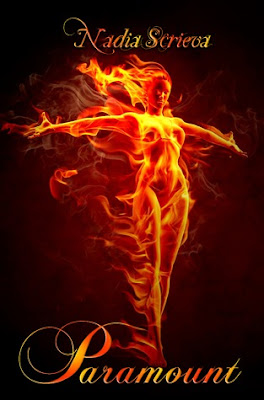 A goddess hell-bent on revenge...

Pax Burnson is the descendant of devas. She has vowed to live her life without practicing her powers, but recent events have overturned her entire existence. Thorn Kalgren has been the love of her life since she was fourteen -- he helped her to heal after the loss of her parents. As a close family friend, he is one of a select few who understand and share her unique heritage. His recent betrayal has released a violence within her that she cannot restrain.

While her first instinct is to escape and forget, her aimless road trip is interrupted by a childhood friend in need. An idea strikes Pax as she sees her own pain reflected in Thorn's sister, Amara Kalgren. She is suddenly filled with a new, all-consuming purpose: vengeance. She believes there is nothing else left.

Using ancient magick and enlisting Amara's help, Pax orchestrates a complex, drawn-out plan to deceive and emotionally destroy her former lover. The friendship and loyalty between the two girls becomes fortified and unshakable as they venture down a dark and twisted path together, encountering formidable roadblocks and demons.

It soon becomes clear to Pax that everything she has been led to believe about her powers and her past was shaped by blatant lies. When she discovers that Thorn's infidelity is closely linked with her mother's death, she is forced to make a life-altering decision...