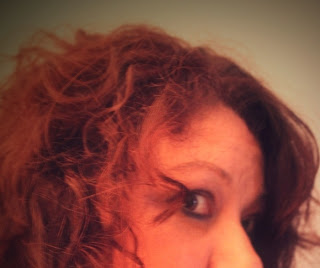 What is your name, where were you born and where do you live now?
You can call me Rachel. "R.L." sounds kind of weird unless I'm a reporter for the Daily Planet. Which I'm not. They wouldn't even give me an interview.
I'm originally from California. I've lived a lot of places, but right now I'm in Kansas.

What is the name of your latest book, and if you had to summarise it in less than 20 words what would you say?
Pooka in My Pantry comes out next week. Twenty words is tough. Let's see...
Empathic wedding planner fights bad luck curse, filthy pooka, and Leprechaun Mafia for right to exist. Also, there are muffins.

Who is your publisher? or do you self publish?
Carina Press is my publisher, and I'm contracted with them for six books in the Monster Haven world. Pooka is book two.

How long does it usually take you to write a book, from the original idea to finishing writing it?
My deadlines are spaced about six months apart. If it were left up to me, it could take years to write a book, because I'm a fabulous procrastinator. But I don't miss deadlines. I spend a few months planning and outlining while going through edits with the previous book and promoting the one before that. I'll be mostly through those things by the end of this month. So, come April 1st, I'll start the actual writing part of book four to be turned in by August 1st.

I think every one is both easy and hard in its on way. Monster in My Closet was hard because it was the beginning of the series, so it was a blank canvas needing to be painted. But it was also easy, because it was the first in the series, so I didn't need to worry about series continuity.
Pooka in My Pantry was easier because I had a better idea of what I was doing. But middles are always hard, and if you look at a six-book series as two trilogies, Pooka is a middle book.
The next book, Fairies in My Fireplace (which comes out in September), was the easiest yet, since I really seemed to have hit my groove, and I was so familiar with the world by then. But it was gut-wrenchingly hard, because I had to do some things in that book that meant a lot of tears while I wrote it.
I'm hoping the one I'm starting in April will be the most fun to write. It's a road trip story. Hijinks and shenanigans should ensue!

What can we expect from you in the future?  ie More books of the same genre? Books of a different genre?
Zoey still has four more books coming after Pooka in My Pantry. There's a character in book three who may get her own spin off after that. Or not. I haven't decided yet. For the foreseeable future, with or without Zoey, expect more quirky urban fantasy from me.

Do you have a certain routine you have for writing? ie You listen to music, sit in a certain chair?
I would love to have a routine. Mostly, I sit on the couch in total silence all day while I work. A few days a week, I go to a coffee shop to do it. I'd probably be more efficient if I had a routine. I'm thinking of buying one, since everyone else seems to have routines.

Do you read all the reviews of your book/books?
When my first book came out, I agreed to let my husband read all the reviews first and tell me which ones would be okay for me to look at. That didn't work. By the time he got home each day, I'd already read any new reviews that had come in. So, yes, I read them.

Would you ever ask a reviewer to change their review if it was not all positive about your book/books?
I don't comment on reviews. If someone addresses me directly about their review, say, in a tweet, for example, I will thank them. But I won't approach a reviewer, especially if they didn't care for my book. No book is going to satisfy everyone. And the reviews were not written for me. They were written for other readers. When I read a review about my book, I'm actually being kind of nosy. I think offering my opinion on their opinion is sort of childish and rude.

Do you basic plot/plan for your book, before you actually begin writing it out? Or do you let the writing flow and see where it takes the story?
I'm a total plotter. I don't start writing until I have at least three things:
1. The opening sentence.
2. Three or four plot-changing events and where they need to fall in the manuscript.
3. The ending.
Usually, I'll also have a pretty decent outline and possibly index cards covered with scenes, characters and places, all stuck to a giant wipe-off board with magnets.
You may go ahead and laugh at me now.

What do you do to unwind and relax? Do you have a hobby?
I watch a lot of movies. Play some video games. Lately, my life has revolved around a brand new Lego fixation. I'm nearly done with all the Monster Fighter sets. Two more and my collection will be complete. I'm pretty sure I get to rule the world, once I've finished them all.

Have you ever based characters on people you know or based events on things that have happened to you?
All the time. People I love are woven into my books. People who irritate me get made fun of as characters. Real life events get turned into something weirder than the reality -- watch for the goat scene in Pooka in My Pantry -- and bits of bizarre conversation I hear get snapped up for later. It's all in there.

Are there any hidden messages or morals contained in your books? (Morals as in like Aesops Fables type of "The moral of this story is..")
Yes, but not intentionally. That sort of thing shows itself after I've written it.

Do you think ebooks will ever totally replace printed books?
Replace? No. I love my DVR, but I watch live television, too. I love my HuluPlus account, but I go to the movies. And as much as I love my Kindle, I go to bookstores, and I have shelves and shelves of print books in my house.

What piece of advice would you give to a new writer?
Never listen to the odds. Don't let anyone tell you what you can't do. If you want it bad enough, demand it of the universe, then sit your butt in the chair and make it happen. You are in charge of your future-- not statistics, not other people, and not some faceless industry. If you want it, reach out and take it.

And any other information you wish to supply?
If you'd like more of Zoey and Maurice, or if you'd like try out the Monster Haven world before you read the books, you can download a free short story that falls between book one and book two here: Ill-Conceived Magic.

Sandra, thanks so much for having me on your blog! Great interview questions! --Rachel
You're Welcome Rachel and Thank you for taking part!