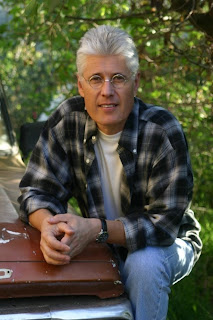 My name is Obren Bokich. I'm originally from Boise, Idaho. I now live in Los Angeles.

Did you always want to be a writer? If not what did you want to be?
I decided I wanted to be a filmmaker when I was about 14, writing my own films, of course. I also dreamed of writing novels, but for most of my life I didn't believe I could do it. The most surprising thing about The Cinderella Blues for me was that I enjoyed writing it more than a screenplay. 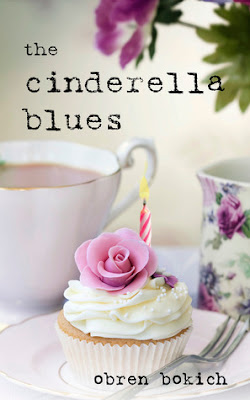 When did you first consider yourself as a "writer"?
I had poetry published when I was still a teenager, so I guess that would be it.

Did it take a long time to get your first book published?
Yes. And it looks like it will be even longer for the second.

Do you work another job as well as your writing work?
I also write screenplays and work in film production.

What is the name of your latest book, and if you had to summarize it in less than 20 words what would you say?
I'd rather not divulge the title at this moment. My wife calls it "The Unforgiven meets Donnie Darko."

How long does it usually take you to write a book, from the original idea to finishing writing it?
The Cinderella Blues took about a year and a half. I've been working on my second novel for about two years. I began writing the newest book last summer and I'm about halfway into the rough draft.

What can we expect from you in the future? ie More books of the same genre? Books of a different genre?
I write what interests me. The Cinderella Blues is a Romantic Comedy. My second novel is very hard to categorize, but I would say Metaphysical Literary Fiction, but it's also violent, funny and sexy, and there are ghosts and demons in it.

What genre would you place your books into?
Impossible to say. I write what interests me.

What made you decide to write that genre of book?
The Cinderella Blues was inspired by my disgust at seeing Sandra Bullock forced to kneel in an elegant short skirt suit before a man on a New York sidewalk in the film The Proposal.
I wanted to write a romantic comedy that wasn't degrading to the women in the story.

Do you have a certain routine you have for writing? ie You listen to music, sit in a certain chair?
I work like it's a regular job. After breakfast I sit down to work with my second cup of tea.
Instead of lunch I go for a mountain bike ride, which also often involves working on problems in the story. I'm back at it until six or so.

Do you have anybody read your books and give you reviews before you officially release them? ie. Your partner, children, friends, reviewers you know?
I have a rule that I don't read anything in a book or screenplay prior to the previous day's work until the I have a rough draft (not counting making adjustments in the story for continuity). This is because I'm a compulsive editor. By the same token, I don't let anyone else read what I've written until the first draft is done. This is to prevent that self‐conscious voice from intruding on the creative process. My wife is always the first to read it. Then my editor. Then I show it to a very select group of smart literate friends.

What was the toughest/best review you have ever had?
Reviews are so personal. When I'm shopping for something on Amazon, I always read the
reviews first, but I vette them, not only by the writer's style and language, but by their other
reviews, especially for books. I had a GoodReads reviewer say she stopped reading at page 50. I looked at her other reviews and understood immediately why she wouldn't enjoy my book.

How do you come up with the Title and Cover Designs for your book/books?Who designed the Cover of your books?
Adina Baker did the cover for The Cinderella Blues. She's an amazing artist.

Do you choose a title first, or write the book then choose the title?
The title usually comes after I've started work. One day it's there, and you know it's perfect.

Are character names and place names decided after their creation? Or do you pick a character/place name and then invent them?
Characters sometimes name themselves naturally. Sometimes I use reference books or the
Internet. My second novel is set in 1865, so I sometime looked at names in newspapers from the period and locations.

Do you decide on character traits (ie shy, quiet, tomboy girl) before writing the whole book or as you go along?
I have a very clear idea of who my characters are before I start writing.

Do you basic plot/plan for your book, before you actually begin writing it out? Or do you let the writing flow and see where it takes the story?
The first step for all my work is a thorough step outline.

Have you ever suffered from a "writer's block"? What did you do to get past the "block"?
No matter how "blocked" I feel, I have always woken up one day knowing how to write the
story, so I would say for me it's just a matter of not being ready, that the story hasn't completely incubated.

What do you do to unwind and relax? Do you have a hobby?
I mountain bike, cook, play guitar, watch movies, tease my wife.

Have you ever based characters on people you know or based events on things that have happened to you?
All the time. (Be careful how you treat writers!)

Are there any hidden messages or morals contained in your books? (Morals as in like Aesop's Fables type of "The moral of this story is..")
Yes.

Is there a certain Author that influenced you in writing?
Many. I read and reread Graham Greene, Evelyn Waugh and Kingsley Amis. I love Cormac
McCarthy's books and Paul Theroux.

Do you think books transfer to movies well? Which is your favorite/worst book to movie transfer?
Absolutely. The best screen adaptation was One Flew Over The Cuckoos's Nest. One of the worst is another by Ken Kesey, Sometimes A Great Notion. The difference is the scale of the books. Cuckoo's Nest is a novella. Sometimes A Great Notion is three times longer. The reason The Tin Drum was so good is they only adapted the first half of the book.

What are you currently reading? Are you enjoying it? What format is it? (ebook, hardback or paperback)
Cold Mountain, by Charles Frazier. One of the readers of my new book suggested I read it. I
understand why she suggested it. It's a real (paper) book.

Did you read a lot at school and write lots of stories or is being a writer something newer in your life?
I learned how to read with picture books before I started school, and books were my escape,
beginning in kindergarten. When I entered middle school I decided to read the entire library. I was allowed to check out five books a day. I would take them home and start one. If it didn't grab me I'd move on to the next. It was unusual not to find one I wanted to finish, and I'd read it that night. I got to the W's by the end of the ninth grade.

Did you have a favorite author as a child?
My first favorite author was probably Margaret Wise Brown. I read all the Doctor Doolittle Books, plus Freddy The Pig and all 36 of the OZ books.

Do you have a treasured book from your childhood? If yes, what is it?
I still have my copy: Wait Till The Moon Is Full, by Margaret Wise Brown. 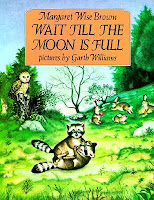 What piece of advice would you give to a new writer?
In the words of Bob Dylan, "know your song well before you start singing." In other words outline your story so you know where you going before you set out on your journey. That doesn't mean it won't change, but you'll always have a seat on the train the next day.

Do you or would you ever use a pen name?
That's funny. When my editor read The Cinderella Blues she pronounce it "Chick Lit," which surprised me (my wife said she thought the same thing; she just didn't say it), and she suggested I publish it under a female pseudonym. I was raised by a proto‐feminist mother who firmly believed that anyone can do anything. What matters isn't my gender, but whether the work speaks to you in an honest voice.
Posted by Jeanz xx at 11:00