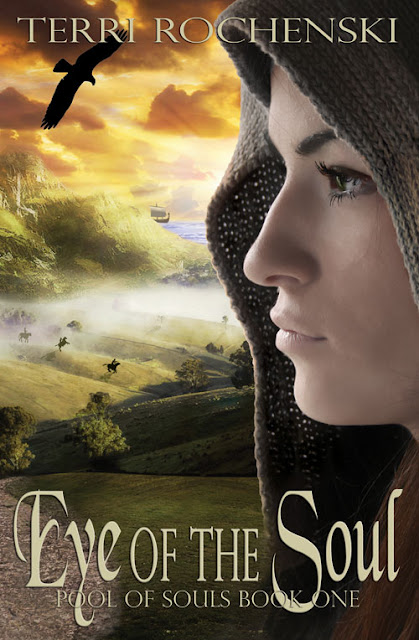 Eye of the Soul

COVER COMMENTS
Mmm I like the cover! . . . Why? I like the figure of the woman at the right hand side of the book, encased in a hood, hinting at mystery. I would suggest the female is probably a strong female character within the book too, and I love kick-butt female characters!
I also like the scenic view aspect on the cover too, you also see the sea in the background too. So there's lots of scope for plot scene settings.
Now to the blurb, so the blurb backs up my thoughts about the main female character pictured on the cover.
So from the blurb would I read the book? possibly not to be totally truthful, having said that I read a short tale by this very Author in the J Taylor Publishing Anthology Make Believe and really enjoyed it.  . . . well the book is not out until October so I have a while to think about it.