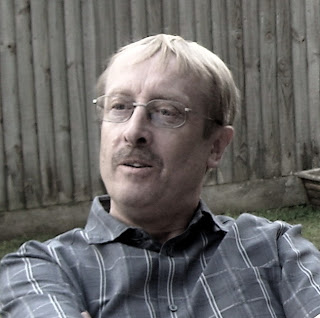 My name is Terry J. Newman. I was born and raised in Ardingly - a small village in Sussex, England. The title of my first novel (“Drayling”) is an anagram of Ardingly. I still live in Sussex.

Do you work another job as well as your writing work?
I retired at 50 from an office job, so that now I have plenty of time to write - would somebody please tell my wife.

What is the name of your latest book, and if you had to summarise it in less than 20 words what would you say?
My first – and, so far, only – novel is Drayling. It is speculative fiction/dystopian sci-fi. It’s a different kind of science fiction book – for the intelligent reader. 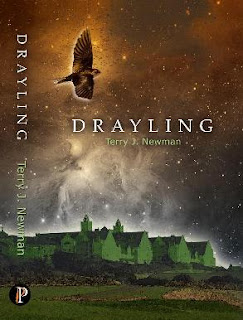 Who is your publisher? or do you self publish?
Drayling is an “indie book” – published as a paperback in partnership with Pen Press in 2011 – and now also available on Kindle.

Do you have plans for a new book? Is this book part of a series?
I’m kicking around the idea of a sequel, but I still haven’t made up my mind. As I said, Drayling is my first full-length novel (my other writing up to now has been topical poetry and short stories), and I’m still exploring – and enjoying – all the post-publishing activity (like this interview!).

What genre would you place your book into?
That’s a sore point, really. The book stores put it on the Science Fiction shelf, because that’s the nearest of a limited number of genres. I guess “futuristic drama” is the best description, because it happens to take place in the future – but it’s not about rockets or little green people.

What made you decide to write that genre of book?
The idea behind the plot had been in my head for years. In fact, I can’t remember where it originally came from. It just evolved really.

Did you follow a set routine when you wrote it? ie You listen to music, sit in a certain chair?
I had to teach myself how to write a novel! It was trial and error. I discovered all sorts of things along the way – notably that there’s no ‘right way’ to do it. It soon became clear to me that every author will write in a different way. Some will use a pen, some will use a pencil. Some will dictate, and some will key into a laptop or word processor. Some will create in short bursts, and others will slave for hours at a time. I know these things now because, at various times in the process, I did all of them. I don’t play music - I prefer silence.

Did you have anybody read your book before it was released? ie. Your partner, children, friends, reviewers you know?
I have some close friends (and a brother) who were very supportive. They read drafts, and fed in constructive comment along the way. I’ve included a “thank you” to them at the front of the book. Also, it was professionally edited.

Do you gift books to readers to do reviews?
I have done, yes, although they tend to be electronic versions rather than hard copy now. (Drayling is a $0.99 book on Kindle.)

Do you read all the reviews of your book/books?
Yes. It’s an important part of my learning process.

What was the toughest/best review you have ever had?
I’ve had the full range. One reviewer very politely said that it would be better if she didn’t write a review, as it would do sales no good at all. On the other hand, Laura Carter wrote the following review for “Readers Favorite” (I agreed to credit her if I quote it):
For over 140 years the world has been at peace: war, homelessness, starvation and corruption are all things of the past. The world has been divided into small entirely segregated counties that are independent of one another; inter-district travel is banned as is all non-administrative communication. In the small community of Drayling in what was previously known as England, all the citizens are as happy and peaceful as the rest of the world until bit by bit everything starts to change. The local historian and his son Marius take it upon themselves with the help of some friends to find out what is going on. Each new discovery only reveals more mysteries until it appears that they have been lied to and misled their entire life but with the help of Stin – a new man in the district and an ancient computer known as Cipherslider they may be able to unravel the truth.

This is such an astonishingly well-thought out book. The world building is fantastic and the author has created a thorough history as to why the world has ended up this way; something which is often neglected in other books of this genre. The book is so detailed it almost appears at times to be a true story, something which I as the reader personally found incredibly enjoyable. I found myself thoroughly engrossed in this masterpiece of a book as it is simply perfect in every way. This is a book that will be loved by all fans of dystopian fiction and mysteries but also by anyone who just wants to read a book that will blow them away with every detail.

Would you ever ask a reviewer to change their review if it was not all positive about your book?
No. I don’t mind if a reviewer tells me it’s rubbish – it’s all subjective, after all. I’d be far more disappointed if no one read it.

How did you come up with the Title and Cover Design for your book? Who designed the Cover of your book?
As I said earlier, “Drayling” is an anagram of my birthplace. In fact, there are twenty five other allusions to Sussex in the book. They’re nothing to do with the story – they’re just for fun. I’m considering running a local competition for charity, because, so far, I haven’t told anyone else what they are (other than the title).
The cover was a collaboration between me and the publisher’s designer, Jacqueline Abromeit.

Did you have a basic plot/plan for your book, before you actually began writing it out? Or did you let the writing flow to see where it took the story?
As I said earlier, the basic idea of the book has been in my head for a long time. The basic plan I followed was to write it out bullet-point style first, and then “flesh it out”. However, there was certainly an element of “seeing where it went” as well. In fact, there were times when it sort of took on a life of its own. Eerily, there were a couple of occasions when a character said something, apparently out of the blue, that explained something that had happened or been said earlier, and which, up to that point, I hadn’t really understood. I guess it means that my subconscious was beavering away, just below the surface, in parallel with my conscious efforts.

Do you think ebooks will ever totally replace printed books?
I hope not. I think there is something about holding a real book that ebooks can’t emulate. There’s room for both.

Do you think children at schools these days are encouraged enough to read? and/or do Imaginative writing?
No.

Did you read a lot at school and write lots of stories or is being a writer something newer in your life?
Reading and writing are both things that I’ve come to in adulthood. I was far too busy playing sport when I was at school!

Is there anything in your book you would change now if you could and what would it be?
I read somewhere that you never finish a book, you just abandon it. In my case, that’s certainly true. I think I could go on tinkering with it forever. I just have to accept that it’s out there now, and there’s nothing I can do to change it!

What piece of advice would you give to a new writer?
If you want to do it, get out there and do it.

Do you or would you ever use a pen name?
No.

Thank you for giving me the opportunity to answer your questions. I’ve enjoyed it.
I hope your readers will read Drayling – and then let you know what they think.

Thankyou for taking the time to drop by my blog to do this Interview and I am looking forward to reading your book. Dystopian/Post Apocalyptic is my favourite genre!
Posted by Jeanz xx at 10:30