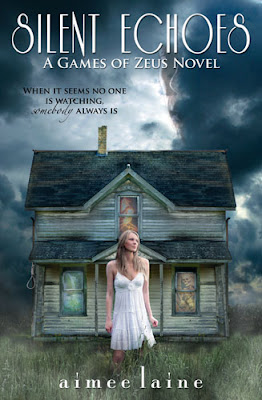 Silent Echoes is a "Games of Zeus" novel but it's not a traditional mythological conundrum. No, as the author, I’ve taken quite the liberties in creating a situation Zeus could have use to mess with we puny humans.

So, to have a little fun as Silent Echoes releases this month, my host here at Jeanz Book Read and Review has challenged me to create a Game of Zeus out of British Bulldog!

How could Zues use British Bulldog upon two unsuspecting humans? How could he manipulate a seemingly inocuous game into a maniacal, devious relationship conflict? Oh, let me count the ways ... or rather, let me show you.

British Bulldog
Per Wikipedia (http://en.wikipedia.org/wiki/British_Bulldogs_(game))  British Bulldog is very much like the American ‘tag’ “Most commonly one or two players – though this number may be higher in large spaces – are selected to play the parts of the "bulldogs". The bulldogs stand in the middle of the play area. All remaining players stand at one end of the area (home). The aim of the game is to run from one end of the field of play to the other, without being caught by the bulldogs. When a player is caught, they become a bulldog themselves. The winner is the last player or players 'free'.

Before we get to the ultimate British Bulldog romance ... let me tell you a little about Silent Echoes.

For years, Ian Sands has enjoyed his life as a bachelor, taking advantage of singlehood and exploring his own definition of passion—whoever she may be. Blonde. Brunette. Tall. Short. Hot. Not. Five months ago, all that changed.

Ian’s been celibate, frustrated and desperately seeking answers to why one woman, who doesn’t play by girls’ rules, haunts his every waking moment.

As a renovations specialist, Taylor Marsh lives, works and breathes construction—a profession her southern belle of a mother would rather Taylor not touch. The same goes for Ian; Mama Marsh would never approve of him.

Like Ian, though, each time he and Taylor draw near, something compels her to get closer.

Something else tells her to run away.

As much as their histories suggest they shouldn’t be together, neither Taylor nor Ian can deny the pull, and the two succumb, indulging in a relationship that brings pleasure to body, mind and soul.

Doing so, though, also ushers in a series of events both should have foreseen as well as one final outcome neither expected.

How could Zeus use a group running game to both bring two people together and tear them apart? Oh let me count the ways!

In fact, this game is a perfect example of a conflict. Let’s say ‘he’ is the bulldog ... just because. She’s got to get away. Well, of course, guys are typically faster and stronger than women, so it would seem obvious that in an enclosed space, he’d be able to catch her. Well, let’s add a little bit of a gimme.

She can do magic. Perhaps she can project herself or turn invisible or can run as fast as Dash from The Incredibles. Something that gives her an edge.

She can’t ‘just end it’. She can’t let him win or she’ll lose her ability — her gift. And if she tries to fake it, her ability will kick in like an involuntary muscle action.

See? We can’t let the humans off easy. Not at all. So now we have guy and girl chasing after each other, wanting to be with each other, but not able to because something is keeping them apart. Repeat, repeat, repeat.

I, however, am a happily ever after writer and will have a solution. Will she give up her little gift in order to be with him? Will he somehow find a way to catch her without her knowing? Oooh, so much fun could be had with this one!

And there you have it. What do you think? Is British Bulldog a possible Game of Zeus?

Aimee is a romantic at heart and a southern transplant with a bit of the accent (but not a whole bunch). She's married to her high school sweetheart, and with him, she's produced three native North Carolinians, two of whom share the same DNA.

With an MBA and a degree in Applied Mathematics, there's absolutely no reason she should be writing romance novels. Then again, she shouldn't need a calculator to add two numbers, either ... but she does.