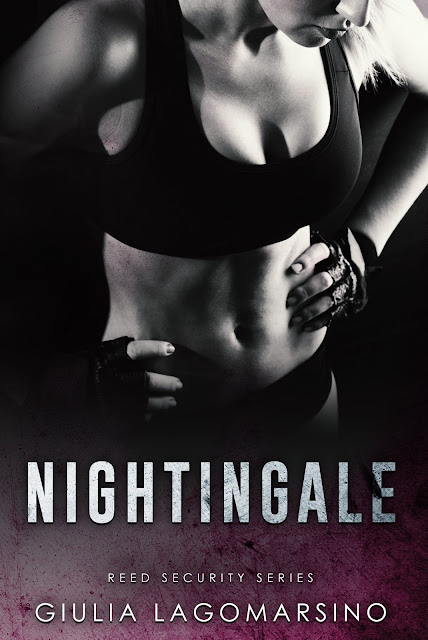 BLURB supplied by Xpresso Book Tours
Nightingale is book 24 in the Reed Security Series, and it is recommended that they are read in order.


I don’t do well with emotions and yucky love stuff. I do the best I can, but at the end of the day, I’m better at showing someone I love them by fighting for them. That’s the way I’ve always been and how I’ll always be. And I have one helluva fight ahead of me. I’ll do anything for the people I love, but what I didn’t expect was to be fighting the one person I thought would always be on my side. I don’t know if I can ever forgive him for this or if we can ever move forward. Some betrayals are just unforgivable.

Alec
Life is going great. I have the woman I love by my side and a kid that is quickly becoming a huge part of my life. What can go wrong? Then it happens. One phone call changes my world in such a profound way that I’m not sure anything will ever be the same again. I risk losing it all with my decisions, but I have to stand up for what I believe is right. I just hope that when the dust settles, I still have someone on my side. 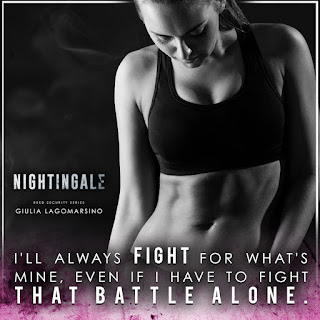 EXCERPT
“What do you have for me?” I asked Rob as I stormed into the IT room.
“You know, just once it would be nice if someone said hello first. Ya know, Hey, Rob. How’s it going? Are you having a good day? Want some coffee?”
“You don’t drink coffee.”
“Still, it would be nice if someone fucking asked,” he grumbled, spinning around in his chair to stare at his computer screen. Rob was just like the guys. He had the same build and most of the same skills, but he was a computer geek at heart, which meant that he would always be on this side of the action.
I plastered a smile on my face and cleared my throat. “Rob, how’s it going? Want some coffee?”
“You forgot to ask if I was having a good day,” he said as his fingers flew over the keyboard.
“Fine,” I bit out. “Are you having a good day?”
He shrugged. “Eh. It’s okay. My sciatica is flaring up again.”
“You don’t have sciatica.”
He spun around and glared at me. “I could have sciatica. How the fuck would you know? This is the first time that you’ve asked me how I was doing.”
“I know because I pay attention when you talk, and you’ve never once mentioned sciatica to anyone.”
“Maybe I didn’t want anyone to know about my condition.”
“Right, because men are so good at keeping their pain a secret.”
“Hey, I’m not like those baboons you work with. I’m a real man that has feelings and shit.”
“Feelings and shit, is that right?”
“Yeah.”
“Alright, so where is this sciatica that you’re talking about?”
“In…my sciatic nerve,” he said, obviously not really knowing what sciatica was.
“Well, I sure as hell hope it’s not in your optic nerve, or we’d all be screwed.”
He huffed out a laugh and shook his head. “My optic nerve. Right. Anyway, aside from that, I’m good today. And yes, I would like something to drink. I’ll take an Earl Grey, please, with milk and two lumps of sugar.”
“Are you fucking with me?”
Rob was a jokester at times, but the thing that made Rob so awesome was you were never quite sure when he was fucking with you. He could fool anyone into doing anything for him because he had a seriously dangerous poker face. He leaned back in his seat and stared me down. It wasn’t like he made me nervous or anything, but I was relying on him for all the help he could give me, so I didn’t want to piss him off either.
“Why would I fuck with you on this?”
“Well, it’s just that tea isn’t really very manly.”
“Oh, so I guess any man that works at Reed Security could only drink coffee that’s so strong it’ll put hair on your chest.”
“Well-”
“I’ll have you know that some teas are even stronger than coffee.”
“I didn’t-”
“And there’s nothing wrong with having sugar and milk in your tea. British men drink it that way all the time and no one judges their manhood.”
“That’s debatable.”
“Now the British, they knew how to do shit. No matter what they’re doing, they have this gentlemanly air about them. A duel at dawn? Have a spot of tea first. Battle of the Somme? Tea always comes first.”
“Except for the poor bastards that didn’t have the luxury of drinking tea because they were on the front lines.”
“Well, yeah, except for that.”
“So, do you want the tea or not?”
“Gatorade,” he said before spinning back around.
“So, all this bullshit-”
“Yeah, I was just fucking with you. But I will take that Gatorade.” 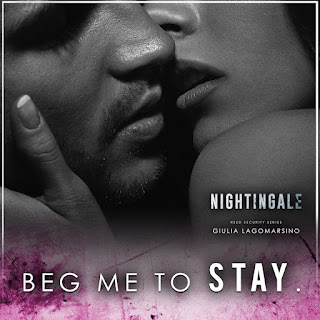 I'm a stay at home mom that loves to read. Some of my favorite titles are Pride and Prejudice, Harry Potter, Lord of the Rings, and Horatio Hornblower. I started writing when I was trying to come up with suggestions on ways I could help bring in some extra money. I came up with the idea that I could donate plasma because you could earn an extra $500/month. My husband responded with, "No. Find something else. Write a blog. Write a book." I didn't think I had anything to share on blog that a thousand other mothers hadn't already thought of. I decided to take his challenge seriously and sat down to write my first book, Jack. I was surprised at how much I enjoyed writing. From there, the stories continued to flow and I haven't been able to stop. I hope my readers enjoy my books as much as I enjoy writing them. Between reading, writing, and taking care of three small kids, my days are quite full. 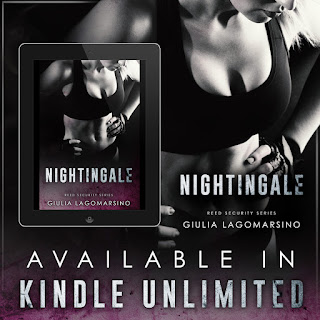