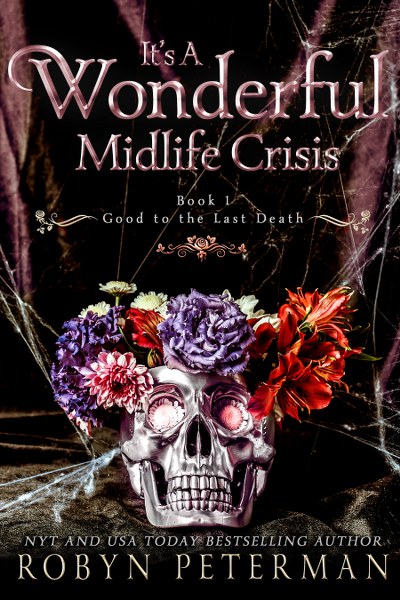 BLURB supplied by Silver Dagger Book Tours
Whoever said life begins at forty must have been heavily medicated, drunk, or delusional.

Thirty-nine was a fantastic year. I was married to the man I loved. I had a body that worked without creaking. My grandma, who raised me, was still healthy, and life was pretty damned good.

But as they say, all good things come to an end. I’d honestly love to know who ’they’ are and rip them a new one.

One year later, I’m a widow. My joints are starting to ache. Gram is in the nursing home, and dead people think my home is some kind of supernatural bed and breakfast. Gluing body parts onto semi-transparent people has become a side job—deceased people I’m not even sure are actually there. I think they need my help, but since I don’t speak dead, we’re having a few issues.

To add to the heap of trouble, there’s a new dangerously smokin’ hot lawyer at the firm who won't stop giving me the eye. My BFF is thrilled with her new frozen face, thanks to her plastic surgeon, her alimony check, and the miracle of Botox. And then there’s the little conundrum that I’m becoming way too attached to my ghostly squatters… Like Cher, I'd like to turn back time. Now.

Whatever. I have wine, good friends, and an industrial sized box of superglue. What could possibly go wrong?

All in all, it’s shaping up to be a wonderful midlife crisis… 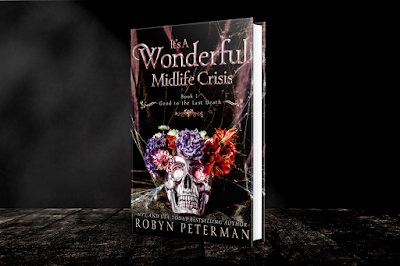 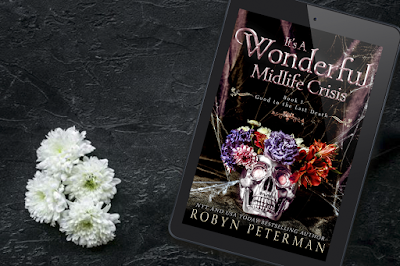 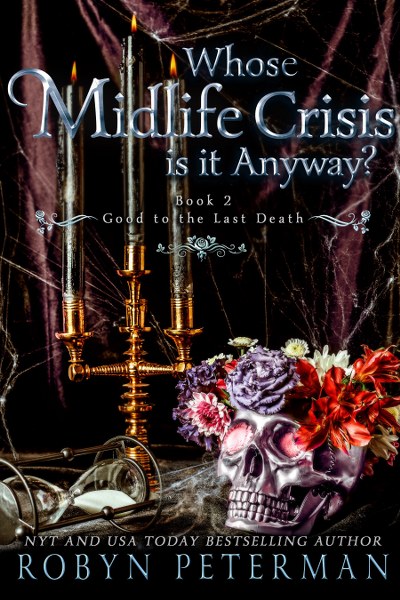 Never knew that life after death was far more dangerous than real life.

Never in my forty years did I think my new normal would be gluing body parts back onto ghosts and hosting a houseful of dead squatters. Thank God for superglue and a strong stomach.

Never thought I’d date the Grim Reaper and that I would be the one to blow it. I mean, how idiotic does one have to be to get dumped by a dude who lives in Hell?

Going about business as usual is not usual in any way. No one is who they seem to be… and to be honest, neither am I. What I’d known to be true has turned out to be myth. The Angels are frightening and the Demons are hot. Wait. I mean not. Who am I kidding? The Grim Reaper is very hot—like a freaking pre-menopausal hot flash hot.

Now I’m in a race against time and all sorts of unsavory supernatural horrors to save my deceased gay husband’s afterlife. And that was a sentence I never thought would leave my lips.

Whatever. I’ll yank up my big girl panties, stock up on wine and lean on my girlfriends as needed. As they say, when the going gets tough, the tough get inebriated… or something like that.

With everything to lose, I have no choice but to grow some lady balls. That I can do. I just hope balls will be enough.

I had planned to live midlife in peace, not in pieces.
Good luck to me… 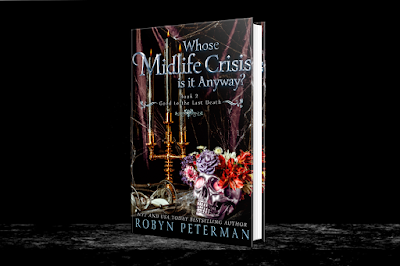 So far, midlife had been a shitty journey. The ride had been out of control, and the crisis was included—whether I’d ordered it or not. 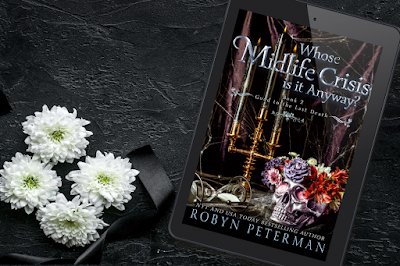 Midlife's a bumpy journey. The ride is a freaking rollercoaster. The crisis is real.

With my life back to normal--normal being a very relative word--one would think I'd catch a break.

One would be very wrong.

With an Angel gunning for me and a Demon in my bed, life couldn't be more complicated. Not to mention, I'm going to have to make a rather large life choice.

Do I want to live forever?

Does anyone? Forever is a very long time.

Whatever. I'll think about it tomorrow... or next week... or next month. As long as I have my girlfriends, my dogs, a super-sized case of merlot and my deceased squatters, I'm good to go. 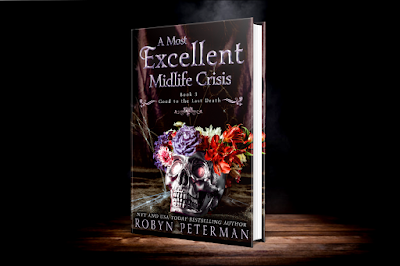 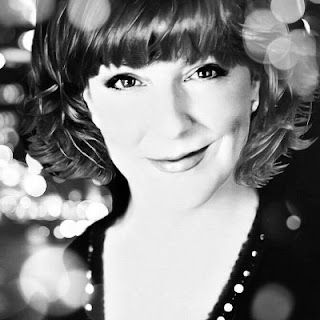 NYT and USA Today best selling author, Robyn Peterman writes because the people inside her head won't leave her alone until she gives them life on paper. She writes snarky, sexy, funny paranormal and snarky, sexy, funny contemporaries.
Her addictions include laughing really hard with friends, shoes (the expensive kind), Target, Coke with extra ice in a Yeti cup, bejeweled reading glasses, her kids, her super-hot hubby and collecting stray animals.
A former professional actress, with Broadway, film and T.V. credits, she now lives in the south with her family and too many animals to count. Writing gives her peace and makes her whole, plus having a job where she can work in her sweatpants works really well for her. 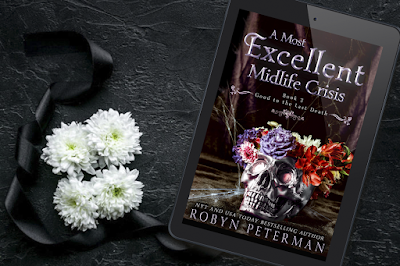 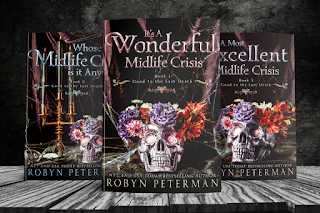