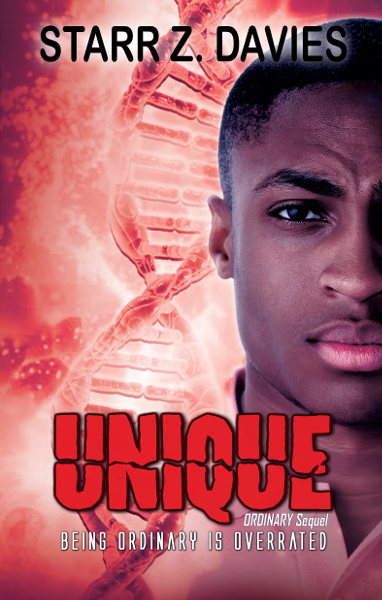 BLURB supplied by Silver Dagger Book Tours
He lost everything. His dad, his best friend, and the woman he loves.

Ugene and the other test subjects escaped Paragon. They thought they were finally safe. But the battle for freedom is far from over.

When a rouge group calling themselves the Protectorate offers to help Ugene, he worries that his friends are falling into another dangerous trap. The struggle for freedom becomes a desperate fight for survival. Ugene is determined to stand up for what’s right and save the oppressed citizens of Elpis from persecution by Paragon and the Directorate.

The deeper Ugene digs, the more he uncovers about the Directorate's sinister secrets, the Protectorate's true goals . . . and the dangerous game he is about to play. 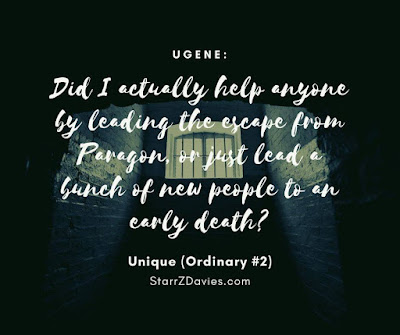 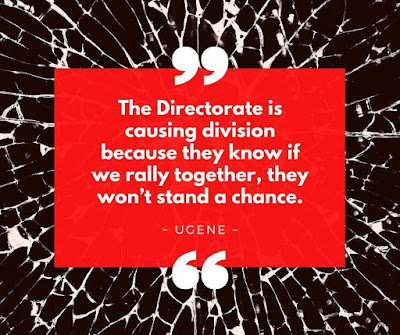 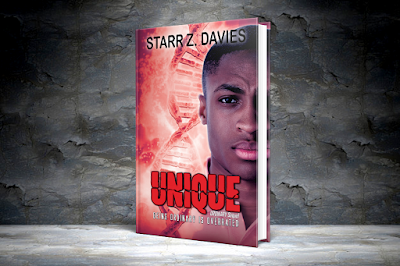 The clean, crisp scent of earth and stone fills the small room I’ve been living in for what I can only assume to be days. I haven’t felt the warmth of the sun or watched the stars for so long and I yearn for their comfort. Occasionally, I catch a whiff of rotten eggs, but the smell is so fleeting and rare I’m not certain if it’s real.
Where am I? This is a prison. Did we even escape Paragon? Maybe this is all part of the same simulation, giving us hope then isolating us to see how we react.
Since waking up here, I’ve only spoken to two people. A woman who told me through the door in a very reassuring tone that I would be released soon. They simply had to make sure that everyone
was safe, and with so many people it could take a while. I asked her a million other questions, but she didn’t answer any of them. Instead, she offered the same assurances that all would be revealed soon.
The second person is the guy who delivers the meals. But he doesn’t say any more than, “It won’t be much longer.” Sometimes, I swear I can hear the sympathy in his voice. Am I imagining it?
The last thing I remember is that we escaped Paragon and I followed the address Mom gave me to Lettuce Eat, where for nearly two days Harvey gave us food and a place to rest while he
arranged our escort to safety. Those of us who remained—forty-two of us out of more than one hundred—climbed into the back of a cold transport truck on the second day. Harvey reassured us that we were being taken to a safer location and that my mom would meet with me soon. But then I woke up here, in this cell. Alone.
Did he sell us out to Paragon? Or maybe none of it actually happened. I lay on my single bed, atop worn flannel sheets, and run my fingers along the smooth gray stone walls of the cell, carved out with Powered hands. The bed and a toilet are the only furnishings.
The door is made of reinforced steel with a small window revealing a brightly lit stone hallway and a panel in the center of the door where the food comes in. More than once, I’ve tried forcing it open by pushing on it, or digging at the cracks until my fingers ache. It never budges. 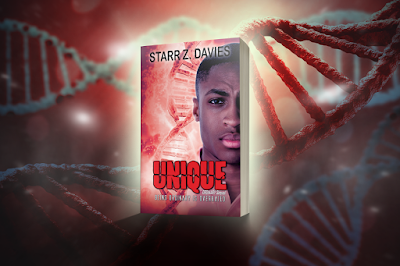 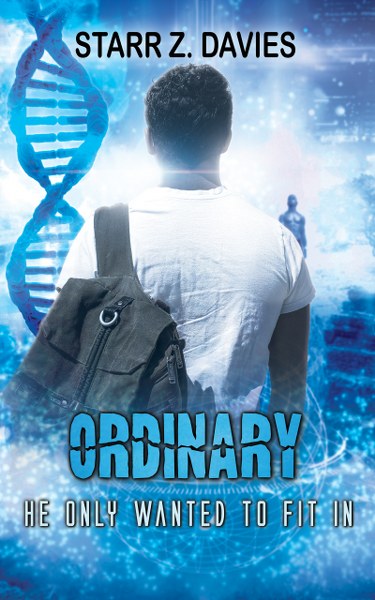 BLURB supplied by Silver Dagger Book Tours
Divinic. Somatic. Psionic. Naturalist. Who will you be?
Having a superpower is ordinary. Your Power determines your job, social class, and future success.

But Ugene doesn’t have a Power. The only thing special about him is that he isn’t special at all. Ugene is Powerless.
So when the most prominent biomedical research company in the city offers Ugene a solution, he jumps at the possibility to be ordinary. All he has to do is agree to allow them to use him in their research. But the longer he stays at the research facility, the more he realizes something isn't right.
Friendships are forged. Trust is broken built and broken. And everything Ugene thought he understood and believed is called into question.

Who can Ugene trust in his search for answers? What is he willing to sacrifice for Powers? 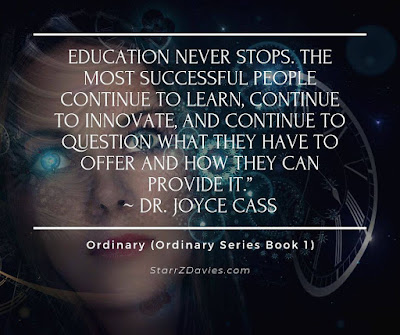 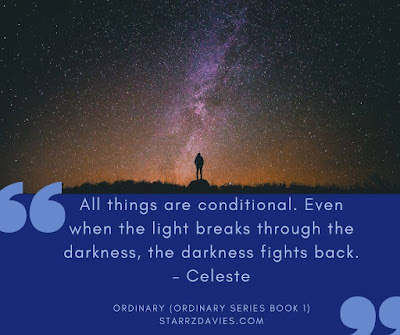 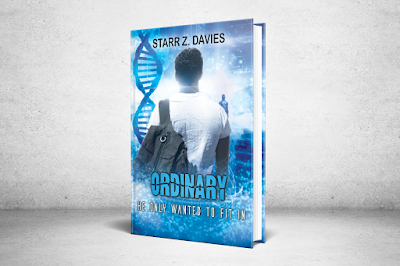 Three days define who a person will be for the rest of their life. The day they are born. Testing Day, where their abilities are determined. And, of course, Career Day, where social status, wealth, and future prospects are decided for them by an exhibition hall of employers.

I passed my birth with great pains. According to stories Mom told me, my labor gave her particular difficulty. After arriving too soon, too weak to survive on my own, I lived in an incubator for the first six weeks of my life in a struggle to survive. It’s why she sometimes—annoyingly—calls me, “tough guy.”

Up until Testing Day, everyone—from my teachers to my neighbors—called me a late bloomer and constantly reassured my parents that eventually I would fall into one of the Four Branches of Powers. They said it as if doing so was something I would just stumble over on the sidewalk one day and say, “Oh look, there’s my Power!”

Testing Day came early in my ninth year of schooling, alongside everyone else in my class. Those who had already developed their ability were divided into groups based on their Branch of Power: Somatic for Powers relating to the body; Naturalist for those with organic Powers; Psionic for the Power of the mind; and Divinic for those with Powers outside our world. Mostly, this division left me and three other kids—Mo, Dave, and Leo—uncategorized. By the end of the day, only I remained unclassified. Testing Day was a bitter disappointment for everyone in my family— including me.

Ordinary people have Powers and prospects. I have neither.

Now I face Career Day, where I get to parade around a convention center with all the other doeeyed, eleventh-year students and try to convince businesses why my Power is worth employment. Except I still don’t have one, and probably never will.

I’ve dreaded this day for years. Now, there’s no escaping it.

Miraculously, my parents haven’t given up on me. They still hold on to the hope that everything is about to change.

For all our sakes, I hope they are right. 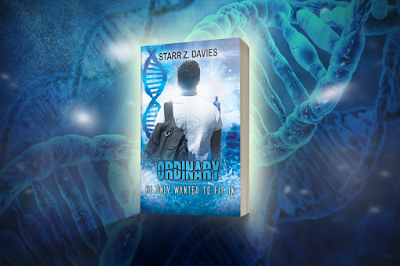 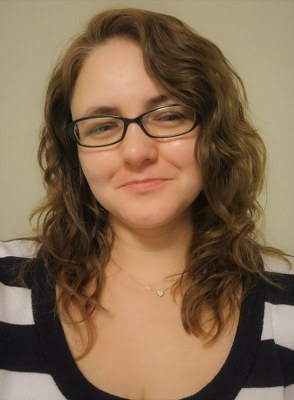 STARR Z. DAVIES is a Midwesterner at heart, and lives in Wisconsin with her husband and kids. From a young age, Starr has been obsessed with superheroes like Batman and Captain America, which inspired her novel, ORDINARY. If Starr had a superpower, she would be an Empath, because she is an emotional sponge and easily relates to how others feel.
While pursuing a degree in Creative Writing from the University of Wisconsin, Starr gained a reputation as the “Character Assassin” because she has a habit of utterly destroying her characters both emotionally and physically.
In her free time, Starr loves watching Doctor Who or anything with superheroes, reading books (duh!), writing about her favorite fantasy stories (Song of Ice and Fire, Mistborn, The Wheel of Time), and staring out the window as she dreams up more stories. Oh, and sometimes she steps out the door. 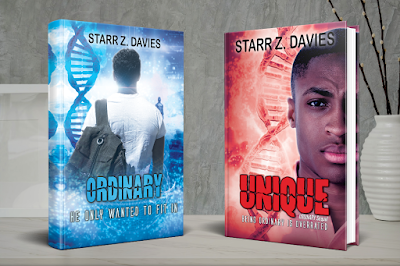