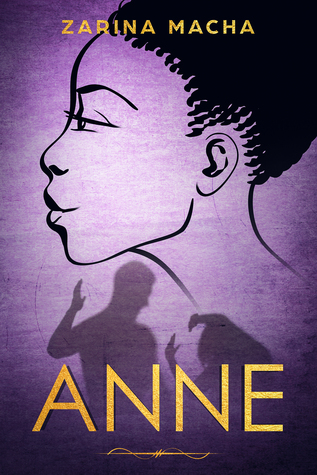 BLURB from Goodreads
‘Are you okay, Mummy? Did Daddy hurt you again?’Anne Mason’s childhood in Richmond emulates suburban bliss, with a wealthy father and a loving mother. But behind the polished windows, Anne’s father terrorizes her mother, shattering their utopian home life with beatings and beer. Home-schooled on a diet of books and museums, knowledge becomes Anne’s only saviour.One night her dad comes home with the news that her mother has left them forever. Unable to care for his daughter, Anne is sent to live with her kindly aunt and uncle. Struggling to settle into day school, Anne enrolls in Lakeland Boarding School. She meets and falls for gentle Karen, whose friends torment Anne and her troubled roommate Simone.Forced to confront her traumatic upbringing, Anne learns the horrors of the past and present. Will love, hope, and inner strength prevail?

As a “survivor” of domestic abuse myself I wanted to read and publicise this book because anything that gets people talking about a tricky subject such as this needs to be shouted about from the “treetops”.

The cover depicts an image of what I think must be Anne, the central character in the book. I love the vibrant purple colour of the cover it fits with the content of the book well. The genres I have seen listed for this book are, Teens & YA but I would add “social issues” to cover the abuse, racism, bullying, peer pressure and sexuality. Perhaps LGBT should also be added to the Teens, YA, and Social Issues.

The main character is Anne Mason and to the outside world she is a happy normal little child. She attends church with her parents every week, where they are a popular family and quite well off as her father, John Mason has his own business. Sadly, inside the home life is a different story for Anne, it is not the family bliss that the family project when at church. As the blurb says “behind the polished windows, Anne’s father brutally terrorizes her mother.” As Anne becomes of school age there is disagreement as to how she should be educated, her mother Martinique wants her to attend the local comprehensive, but John wants her to attend private school. In the end and after Martinique receiving a beating for her voicing her opinion, a compromise is found and Anne is to be home schooled. As John has his own business, he can afford to pay private tutors and also for Martinique to take Anne on trips to museums and galleries. Anne has always kept to herself what goes on in her home behind closed doors but accidentally slips and tells the young girl next door that her daddy hits her mummy. So, the next time the neighbours hear an argument they call the Police. Unfortunately, Martinique covers up for her husband and doesn’t tell the Police what is really going on. One evening John is beating his wife and he makes her go out with him in the car, leaving Anne alone in bed. When he returns, he is alone and tells Anne her mother has gone away and she probably won’t see her again. It’s not long after that John suggests Anne should stay with her Aunt Colette and her family. The book then covers Anne settling into her new situation, firstly attending school with her cousin Zoe and then later attending a boarding school.

The book states it is about domestic violence but to be honest it is so much more, it covers other difficult subjects such as bullying, peer pressure and sexuality. Anne the main character goes through the realisation that she likes girls not boys and the book covers her first crush and her first relationship and what that entails. There are relevant references to popular TV programmes, series, films and music too, such as Orange Is The New Black.
Some of the descriptions the author uses really help you visualise what they are explaining. For example, when telling the reader about Martinique about to receive a beating from her husband John. “She cowered in front of him, a rabbit against a hungry tiger.” Then a scene where Anne knows her father is becoming angry and the violence is about to start. “Usain Bolt had been dubbed the fastest man in the world. His sprints couldn’t have surpassed the speed of my heart as I sat next to my mum, who was gnawing away at her thumb.”

I will be honest at times it felt like the author was really trying to pack in as many issues as she could and I was worried it would become like someone preaching about what is right or wrong. I also felt a bit odd about the following reference “Teachers stood around the classroom, walking past us. My imagination ran away with me and I pictured them as Nazi soldiers assessing us at a concentration camp, ready to toss those of us who did badly into the gas chambers and bring those of us who did well in “for effective use.”  It felt an over exaggeration and maybe some could see it as trivialising the Holocaust. Though I guess some teenagers do over embellish things they are going through. Having said all that I did read the whole book and found on the whole I quite enjoyed it.

My immediate thoughts upon finishing this book were that it was and unusual, unique book that covers so many issues. Not what I had initially expected from the book when I first read the blurb. So difficult to quantify a 'score' for this book. I feel it's worth more than a 3 but then when I compare it to some 4 star books I have read it just isn't quite a 4. Having said all that, I have enjoyed reading this book even though it kind of meandered off the route I expected it to follow. Honestly parts of it read like realistic journal/diary entries of a young girl, who goes through a heck of a lot!


To sum up I think this book would be a great addition to a school library, and to be read within classes as a conversation starter on abuse, race, bullying, peer pressure and sexuality too.