BOOK BLITZ - THE MONSTERS WITHIN BY KODY BOYE 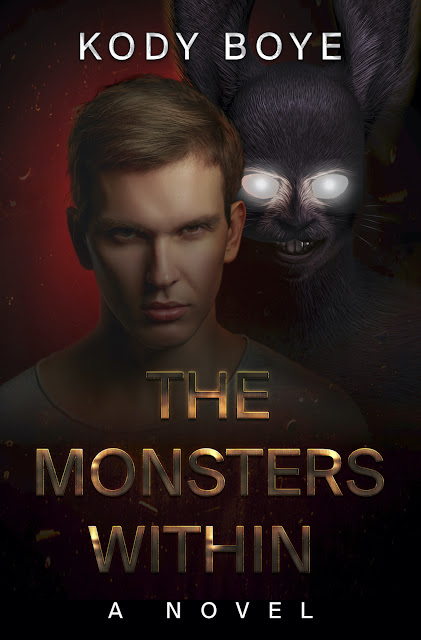 BLURB supplied by Xpresso Book Tours
Not all monsters can be seen.

When Dean McAllen wins a writing fellowship that offers him the chance to escape his abusive homelife, he boards the first plane out of Utah and prepares for a life free of dysfunction.


Not long after arriving in the small town halfway across the country, he meets Brad Michelson. Kind, sweet, and caring, the fellow artist is everything Dean could ever want in a man. He’s also Dean’s first true shot at love.
But what Dean doesn’t know is that Brad harbors a darkness inside of him—and though Brad has struggled to hold it back his entire life, Dean will soon find that the monsters that dwell within Brad’s conscience are real, and out to destroy them both.

EXCERPT
That evening, long after the sun had fallen beyond the fiery horizon and darkness had come to claim our world, I stood beside my bedside dresser and stared at the single pill I held within the palm of my hand.
You’ll be fine, I distinctly remember thinking. You’re just going to get a little sleepy. That’s all.
That’s all?
I laughed.
Getting sleepy as a result of my new medication was the least of my worries. It was the nightmares that could potentially follow that bothered me more than anything.
Still, I knew that I couldn’t stand here forever, and knew for certain that I would lose the pill if I didn’t take it sooner rather than later. For that reason, I tightened my hand around my fist one more time, pressed the pill to my mouth, then slid it between my lips before grabbing my glass of water and swallowing.
By the time it reached my stomach, I could already feel my anxiety taking hold.
“Don’t think about it,” I mumbled under my breath before turning my lamp off and crawling into bed. “Everything will be just fine.”
I wasn’t sure what to expect, how it would work, whether or not its effect would be felt instantly or if I would have to wait for it to accumulate within my system before I would see any true benefit. For that reason, I slid my legs beneath the sheets, settled down atop the mattress, then closed my eyes and tried to sleep.
Unfortunately for me, sleep would not come easy—but it was not because of the medication.
No.
It was because of Brad.
When his text first came in, I wasn’t sure what to expect. I thought my phone was simply going off due to an electronic grade being submitted, or because an email had just come in. But when I saw that the notification that had come in was from Brad, I instantly lifted my phone to unlock my touchscreen.
I expected him to ask how I was doing.
Instead, all he asked was, Can I come over?
I looked up at the clock in the upper right-hand corner of my screen, only to find that it was already ten-thirty at night.
What could he want at this hour of the evening?
I felt that ignoring him would be idiotic, especially considering my phone had slipped in my grasp and my thumb had landed on a key, likely signaling that I was typing a reply. Because of that, I typed, Yeah. Come over.
Then I waited for him to arrive.
He didn’t come through the front door, however. Instead, he knocked on the door that bridged the shared bathroom between us, then entered in only an undershirt and a pair of boxers.
“Brad?” I asked, lifting myself up to get a better look at him. “Are you all right?”
I could see that he had guided himself over by the light of his cell phone, and could see only minute details about him—mainly being the fine hairs on his chin, and the dark hollows of his eyes, which were almost obscured by shadow. What was even odder was that he didn’t immediately respond, but instead lingered there for a moment before saying, “Yeah.”
“You’re sure?” I asked, leaning over to reach for the light.
He cleared his throat and said, “Keep it dark.”
“Why?”
“I’ve got a… a migraine.”
A migraine? I thought, but decided not to say anything.
Instead, I sat upright and considered what I could of his face before saying, “What’s wrong? Other than the migraine, I mean?”
“I don’t like being alone when I get like this. I… hear things, sometimes.”
“Hear things?” I asked.
Brad nodded. “Yeah. Hear things.”
I wasn’t sure how to respond to that. A part of me was immediately on edge, because in my mind, something about this didn’t feel right. Another part of me, though, knew that he was likely just suffering from delirium. I’d heard headaches, when bad enough, could make you see artifacts—shards of light or other phantom auras. Why wouldn’t they cause you to hear things, too?
I didn’t know, and because of that, didn’t bother to question him any further. Rather, I asked, “Do you want to sit down?”
He did—but instead of sliding into a chair, chose to settle down on the bed next to me. His added weight caused the box spring to creak.
“You okay?” I asked.
“I’ll be fine,” he replied. “I just… needed to be around someone. I figured you’d understand.”
“Yeah. I… I guess.”
He leaned back against the wall and closed his eyes. The light from his phone cast a glow cross his face, and for a moment, he sighed—a low, pleasant sound that caused him to hum—before his lips parted. “This is nice,” he said.
“Yeah,” I said. “I… I guess so.”
He chuckled.
I smiled.
He tilted his head back to expose his unshaven neck and hummed again.
“Are you okay?” I said.
“I’m fine,” he offered in kind. “Why?”
“I just… wasn’t sure why you were humming.”
“It calms me down. And keeps me from hearing them.”
“Who?”
“Well… it, I should say.”
“Who’s it?”
“Harmoire.”
The word, pretty like the French armoire, tugged my lips down into yet another frown.
Brad’s low hum pulled me from my thought.
“Do you hear it often?” I asked.
“Since I was a kid.”
“What does it… well… say?”
“I never remember.”
“You don’t?”
He shook his head. “No.”
“Is it saying anything right now?”
“It’s saying… ‘Hello.’”
“Hello?”
Brad nods. “Yeah. Hello.”
The shiver that ran up my spine may have in part been caused by the A/C unit streaming cool air across my back, but at the same time, I couldn’t help but feel creeped out by the whole ordeal.
In the end, though, I knew it was nothing to worry about.
Since when did hallucinations harm people? 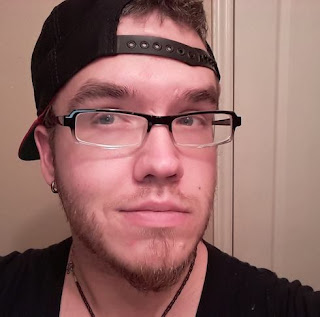 Though he was born and raised in Southeastern Idaho, Kody Boye has lived in the state of Texas since 2010. His first short story, [A] Prom Queen's Revenge, was published at the age of fourteen. He has since gone on to publish numerous works of fiction, including the young-adult novels When They Came, The Beautiful Ones, The Midnight Spell and ALT CONTROL ENTER, as well as fiction for adults. He currently lives and writes in the Rio Grande Valley of South Texas.