The Awen Order of Druids has named Emily Hester as its new leader. Unfortunately, she's no heroine, and her magic needs work. Her long-awaited date with the druid priest has ended in disaster. Now she's stranded on a ledge in Zoo Atlanta with a dragon breathing down her neck.

Worse, the Reptilians are amassing inside the planet. They despise humans. They have no souls. And if they find a way out, our world is doomed. Can Emily escape and seize her magical powers? Or will Earth be left to the mercy of these monsters?

Awen Storm is the second book in the delightful Awen trilogy. If you like original stories with imperfect heroines, you’ll love O. J. Barré’s pre-apocalyptic urban fantasy with engaging characters, intriguing world-building, and a fascinating storyline.

To visit the near-future in which a secret society of druids defends Earth, and reptilian aliens rule the vast world beneath us, buy Awen Storm today. 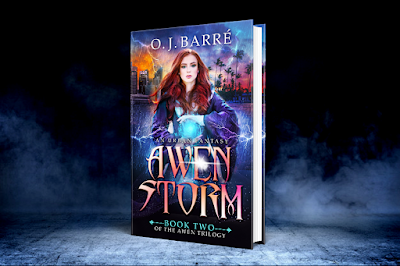 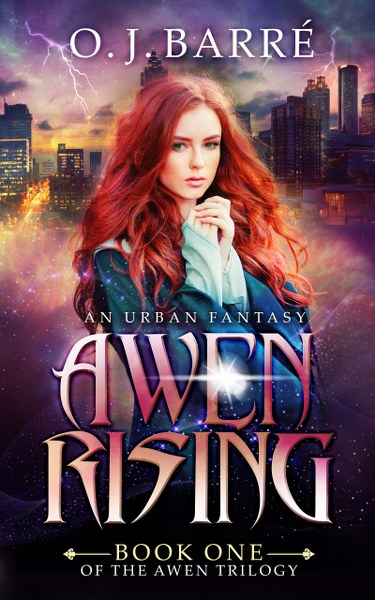 BLURB supplied by Silver Dagger Book Tours
In 2042, evil Reptilian aliens plot to destroy Humanity. Only one Druid can save our world.

Everything is going wrong for Emily Hester. She's lost her fiancé, her nerve, and her career as a Disaster Specialist. Now a storm wielding witch is on her trail. She needs a new identity and somewhere to run.

What Emily doesn’t know is that the Awen Order of Druids is searching for her. Nor that she’s their only hope for saving the world. Can the druids’ dragon keepers find Emily in time to claim her legacy? Or will the reptilian horde overwhelm our world?

Awen Rising is the first book in the exciting Awen trilogy. If you like original stories with imperfect heroines, you’ll love O. J. Barré’s pre-apocalyptic urban fantasy set in a magical world with explosive action, strong-willed characters, and a great plot.

To be whisked away to the near-future with druids and dragons, and nasty reptilians with technology that rivals ours, buy your copy of Awen Rising today. 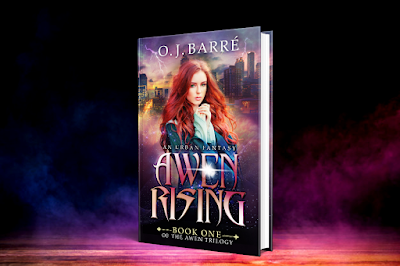 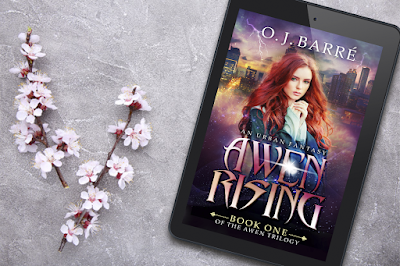 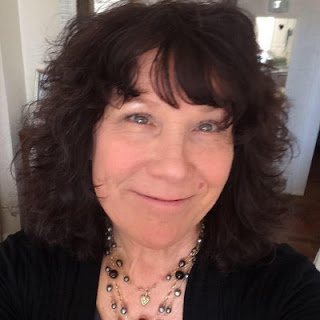 O.J. Barré hails from the lushly forested, red-clay hills near Atlanta, Georgia. From birth, O.J. was a force of nature. Barefoot and freckled, headstrong and gifted, she was, and is, sensitive to a fault. Books became her refuge as a young child, allowing O.J. to escape her turbulent alcoholic home on adventures to untold places and times. Her daddy's mother was a Willoughby, making O.J. a direct descendant of William the Conqueror. Her Awen series is a love letter to that distant past. 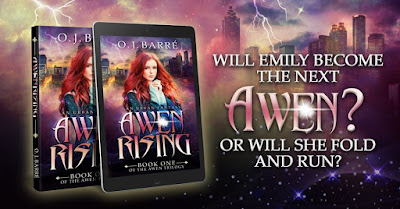