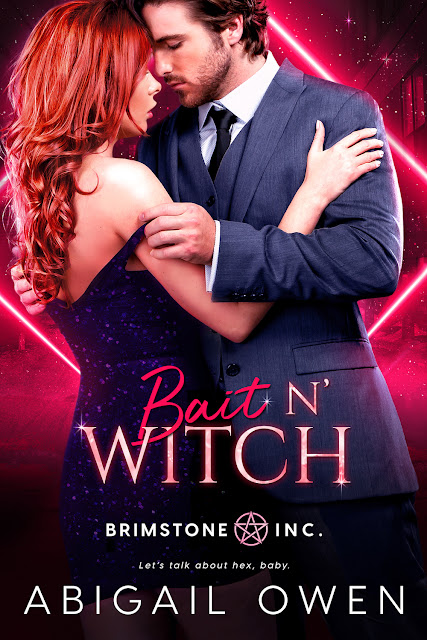 
Rowan McAuliffe has been hiding most of her life. Secretly trained in her powers by an unusual source, she’d been taught not to trust anyone. Especially other witches. However, after she was forced to perform a hateful act against her will, she now hides from the Covens Syndicate and their judgement.

Greyson Masters is the Syndicate’s best hunter. On top of the danger of his job, Greyson is trying to raise his triplet daughters alone, budding new witches who display an alarming combined power no one understands. Too bad he doesn’t have a clue how to deal with them.

Until Rowan walks in and the chaos settles for the first time in…well, ever.

Little does Greyson realize that his new nanny is the very witch he is hunting, and she’s been hiding right under his nose this whole time.

EXCERPT
Her gaze dropped to his mouth, and tension filled the spaces inside him like a curtain of electricity. Awareness, impossible to not call what it was.

Rowan snatched her gaze away, and his head cleared enough for the realization to seep in that he hadn’t smiled, truly smiled, since his wife’s death. The thought struck hard and he rubbed at a spot on his chest as his mind transitioned from turned on, to shock, to aggravated at himself in the space of seconds, left buzzing with emotion either way.
Pulling his own gaze away, he cleared his throat. He shouldn’t be letting his nanny affect him this way. “I should’ve guessed Delilah would send me someone more than capable.”
“I don’t know about that,” she muttered under her breath. “So all of it was a test. The burnt dinner?”
Greyson grimaced. “Yes.”
“The girl’s running away?”
He nodded.
“What about their fight this morning?”
Another grimace. “That was real.”
“And your attitude?”
He frowned. “What attitude?”
She peered at him for a long moment, and Greyson got the uneasy impression she found him wanting somehow.
“Never mind,” she murmured. Was she placating him?
“Are the schedule and the expectations of me the same?” she asked.
“Yes.” What was wrong with his schedule?
Her mouth pursed, but she nodded. “Fine.”
“So you’ll stay?” Oddly, Greyson found himself holding his breath for her response. An hour in her company, surrounded by her wildflower and honey scent, and part of him wanted her to stay. So unlike him, he brushed that wayward feeling aside with irritation and waited for her response.
She sighed. “I don’t have a choice.”
The words, or maybe the way she said them, triggered instinct honed over years of being a hunter. “What does that mean?”
A strong emotion flashed in her eyes. If he had to guess, he would’ve said panic, but the expression was gone so quickly he couldn’t be sure.
Then she offered a sweet smile. “It means you clearly need help. So, yes, I’ll stay.”
Greyson levered to his feet. He needed help, did he? “I’ll be in my room if you need me. Good night, Rowan.” Her name felt strange on his lips. Right and wrong at the same time.
“Mr. Masters—” She stopped him at the door, and he swung to face her, eyebrows raised in question.
She didn’t bother to get up. “Don’t test me like that again.”
Or what?
“Remember…observations can go two ways.”
Did she just imply she was observing him? Before he could snap out a question, she stood and turned off the TV. “Good night.”
Greyson headed back upstairs, coming to terms with a rare experience. He’d been effectively dismissed by a woman who happened to be his girls’ nanny. Most women rushed to please him. Rowan practically sprinted in the opposite direction.
Bigger question…why did her contrary reaction turn him on? 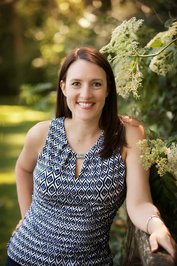 Abigail grew up consuming books and exploring the world through her writing. She attempted to find a practical career related to her favorite pastime by earning a degree in English Rhetoric (Technical Writing). However, she swiftly discovered that writing without imagination is not nearly as fun as writing with it.

Abigail currently resides in Austin, Texas, with her own personal hero (who she totally married!) and their two children, who are growing up way too fast.