REVIEW - THE ONE - THE SELECTION BY KIERA CASS 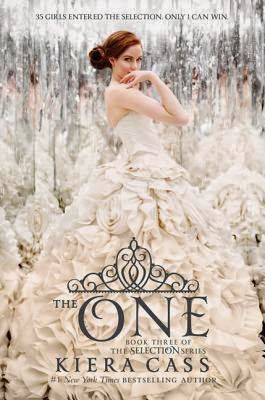 BLURB from Goodreads
The time has come for one winner to be crowned.When she was chosen to compete in the Selection, America never dreamed she would find herself anywhere close to the crown—or to Prince Maxon's heart. But as the end of the competition approaches, and the threats outside the palace walls grow more vicious, America realizes just how much she stands to lose—and how hard she'll have to fight for the future she wants.

INITIAL THOUGHTS
As I really enjoyed this series so far (both the books and novellas I have read so far) I was really looking forward to getting around to read this one. As usual because I had loved the prior books in this series I had high expectations. When I was approaching reading this book and thinking what I would like to see happen and what I expect I was hoping that the "winner" will be chosen. At the same time I didn't want the remaining girls to leave the Palace and therefore disappear from the book, especially if America wasn't "The One" Maxon chose.