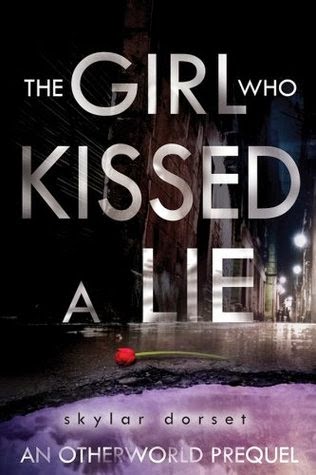 BLURB from Goodreads
Before the enchantment breaks, Selkie thinks she's just an average teenage girl...It's the beginning of summer vacation, and everyone at Selkie Stewart's Boston high school is excited. Except for Selkie, who sees herself standing at the edge of an abyss of Nothing To Do. Selkie doesn't want to spend her summer scouring the kitchen for gnomes with her crazy aunts or mooning over the enigmatic boy on Boston Common. So instead Selkie goes in search of a job. What she finds is a new best friend, a cute boy who might be more than he seems, and even more question about her mother and her past — and a sense that Selkie's adventures are just beginning. 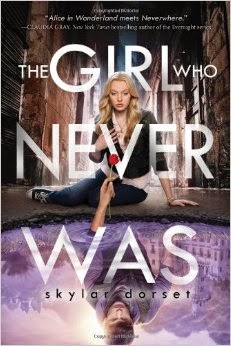 BLURB from Goodreads
THE GIRL WHO NEVER WAS is the story of Selkie Stewart, who thinks she’s a totally normal teenager growing up in Boston. Sure, her father is in an insane asylum, her mother left her on his doorstep—literally—when she was a baby, and she’s being raised by two ancient aunts who spend their time hunting gnomes in their Beacon Hill townhouse. But other than that her life is totally normal! She’s got an adventurous best friend who’s always got her back and an unrequited crush on an older boy named Ben. Just like any other teenager, right?When Selkie goes in search of the mother she’s never known, she gets more than she bargained for. It turns out that her mother is faerie royalty, which would make Selkie a faerie princess—except for the part where her father is an ogre, which makes her only half of anything. Even more confusing, there’s a prophecy that Selkie is going to destroy the tyrannical Seelie Court, which is why her mother actually wants to kill her. Selkie has been kept hidden all her life by her adoring aunts, with the help of a Salem wizard named Will. And Ben. Because the boy she thinks she’s in love with turns out to be a faerie whose enchantment has kept her alive, but also kept her in the dark about her own life.Now, with enchantments dissolved and prophecies swinging into action, Selkie finds herself on a series of mad quests to save the people she’s always loved and a life she’s learning to love. But in a supernatural world of increasingly complex alliances and distressingly complicated deceptions, it’s so hard to know who to trust. Does her mother really wish to kill her? Would Will sacrifice her for the sake of the prophecy? And does Ben really love her or is it all an elaborate ruse? In order to survive, Selkie realizes that the key is learning—and accepting—who she really is. 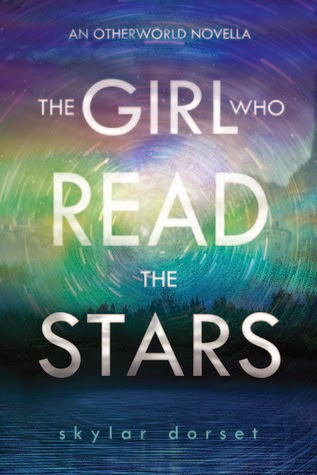 BLURB from Goodreads
"So maybe you’ve finished reading THE GIRL WHO NEVER WAS and you’re angry about the cliffhanger and you’re anxiously awaiting THE BOY WITH THE HIDDEN NAME (in December! which will be here before you know it! I promise!).Well, if that’s the case, I have good news, because there is a FREE e-novella coming this October, THE GIRL WHO READ THE STARS, and just look at this gorgeous cover!!" --from Skylar Dorset's website. 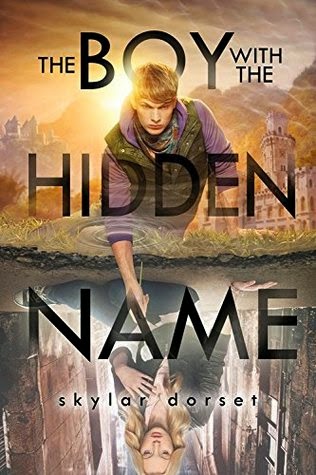 BLURB from Goodreads
This is not your average trip to Fairyland...Selkie Stewart has just saved her quasi-boyfriend, Ben, from a fairy prison run by the Seelie Court. If they weren't the two most-wanted individuals in the Otherworld before, they definitely are now. Along with Ben and the rest of their ragtag group of allies-Selkie's ogre aunts; a wizard named Will; Ben's cousin Safford; and Kelsey, Selkie's best friend-Selkie is ready to embrace her destiny and bring the Court down. Until she hears the rest of her prophecy: Benedict le Fay will betray you, and then he will die. 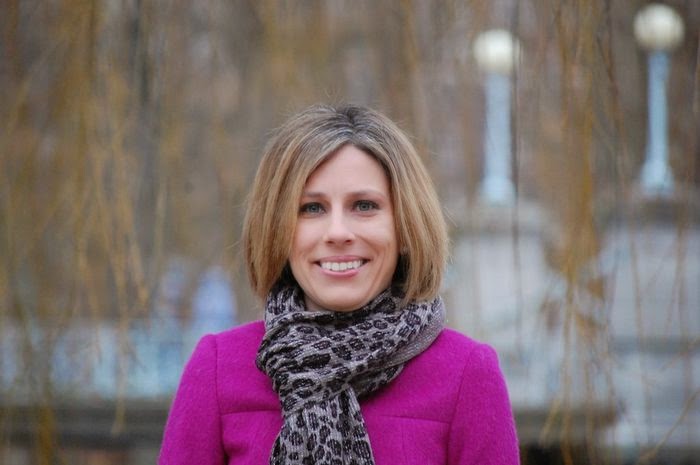 What genre would you place your Otherworld Series books into?
I would call them young adult fantasy books.

What made you decide to write that genre of book?
I realized that the books I was most enjoying reading were young adult books, so I really wanted to write in that genre. It just seemed like you could do so much really fun and interesting stuff there. And fantasy was really calling to me, especially fantasy rooted in the real world, which is what the Otherworld books really are. I was always explaining the crazy things around me by pretending they had supernatural explanations. I figured I might as well write them all down!

Do you have a favourite character from your books? and why are they your favourite?
Oh, gosh, it’s actually really hard to choose! But there are characters I would love to write more about, of course. I love Ben, but Selkie loves Ben, so that’s probably not fair. I also really love Will, I think he’s probably lived a really interesting life and I’d love to explore more of it. You’re about to learn a lot more about the Goblin King in THE BOY WITH THE HIDDEN NAME, and I seriously adore him, and I hope all of you do, too. And I love Merrow, who’s one of the other fays you’re going to meet in THE BOY WITH THE HIDDEN NAME, but you can also read all about her story in my (free!) e-novella THE GIRL WHO READ THE STARS. Merrow’s a delight, go spend more time with her!

If you had to choose to be one of your characters in your book/books which would you be? and why?
I think that I’d be Will. I don’t think I would want to be Selkie, because, let’s face it, her life is crazy! I don’t think I would handle it with half as much grace as Selkie does! But I think it would be pretty cool to be Will: a wizard who has gotten to see centuries of history. I think that would be awesome.

Where do you get your book plot ideas from for the Otherworld ? What/Who is your inspiration?
I was initially inspired by a dream I had that, once I’d poked and prodded at it a little bit, grew into the shape of this story. Of course, the dream didn’t have nearly the details that the book ended up having, so I filled those in. A lot of the inspiration came from faerie lore. But I also have a lot of old books about New England that were written in the early 20th century, and those books say a lot of fascinating things. A bunch of the New England details in the Otherworld books are true, and a lot of them came from my collection of old New England books.

How did you come up with the Title and Cover Designs for your Otherworld Series? Who designed the Cover of your books?
The titles were so hard, let me tell you. I just fail at titles generally in life. I am bad at titling EVERYTHING. I won’t even know what to title the Word document I’m typing these answers in! So my editor was the one who eventually came up with the titles. We worked through a lot of different titles, and I still have lists of titles that I was brainstorming my way through. She was the one with the final bolt of inspiration, and I’m so lucky to have her!
Sourcebooks handled the cover design. I admit I’m not entirely sure how the process exactly went, because what happened was they sent me the design and it was awesome and there you had it! I will say that I got an e-mail over the summer from the girl who served as the model for Selkie, and she was utterly delightful.

Is there anything in your book/books you would change now if you could and what would it be?
Hmm. This is a good question. I think there’s nothing major I would change but there’s lot of little, minor things. When I read the books over now, I notice word choices that irk me, phrases that I think get used too much. But it’s the kind of nitpicky stuff that is always going to be there. A writer is always editing in her head. Someone once said that writers never really finish books, and I think that’s true.

Do you have plans for a new book?  Is this new book going to be part of a series?
I have a million ideas for new books, and picking one has been hard. I actually just finished a draft of a middle grade novel that I wrote for fun, just to see if I could, and now I’m turning my attention to settle down to a new book. The idea I’m toying with at the moment is: A girl from 100 years ago walks into your house out of the blue. She doesn’t know what’s going on, either.

Are there any New Authors you are interested in for us to watch out for? and Why should we watch out for them?
There are so many awesome new authors who are coming at you in the near future, I could never pick just one or even just a handful! We live in a time of great riches in terms of good authors writing good books. We’re so lucky!
Posted by Jeanz xx at 03:00