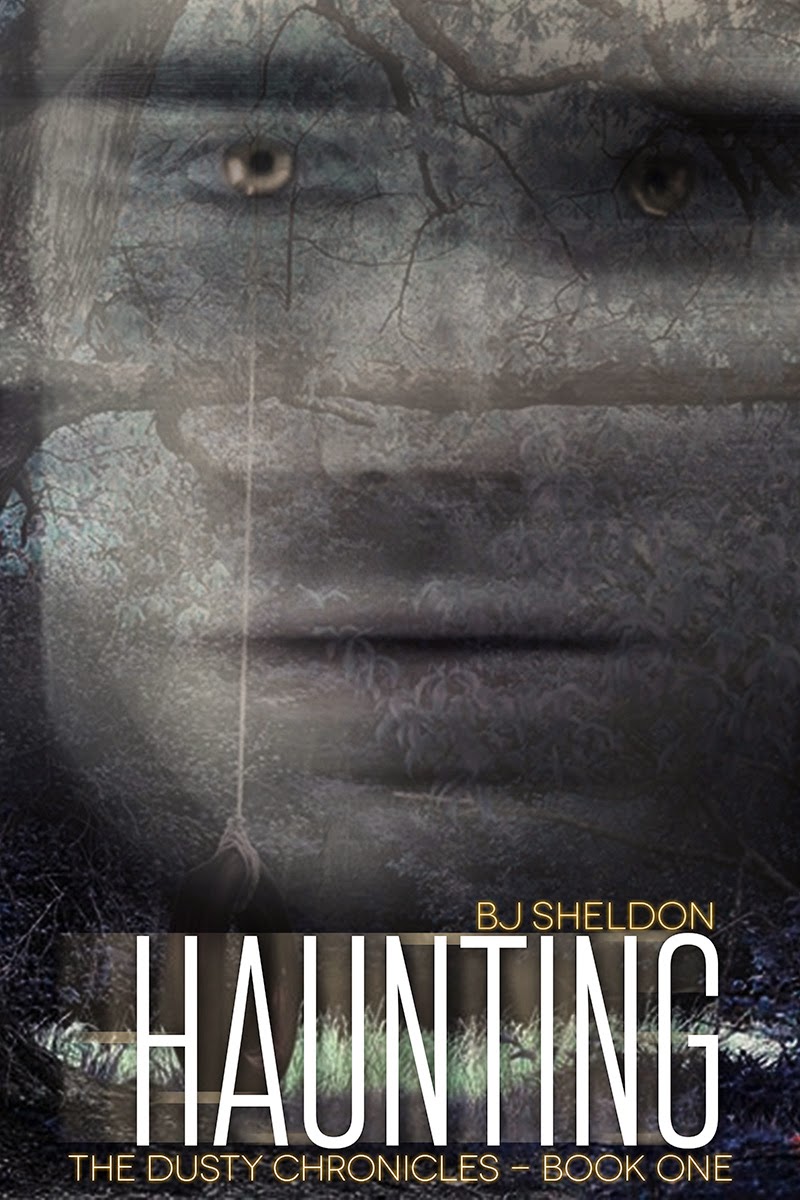 BLURB supplied by Girls Heart Books Tours
After a family tragedy, 15-year-old Dusty Vermeer has to start her sophomore year in a new town and a new school. Rural Iowa introduces her to Mark, a charming football player. Dusty can hardly believe her heart. Then, to her surprise Dusty meets another guy.

The chemistry between Dusty and Jack could spark a prairie fire on a rainy day. The only problem? Jack’s dead. The handsome soldier comes to Dusty in her dreams and introduces her to the horrors of a foreign battlefield and the enchantments of first love.

While Dusty tries to balance her feelings for the two new guys in her life, Jack steps out of Dusty’s dreams and into her reality. And he wants something. Jack has no memory of how he died more than half a century ago. Dusty vows to uncover the mystery, but her quest for justice puts her in the path of evil, a force that won’t stop until she’s silenced. 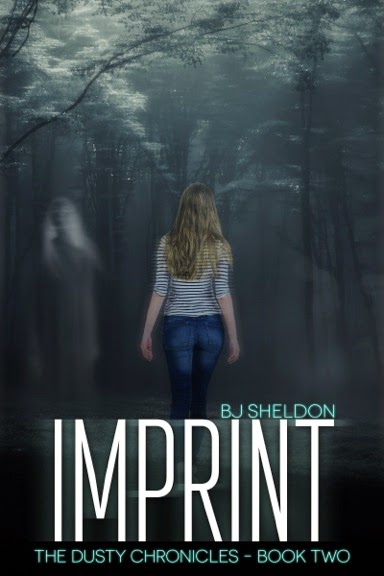 BLURB supplied by Girls Heart Books Tours
Imprint follows Dusty and Jack through the next stage of their doomed romance.

Sixteen-year-old Dusty Vermeer starts off another school year as Mark Schutt’s girlfriend. At the same time, she continues to hide her feelings for Jack Olson, the ghost who haunts her heart. Other entities make an appearance, and Dusty begins to wonder if seeing ghosts has become a permanent part of her future. Tragic past events resurface and imprint themselves in Dusty's world. When Jack is ripped from her arms and imprisoned in a dark void, his absence is more than she can bear.

An invisible enemy grows increasingly violent, and Dusty’s health begins to deteriorate. When she tries to discover what it is that hides in the shadows, Dusty must turn to her family for help and convince her loved ones that she is not insane. Ultimately, she must battle evil, accept her fate and grieve for a love she was never allowed to keep. 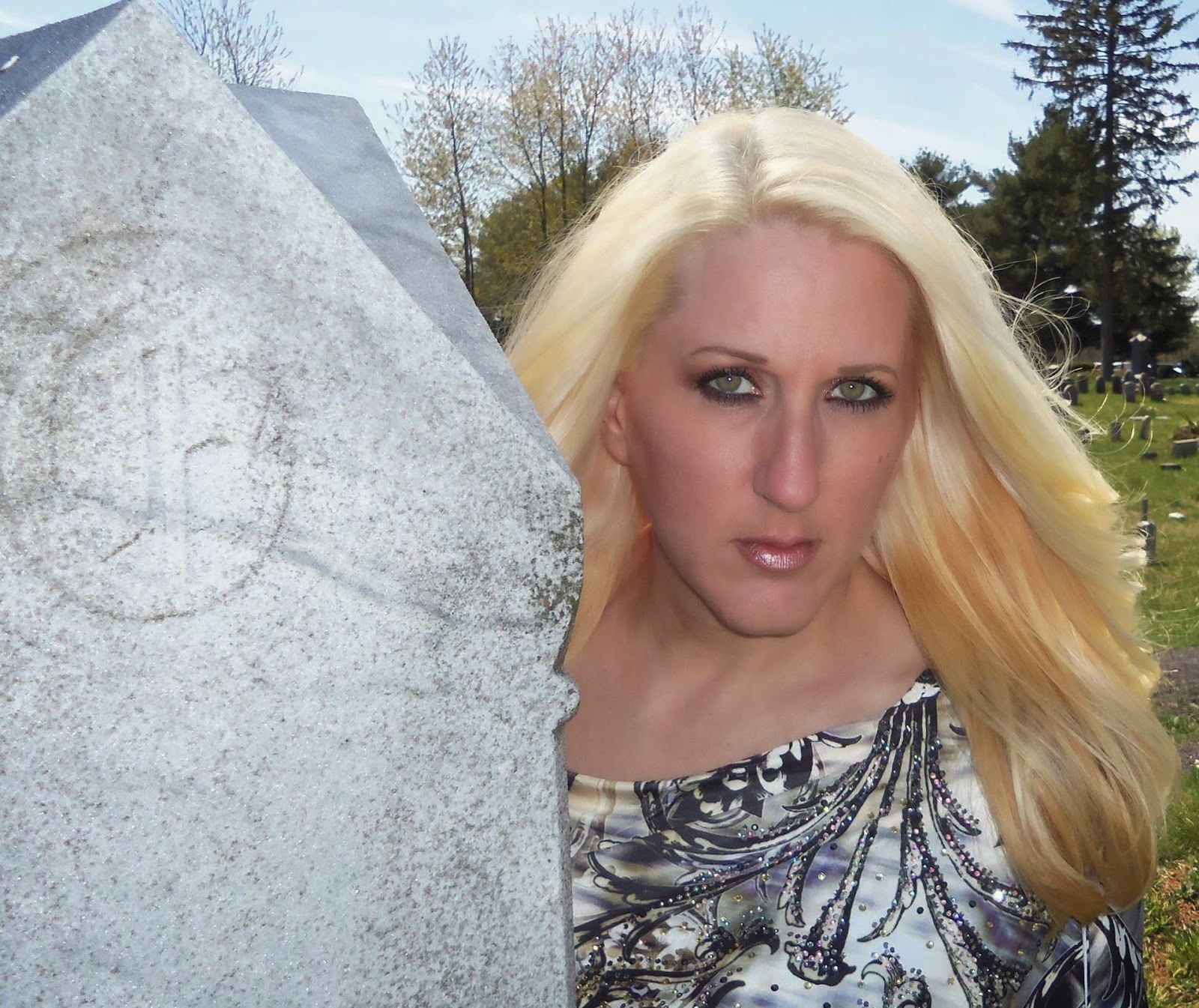 BJ Sheldon lives near Rapid City, South Dakota with her husband, a veteran of the US military. She is the mother to 3 beautiful daughters, 2 of whom are still living at home and making her crazy.

Most days, she can be found in front of her laptop or reading a good book when she isn't trying to keep her dog and 3 cats from taking over the world. Her hobbies include cuticle care, fighting off zombies, and traveling through space and time with a mad man in a blue box.
In 2011, BJ was awarded a silver medal in the Reader's Favorite Award Contest in the Young Adult/Fantasy category for "Haunting". Her first series, The Dusty Chronicles, is a paranormal trilogy that takes a different spin on "paranormal". Future projects include Sci-fi, fantasy, and contemporary romance.

EXCERPT
When Jack wasn’t around, all I could think about was having his arms around me. I remembered past encounters when we were together in my dreams and felt his lips on mine. I would have given anything for him to be real—flesh and blood. To know that the only way I could feel his breath on my cheek or his heartbeat through his chest was to be fast asleep weighed on my mind.
Our timing in life—and death—was horrible. I was constantly pushing those feelings aside as I tried not to think about the inevitable end. I seemed to be in denial, but it was so much easier than dealing with the reality of the situation…Jack would never age and would always be intangible, and I would get older. There was no growing old together. There was no ’til death do us part. He was already dead.
Yet there he was in my kitchen. And there was no more avoiding that something—besides being in love with a ghost—was very odd.
“I’ve felt something,” I said. “Whatever it is seems to be hell-bent on keeping me from getting any sleep. Do you have any idea who it is?”
“I’m not positive it is a who.” Jack’s eyes glowed with worry.
“What’s that supposed to mean?”
“I’m just saying that I’m not exactly sure what we’re dealing with here. There’s definitely something hanging around, but I can’t be sure of anything. I haven’t seen any other entities hanging around. Trust me, I would have if there were. But, I can feel a disruption of some kind. Whatever - whoever - it is doesn’t belong.” Jack started to pace back and forth in the kitchen. “I don’t like it.”
“Well, I’m not exactly thrilled about any of it, either, you know.” My sarcasm hung in the air. “It was strange. The minute I stayed over at Kristi’s the other night, I slept like a baby. For the first time in weeks, I actually felt like myself. It’s almost like whatever it is doesn’t follow me. It stays here.”
“For now.”
I didn’t like the tone in Jack’s voice.