SERIES PROMOTION & INTERVIEW - THE GIRL IN BETWEEN BY LAEKAN ZEA KEMP 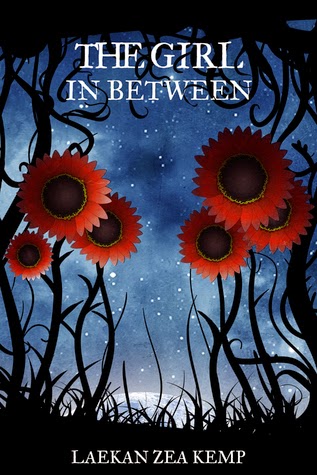 BLURB from Goodreads
Bryn Reyes is a real life sleeping beauty. Afflicted with Klein-Levin Syndrome, she suffers episodes of prolonged sleep that steal weeks, and sometimes even months, from her life. But unlike most KLS patients, she doesn’t spend each episode in a catatonic state or wake up with no recollection of the time she’s missed. Instead, Bryn spends half her life in an alternate reality made up of her memories. For Bryn, the past is a place, until one day a boy she’s never met before washes up on the illusory beach of her dreams with no memory of who he is.But the appearance of this strange boy isn’t the only thing that’s changed. Bryn’s symptoms are worsening, her body weakening as she’s plagued by hallucinations even while awake. Her only hope of finding a cure is to undergo experimental treatment created by a German specialist. But when Dr. Banz reveals that he knows more about her strange symptoms than he originally let on, Bryn learns that the boy in her head might actually be the key to understanding what’s happening to her, and worse, that if she doesn’t find out his identity before it’s too late, they both may not survive.

PURCHASE LINKS
Amazon US
AmazonUK
At the time of doing this Series Promotion
The Girl In Between is FREE on Smashwords! 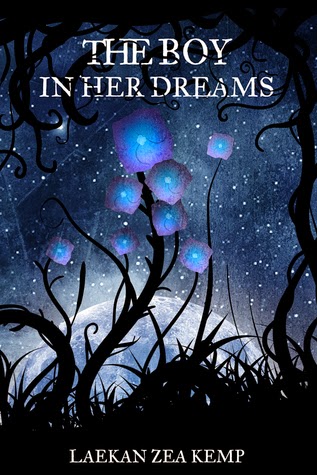 Title: The Boy In Her Dreams
Series: The Girl In Between Bk2
Author: Laekan Kemp
Release Date: 31st October 2014

BLURB from Goodreads
When Roman wakes from a six month coma, the first thing he sees is the girl of his dreams. Except Bryn isn’t confined to the dream-state anymore and neither is he. He’s awake and alive and as the memories of how he and Bryn fell in love come rushing back, so do the memories of why he’s lying in that hospital bed in the first place.Plagued by guilt, Roman makes a decision that alters both their fates and as Bryn fights for her life in a German hospital, Roman must fight for her forgiveness before it’s too late. Because Roman and Bryn weren’t the only things to wake out of Bryn’s dreams. The shadows seem to be hunting them both and a strange side effect of Roman’s miraculous recovery may be the only means of stopping them. That is, if he can reach Bryn before she slips too deeply into the very dreams that seem to be imposing more and more on their waking lives every day.


MY COVER COMMENTS
I just couldn't let this post go by without adding how much I genuinely love these book covers. I love the depth that the blue gives the cover and those red flowers on bk 1. I think the covers suggest something possible dark and both mystical & magical. I would definitely be picking these two up from a book store shelf. If asked I would probably say I wouldn't particularly want to, or get excited about a "fairytale re-telling", but then I read one such book Briar Rose by my favourite author Jana Oliver, the fairytale it was based on was also Sleeping Beauty. Then I read the blurb on this book and the second book in the series and lets just say it had me thinking wow I'd like to read that! So it is added to my WTR. I've also since checked out more of Laekan Kemps other titles, which all pique my interest and lets say my WTRWL (WantToReadWishList) has grown considerably longer!

What is your name, where were you born and where do you live now?
My name is Laekan Zea Kemp and I was born in Lubbock, TX. After graduating from college I spent a few years living in sunny Orlando, FL but am now back in my home state.

Did you always want to be a writer? If not what did you want to be?
My entire high school career I thought I was going to major in social work or journalism and save the world but midway through my senior year I had a mild crisis of spirit and realized that I really wanted to be an artist. I'd always loved to read and spent more time with books than people and even though I'd always glamorized the idea of being a writer I'd never actually attempted it. I'd written short stories and really terrible poetry but making the decision to major in Creative Writing was the real turning point for me.

What is the name of your latest book, and if you had to summarise it in less than 20 words what would you say?
My latest project is a YA paranormal series and the first book is titled The Girl In Between. If I had to summarize the entire four-book journey in less than twenty words I’d say that it’s about a girl with a neurological disorder who learns that the line between dream and reality is non-existent.

How long does it usually take you to write a book, from the original idea to finishing writing it?
Having written six novels at this point, I actually have a pretty accurate calculation of how long it takes me to complete a story from start to finish, which is about 8 months. I take breaks between drafts and am usually working on two manuscripts simultaneously but it usually takes me about three seasons to finish something.

What can we expect from you in the future?  ie More books of the same genre? Books of a different genre?
The sky is really the limit for me right now, especially since I’ve discovered a love of genre hopping. It takes time for an idea to fully form in my head to the point where I’m willing to devote 6-8 months to exploring it so I’m not sure when I’ll revisit the paranormal genre again but I do have plans for a few contemporary romance novels followed by my foray into the dystopian genre.

Thank you for doing the Interview Laekan, and I'll definitely be keeping my eyes open for the dystopian book as it's one of my favourite genres.
Posted by Jeanz xx at 03:00