REVIEW - THE GIFT BY JOANNE CLANCY 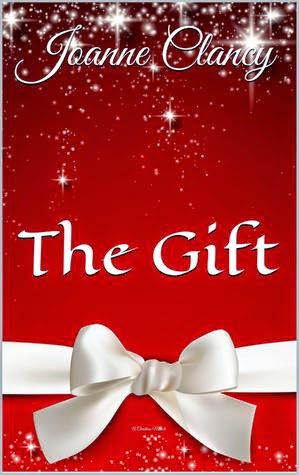 BLURB from Goodreads
Julie wants only one gift this holiday season, but it’s going to take a Christmas miracle to make her wish come true. Julie Hamilton loves Christmas. It’s her favorite time of year, from the cinnamon smell of freshly baked mince-pies to the excitement of buying gifts for family and friends, decorating the tree, and hanging stockings for Santa Claus on the mantelpiece. This Christmas promises to be extra special because she’s expecting the perfect gift--her first baby--on Christmas Eve. However, a chance encounter turns her world upside down, and soon, she’s praying for her very own Christmas miracle. Can the spirit of the Christmas season and the kindness of strangers find a way to make her wish come true?

INITIAL THOUGHTS
Approaching this book, I am expecting a "feel good" warm hearted Christmas themed tale. I am looking forward to learning what the great Christmas Miracle will be.

MY REVIEW
I received this one from Amazon courtesy of the author, in exchange for my honest review.
The cover fits the title quite well in that it looks like a Christmas gift wrapped up.
Would the cover make me pick this one up from a bookstore shelf? If I was looking for a short Christmas themed book, it would yes. Its bright redness on the cover would certainly draw your eye to it.
So there are two main female characters, Julie who is happily married, pregnant, full of Christmas plans and spending the season with her family. She is then told she has to go into hospital to be induced due to a blood test result showing problems.
The other female is a lonely troubled woman, who didn't have the best childhood, as she had two alcoholic parents. She also had an alcohol problem/habit herself. This female is planning for a birth too, she obtains a blank birth certificate. This female has been spending time watching routines at the hospital, and she steals a baby. The reason given for stealing the baby is that she herself was pregnant, and had attended an ultrasound where she was told her baby had died.
I won't say much more about the specifics as that would give away too much. I feel like I have told more of the plot than I would like to already.
This one is a really hard one for me to review, as I don't want to come over biased or too negative. However I really hate the rather predictable cliché of a woman who has had a miscarriage stealing another woman's baby. A woman who has a miscarriage wants their own baby back, not to replace that child with someone else's. As for the description of how the woman was told her child was dead, yes things like that can happen. I would have preferred to know more of her story, leading up to and including the moment she was told the devastating news. The "troubled woman" and her character seemed to be too quickly skimmed over. The novella felt a bit rushed really, this was a decent read but could have been so much more.
As a member of the Miscarriage Association, and of having had been told my baby had died when I had a routine ultrasound I felt disappointed. I wanted the author to have done more research. I wanted to read more of the "troubled woman's" story than that of the perfect Julie and her perfect family. To be truthful the whole idea of a woman who miscarries goes out and steals someone else's baby is one of my pet peeves. It's something myself and my fellow members of the M.A. have discussed, and agreed, that what you want when you have miscarried is your own baby back and that stealing someone else's would be the last thing you would think of. Why would you want someone else to feel such a tragic loss, by you taking their precious child?
The writing style does keep you reading, the pace could have done to have slowed a little, and the plot could have been stretched out more. I felt the author could have explored the whole concept of feeling, grief etc of the "troubled woman's" miscarriage more. Why she thought stealing someone else's baby was the thing to go do. Or if she didn't wish to explore that highly emotional part of the experience within her book, there maybe could have had more details on the police investigation of the stolen child or the Police search.
So did I enjoy this novella? It was alright, I just felt it had more potential to be much better.
Would I recommend the novella? It's not the first novella I would jump to if asked to recommend a Christmassey read, but it's a good novella to read in a short time. A decent quick read. A decent quick read. I did actually read it within one sitting and I have featured it on my "Seasonal Reads" page.
Would I want to read more about the characters in this novella? I would have liked to have known more about the "troubled woman" perhaps had her meet the mother of the baby she stole. I just felt the full potential of this story were not explored.
Would I want to read more books/novellas by this author? Having said all of the above, yes I would still look at other books/novellas by this author.
Posted by Jeanz xx at 03:00