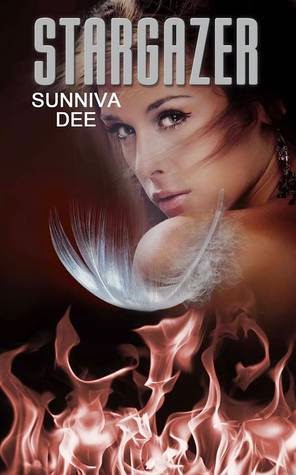 BLURB supplied by Xpresso Tours
I’m Luna, and I’ve been in the Twilight Zone since I moved in with my sister and her boyfriend.
I sense their secrets in every corner of the house.
Gabriel is eerily beautiful, and his personality disturbingly perfect, while Gaia’s inexplicable PTSD and mood swings bounce her between bliss and despair.
Until Gabriel’s brothers pay a visit.
Cassiel…
He’s the night to his brother’s day. He’s sex personified and the devil in one hell of a stunning package. It’s been years since I last saw him, but this man makes me burn. He hooks me with his touch. Enthralls me with those oddly simmering eyes. He pierces my soul with his knowing smirks, and I am losing myself in him.
Ka…
With pearlescent hair and spring green eyes, he crashes into my world. I thought this crazy, beautiful man could mend my bleeding heart. Make things recognizable again—normal. Instead he pulls me from the embers and feeds me to the open fire.
College life. Is this what everyone goes trough? 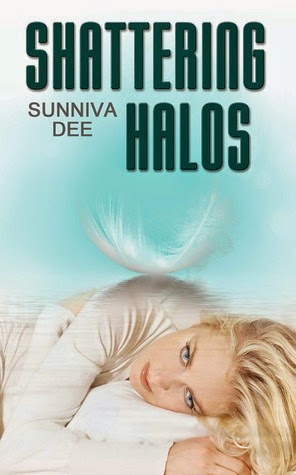 BLURB from Goodreads
I traded my death for love. I wasn’t given a choice. His decision has caught up with us, so now I am a living, breathing catalyst to war between Heaven and Hell.The violations he committed saved my life. Since the collision, he’s appeared everywhere. In my hospital room, my school, even my house. He shows up in my paintings, my drawings, in all of my art projects. I can’t stop thinking about him.He says his name is Gabriel, and he doesn’t understand what’s happening to him. He doesn’t know how I can see him or why he wants me in ways that should be impossible for a Celestial.My obsession grows. I need him to hold me, kiss me—give all of himself. For every day he protects me, the consequences loom darker and taller. Soon, they’ll crash down on us.The war is about to begin.

I write New Adult fiction with a paranormal twist and don’t shy away from romance and heart-wrenching passion when necessary.

I moved from Norway to the United States in 2001, and the first awesome five years I spent in the San Fernando Valley, Los Angeles. Then I read “The Book,” aka Midnight in the Garden of Good and Evil, which spurred my husband and me to move cross country to beautiful Savannah, Georgia.

I’m currently on my seventh year in the Deep South, where I enjoy the heat and the humidity. Besides writing, I spend my time with our “petting zoo” as in an opinionated parrot, a herd of cats that are experts on keyboard shortcuts, and puppies that…uh, bark.

I hold a Master’s degree in languages, with concentrations within literature and linguistics. I taught at college level for a decade before settling in as a graduate adviser at the Savannah College of Art and Design.

Writing is my passion, my joy, and my addiction. When I’m not writing, I read.
Shattering Halos is my debut novel, and its standalone sequel, Stargazer, is due out later this year.


The night was grey when the doorbell rang, and I remained in bed for a minute, gathering my thoughts. I’d dreamed about Cassiel, a sweet mix between my regular dream from Spring Hills and the visit in his apartment yesterday.
The ringing became rhythmic. One long, two short. Another long and two short ones. I threw on the clothes I’d laid out for school and stumbled off to answer.
Outside, Cassiel stood with a small smirk playing on his face. Hands buried in his coat pockets, he looked down at me, awake and ready to go.
“Mornin’,” he said. “Rise and shine!”
“What? Why?” I squinted against the parking lights from his car. “Do we have some sort of…appointment?”
As usual, Zeebs wanted in on the fun. He purred, snaking between my ankles and peering up at Cassiel. I frowned, rubbing the sleep from my eyes. We hadn’t agreed to do anything today as far as I knew, much less at such an ungodly hour. I shoved my bed hair away for a glance at my watch, but before I managed, Cassiel replied.
“In my opinion, we do. It’s already five thirty, so we got to get going if you want fresh bagels.”
“Nu-huh, oh you are so kidding me. Five thirty? Dude! I’m not even hungry.”
Amusement made his eyes shine olive-green. “Don’t worry. You will be when we get there.”
“Cassiel? Rain check. What do you know about bagels here anyway—you just moved here. Besides, I can get fresh bagels whenever I want. With a toaster!”
His laughter rang out sexy, indecently awake. “Nope, not like these. You want them fresh from the oven. With…” He bent lazily, hands still in his pockets and his nose almost touching mine, “loads of homemade, sun-dried tomato cream cheese.”
“Cassiel,” I whined, snubbing the heat unfurling in my stomach at his closeness. “I could be sleeping right now.”
He clicked his tongue, ignoring my complaint. “Where’s your jacket? It’s freezing out here. And your shoes? C’mon.”
Oh no, he didn’t. Did he? Yeah, he freaking did. “Hey!” I cried out as he carried me to his Escalade. He opened the door and dumped me on the seat. 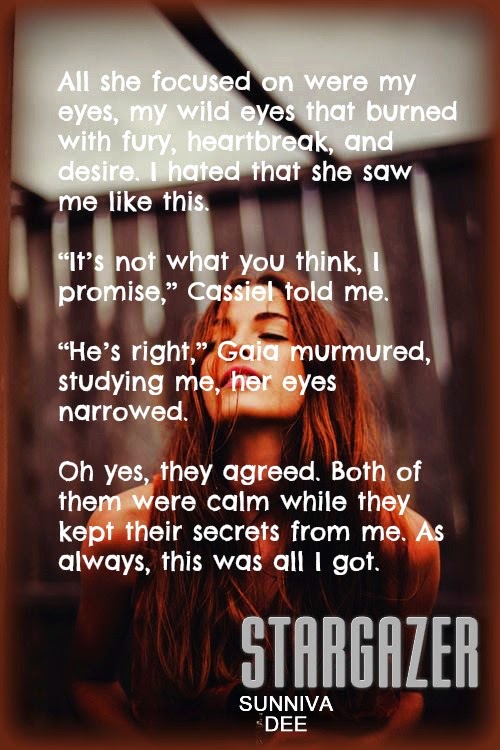 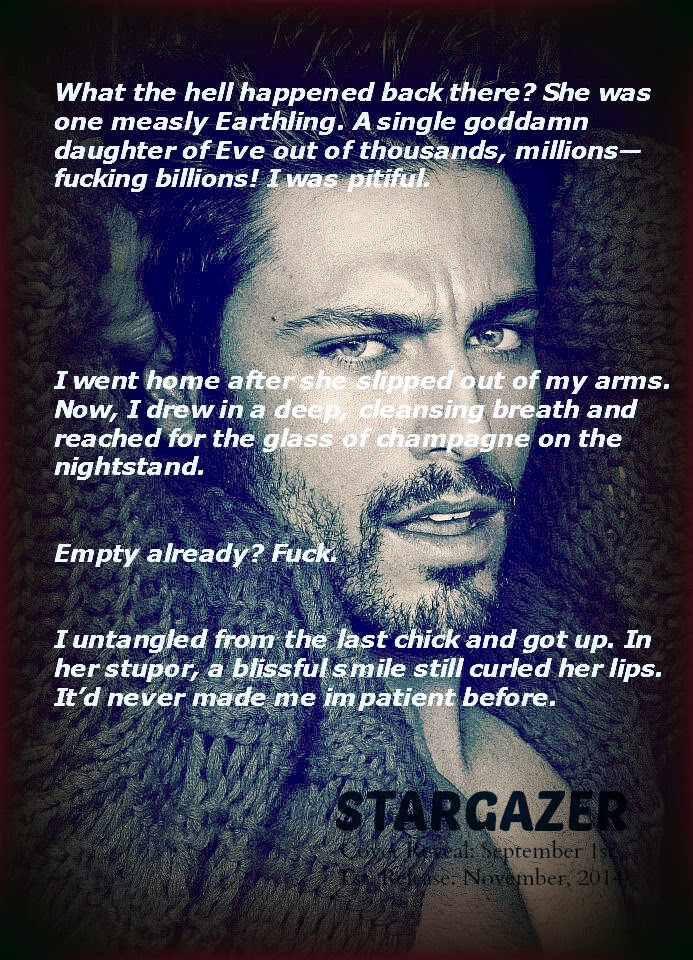