Overview of the Series
The Silver Series is a series about teenage werewolves trying to survive in today’s world. They face the trials and joys that come with being a teenager, as well as the additional challenges of a werewolf. The Silver Series consists of seven books. I have finished the first six and am currently writing the seventh. 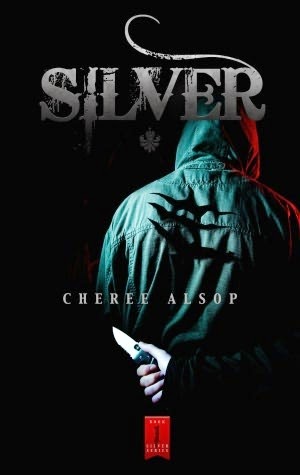 BLURB from Goodreads
Silver, book one of the Silver Series, is a coming of age story about a teenage werewolf whose father is murdered. He has to come to terms with his new life, new school, and new friends while trying to prevent more killings. Attempting to make peace with the territory’s pack and finding out that the girl next door might be more than she lets on make his situation even more perilous. 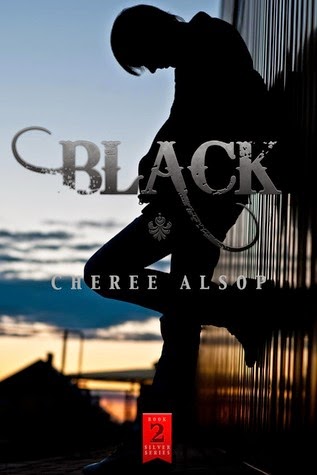 BLURB from Goodreads
Black, the second book in The Silver Series, is about a werewolf raised through the atrocities of a werewolf fighting ring. He is rescued and given the chance at a new life, but haunting reminders of his past follow him as he tries to make a fresh start. He has to confront his dark history in order to protect the girl he loves, or let himself be swept away into the pain and humiliation of the arena once more.The second book of a fresh new werewolf series, Black is fast paced, dark, and shows that love is something worth fighting for. 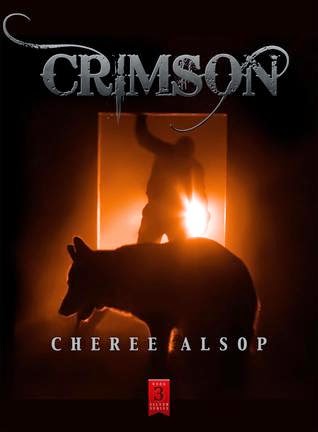 BLURB from Goodreads
Crimson, the third book of the Silver Series, is about a teenage boy who dies in a car accident and awakens a werewolf. Burdened with heavy guilt over his sister’s death in the same accident, Kaynan escapes with a blind girl named Grace who gives him purpose and direction. They seek shelter with a pack of werewolves who brave dangerous odds to help them. Kaynan is given the ultimate chance to make up for his poor decisions, but dying again might be the only way to redeem himself.Crimson is a story of love and redemption amid danger and violence, a story where acceptance of change may be the only way to survive. 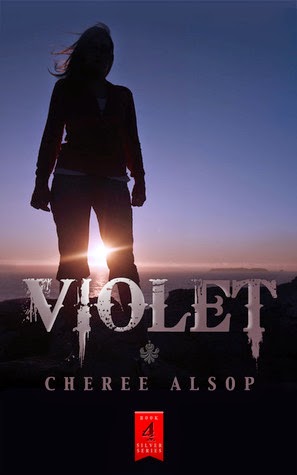 BLURB from Goodreads
Violet, the fourth book of the Silver Series, is about a teenage girl who awakens to the harsh reality of life as a werewolf. Protected by a wild werewolf with golden eyes, Colleen finds solace in his forest and control over her rapidly changing life. But Colleen’s control is put to the ultimate test when her loved ones are in danger, forcing her to choose between freedom or returning to the source of her nightmares.Violet is a story of love amid loss and courage in the face of overwhelming odds. It is a story of finding a kernel of hope within a life torn apart by an accident and a cruel twist of fate. 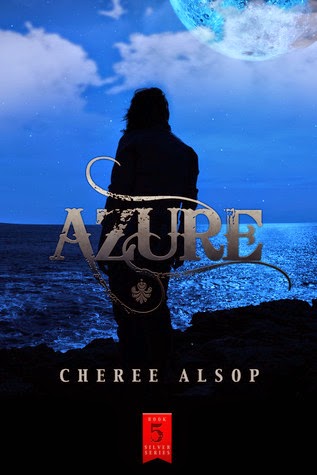 BLURB from Goodreads
Azure, the fifth book of the Silver Series, is about an alpha werewolf who rescues a human from the vengeful grasp of his pack. Nora is the only person who is not afraid of Vance’s size or strength, and in return she gains his respect. When Vance is pushed to the edge of survival, his heart is torn between loving Nora and a werewolf who befriends him with the kindness that is greatly lacking in his life.Azure is a story of strength beyond the endurance of the body. In a world turned upside down by violence, the choice between what the heart wants and the safest solution can be the most important decision of all. 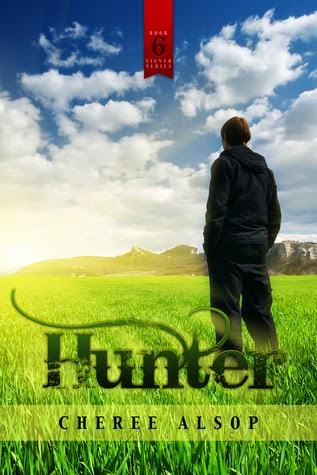 BLURB from Goodreads
Hunter, the sixth book of the Silver Series, is about Dray, a werewolf who feels trapped and alone in his small farming town. He struggles to find his place and fit in despite his differences, then Dray’s world is shaken when a cute girl shows up the same time as a vengeful wild werewolf pack. With Jaze’s help, Dray fights to protect his town, but when Jaze is in trouble, Dray puts everything on the line to help the werewolves who changed his life.Hunter is about finding the courage to step into the unknown. It is a story of risking life for love, and discovering the truth about one’s self in the heart of adversity. BLURB from Goodreads
Silver Moon, the seventh book in the Silver Series, is about Jaze as he fights to hold onto the peace he has achieved for the werewolves. Tensions rise, ultimatums are made, and Jaze is forced to make a decision that will change everything for werewolves, hunters, and humans alike. Hearts are broken, lives are forfeit, and Jaze’s pack is called upon to save those who survive. Silver Moon is about sacrificing everything for love. With those he cares about on the line, Jaze’s courage, loyalty, and leadership are put to the ultimate test. 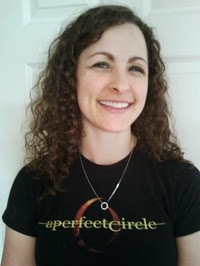 Cheree Alsop is the mother of a beautiful, talented daughter and amazing twin sons who fill every day with joy and laughter. She is married to her best friend, Michael, the light of her life and her soulmate who shares her dreams and inspires her by reading the first drafts and adding depth to the stories. Cheree is currently working as an independent author and mother. She enjoys reading, riding her motorcycle on warm nights, and playing with her twins while planning her next book. She is also a bass player for their rock band, Alien Landslide.
Cheree and Michael live in Utah where they rock out, enjoy the outdoors, plan great adventures, and never stop dreaming.

Cheree Alsop has generously given me permission
to give away 3 e-copy sets of The Silver Series
And as it's e-copies the giveaway is International!
So that means 3 Winners!!

I have attempted to contact Joshua B twice but both emails "bounced back" could you please contact me asap
Joshua via email so I can get your e-books to you?
Posted by Jeanz xx at 11:20