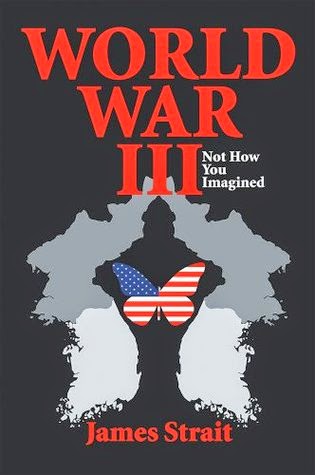 Title: World War 3: Not How You Imagined
Author: James Strait

BLURB from Goodreads
"It had been over seven decades since the world had been officially at war. But
2017 was that modern moment where the forces of good, would again need to
ally themselves to combat the forces of evil. And so it was, the United States and
her Allies would do battle with the nation of North Korea.
But this time, there was a twist.
While the battlefields on the Korean peninsula were filled with the sights and
sounds of modern militaries going toe-to-toe, much of the war was taking place
on America’s streets."


James Strait’s professional career began as a Special Forces soldier. After the military he enjoyed a thirty-year career as a professional pilot, flying over one hundred different categories, types, makes, and models of airplanes. In parallel, Mr. Strait operated a small business providing a variety of esoteric services to civilian companies and the military.

A talk radio host on AM stations in the Philadelphia market, his show, “Strait Talks” has begun airing in 2006. He’s also the author of “Weird Missouri”, and “Déjà vu All Over Again.” His latest book is, “World War III: Not How You Imagined.”