Rising from the depths, a mind-bending monster with an exceptionally long reach unleashes a wave of terror across the American heartland. Kate Browning, a Kansas City EMT confronts her paralyzing fear of water when she traces the source of a deadly parasitic affliction to the Gulf of Mexico. Cooperating with a marine biologist, she travels to Florida in an effort to save the life of one very special patient, but the source of the epidemic happens to be the nest of a terrifying monster, one that last rose from the depths to annihilate the lost continent of Atlantis.
Leviathan, destroyer, devoted lifemate and parent, the abomination is not going to take the extermination of its brood well.

“Children don’t drown where water should not exist, not in the wishing pools remembered in the hearts of deserts. No, it could not be. What happened to Jeffrey was no accident. His was a willful killing, and a cruel one. There stood a mimic in the moonlight, connected by deeper roots to something else, something down in a pond beneath a pond, a grotto, where it fanned its saffron gills and waited, just as it had haunted the seas of time’s beginning. It waited for a chance to lure young life to an early death. Because that’s what it was all about. That’s all that it did.” 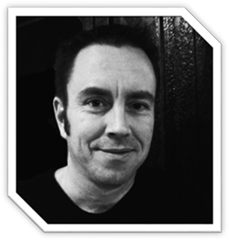 M.C. Norris is a new author with Severed Press, whose first four novels in speculative fiction: Deep Devotion, Krengel & the Krampusz, The Dread Owba Coo-Coo, and Nod, are all slated for release throughout the fall of 2014. The short stories by M.C. Norris have appeared over the last eight years in nineteen magazines, e-zines and paperback anthologies, including: Withersin, Pseudopod, Brainharvest, Wrong World DVD, Malicious Deviance, Dead Bait, and many more. M.C. Norris also took fifth in Leisure Books/Chizine’s 13th Annual Short Story Contest.