SERIES PROMOTION - LEGACY OF THE WATCHERS BY NANCY MADORE

About The Series
“Thousands of years ago, something happened that changed the course of human history. Testimonies abound of these otherworldly visitors they called ‘angels,’ and their hybrid offspring, the ‘Nephilim.’ These mighty ‘gods’ quickly rose to power, and the ancient world came alive with industry and culture.  The species that existed for hundreds of thousands of years as hunters and gatherers suddenly began settling in one place, cultivating the land and governing themselves. They created irrigation, the wheel and algebra. Yet amidst all this progress, an undercurrent of terror was spreading like wildfire, carrying whispers of ‘djinn,’ ‘daeva’ and ‘demons’…

The Watchers were supposed to do just that; watch. But humankind proved far too tempting and they ‘fell’ to earth, taking wives and even producing children. But their children grew into unruly giants whose souls didn’t ascend like human souls when they died, but remained here on earth. These errant souls haunt the earth to this day. They are the ‘djinn,’ the ‘hidden ones,’ also known as ‘daeva’ and ‘demon.’ They have one purpose—to live. But to live they need bodies.

This chain of events has reached the point where the djinn need more than just our bodies to survive. They must take back control of the earth, just as in the days when they ruled as gods.”

THE INDIVIDUAL BOOKS OF THE SERIES 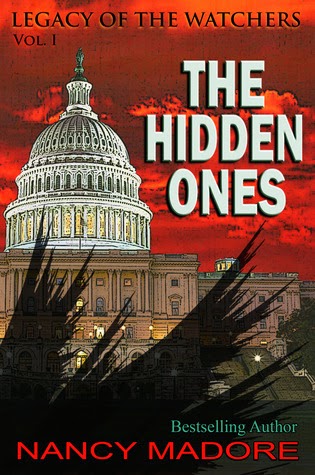 BLURB from Goodreads
As CEO of her own thriving company, Nadia Adeire is flush with success, but a secret society dating back to the Essenes believes her to be one of the ancient djinn—the notorious demoness of Hebrew legend, Lilith. What’s more, they have reason to believe that she’s plotting a catastrophic attack on the world. Nadia is snatched from her ‘perfect’ life and caught in a maze between a present day disaster and the ancient legends of the djinn. The only way out is to retrace the steps of her deceased grandmother, Helene. The deeper Nadia delves into the past, the harder it will be for her to emerge unscathed. But it’s the only way to stop this impending disaster that was set in motion five thousand years ago! 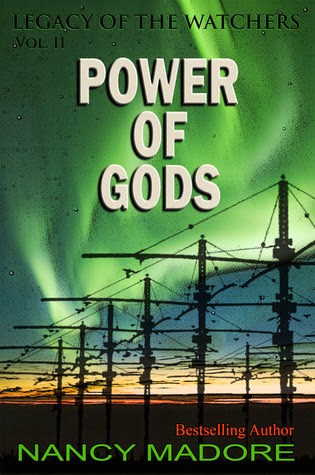 BLURB from Goodreads
After the events of the first installment of the Legacy of the Watchers, Nadia Adeire now finds herself inextricably tied to the Raphaelians, that secret society dating back to the Essenes. Her former life—and all that she previously believed in—has been shattered, and she needs their help to pick up the pieces and start again. As the Legacy of the Watchers continues, Nadia is once again drawn into the mysterious underworld of the hidden ones, but this time there may be even more at stake. Threats of Armageddon loom in the background as Nadia and the Raphaelians attempt to decipher a formula that may hold the key to unconscionable power. In the course of their investigation, they will once again retrace the steps of the hidden ones back to the ancient world, this time to King Solomon and his legendary djinn—and the part they played in the fall of Israel. There, they will find hints of what Asmodeous had planned for the not-so-distant future. Meanwhile, thousands of miles away, Lilith is already attempting to finish what Asmodeous started. 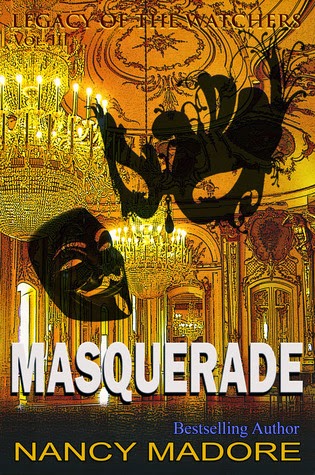 BLURB from Amazon
Nadia is severely shaken by the recent tragedy but, as the Legacy of the Watchers continues, she will turn to BEACON for comfort, immersing herself in plans for an extravagant masquerade ball to raise funds for the disaster victims. But she can’t escape the hidden ones—or the high stakes battle they’re waging behind the scenes. This time Poseidon will be their guide, taking them from the Titan War to the destruction of Atlantis, and leaving Nadia with the hardest decision of her life. Finding courage she didn’t know she possessed, Nadia strikes up a treacherous bargain that will put her at odds with everyone—especially Will. It’s a deadly game, laced with deception, and Nadia will find that she’s not the only player in this masquerade when part three of the series reaches its shocking conclusion. 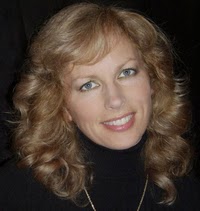 Madore is currently writing a historical / speculative fiction / mystery series entitled "Legacy of the Watchers," which was inspired by her life-long interest in ancient history and mythology. So far, there are three installments in the series: The Hidden Ones, Power of Gods and Masquerade. The fourth book in the series, entitled The Fourth Trumpet, will be released in February of 2015.

You can read more about Nancy Madore and her books by visiting her website at www.nmadore.com.”
Posted by Jeanz xx at 03:00