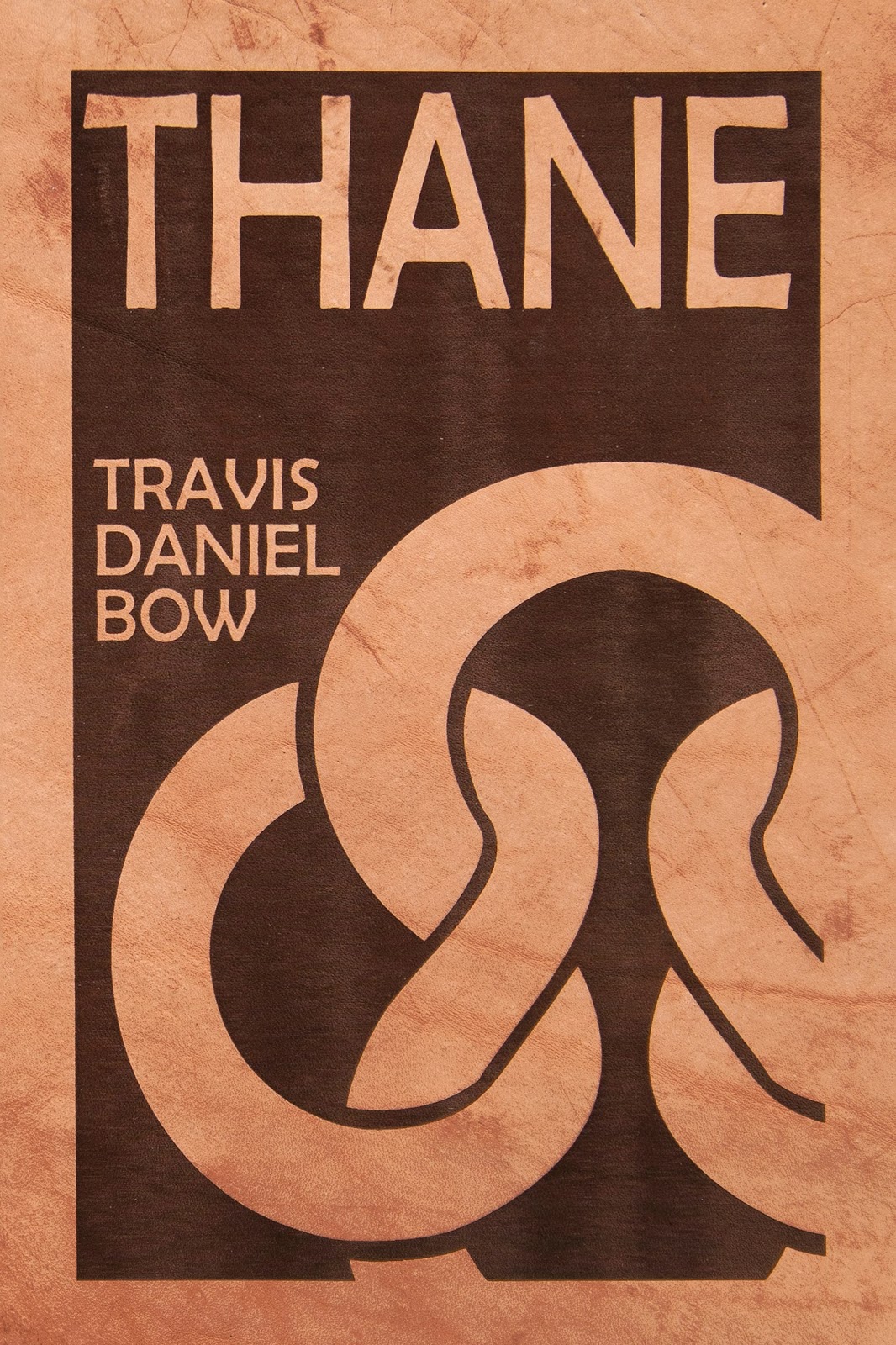 BLURB supplied by the author
If Timothy had been born fifteen years earlier, he would have grown up in the height of Botan’s glory. He would have passed the tests and trained with Botan’s most elite soldiers. He would have been a great swordsman, or spy, or strategist.

And, at seventeen years of age, he would have died.

In reality, Timothy was only two years old when Botan was betrayed to the Huctans. He doesn’t remember the razing, or the harrowed escape, or even his own parents. What he knows is his love for his brother, his contempt for himself, and his powerlessness against the Huctan soldiers.

But the time for keeping his head down is over. Timothy has a chance to join the rebels, to learn from the once-famous masters of combat and espionage, to throw himself into a cause that he would die for.

A chance to become a Thane. And he’s taking it. 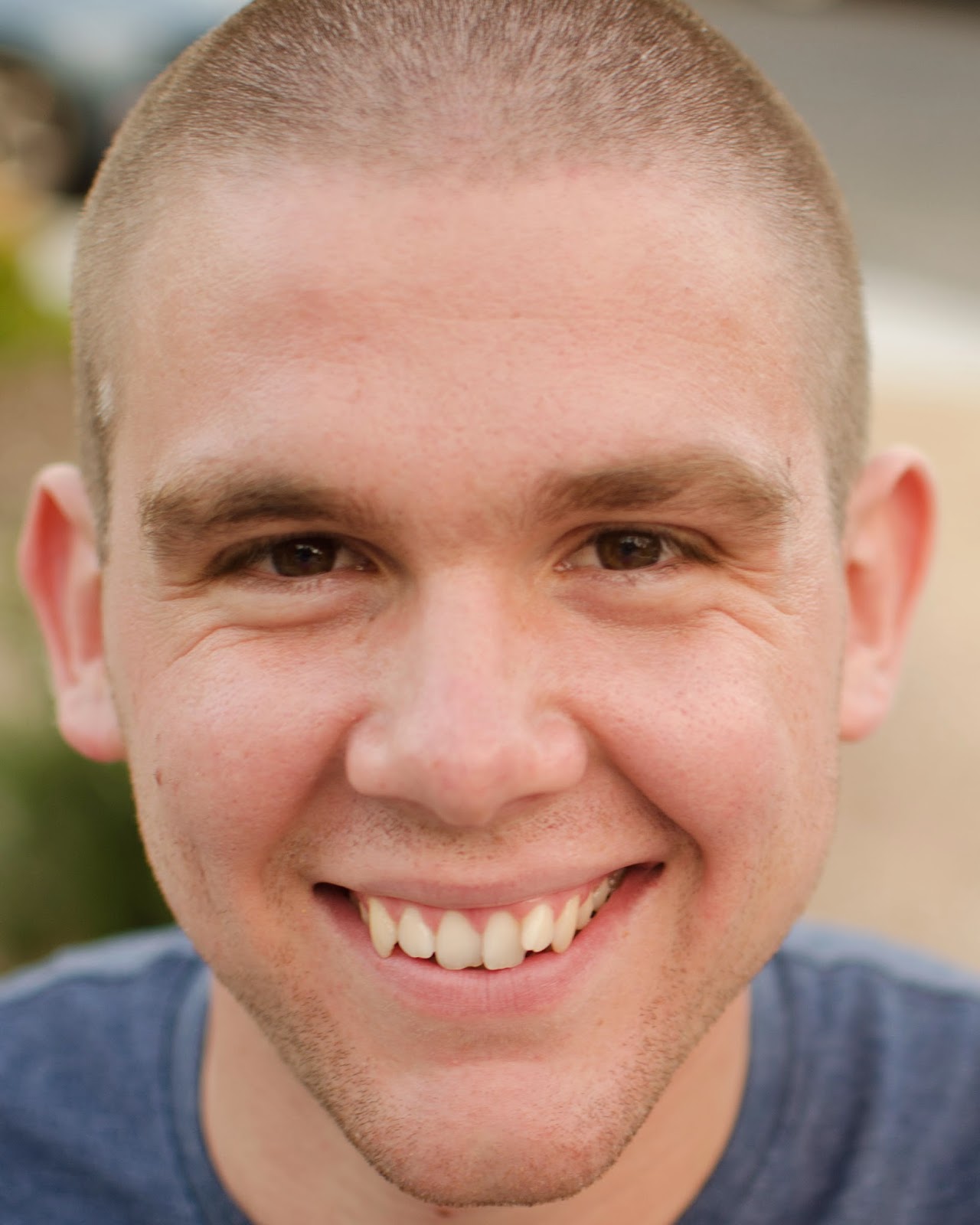 What is your name, where were you born and where do you live now?
My name is Travis Daniel bow. I have also been called "the travster", "duke", "tbow", "travvi the rabbi", and "trevor" (apparently "travis" gets boring after a while). I live in the San Francisco Bay Area, but I'm originally from "The Biggest Little City in the World" (Reno, NV).

Did you always want to be a writer? If not what did you want to be?
My childhood dream was to be a miner, find gold, and become rich. During high school I alternately wanted to be a horticulturalist, a draftsman, a chemist, and a writer. The summer before I went to college I heard about mechanical engineering, which ended up being my major (and now pays the bills). But writing has remained my passion. If I had Hermione Granger's Time-Turner, I would spend half of my time writing, half of my time reading, half of my time at work, and all of my time with my family.

What is the name of your latest book, and if you had to summarise it in less than 20 words what would you say?
THANE is the story of a frustrated boy finding true purpose and friendship, learning to fight and lie, and losing everything.

Do you have plans for a new book? Is this book part of a series?
THANE is the first part of a two-book series. The second book (even better than the first, in my humble and unbiased opinion), is complete in draft form and will be released next year after some editing and polishing. I have vague plans for a prequel to follow, but nothing definite at this point.

How long have you been writing?, and who or what inspired you to write?
I began my first attempt at a novel eleven years ago at the age of fifteen, at least partially inspired by Christopher Paolini, who had just released Eragon (which he wrote when he was fifteen). As I continued to write and read, Stephen King and Orson Scott Card became some of my heroes. Those guys can write.

Do you have anybody read your books and give you reviews before you officially release them? ie. Your partner, children, friends, reviewers you know?
I do. My family has been kind enough to be first-readers for most of the short stories I've published and for THANE at multiple stages of its development. My youngest brother Vance is particularly good at pulling no punches and telling me what doesn't work (and occasionally what does).

Do you gift books to readers to do reviews?
I do indeed. Readers can message me through THANE's Facebook Page (https://www.facebook.com/thanenovel) with the websites they would be willing to post a review to and the ebook format they would prefer.

Would you ever ask a reviewer to change their review if it was not all positive about your book/books?
Absolutely not. A dishonest review is like a bad case of Pinkeye; it doesn't do the giver or the receiver any good (and it itches).

How do you come up with the Title and Cover Designs for your book/books? Who designed the Cover of your books?
I come up with the Title and Cover Designs the same way I come up with stories and inventions; by trying things out. I came up with the Everknot (the main design feature on the cover) several years ago as I was writing, but finding a way to incorporate it cleanly took a while. I drew it, tied it with rope, cut it out of leather, I have seven printed proofs of cover iterations I tried. The early ones were black and gray and had a broken spear point forming the "A" in "THANE". After several people told me they thought the book was called "THINE", I nixed the spear point and simplified the design. I actually ended up using a robotic laser to burn the cover design on a piece of leather. I then took a photo of the burned leather, did some Photoshop modification, and ended up with the final cover design.

Have you ever suffered from a "writer's block"? What did you do to get past the "block"?
I have. For my first seven or eight years of writing, I wrote only when "the muse" struck. Sometimes this was for hours a day, sometimes not at all for months at a time. Then I decided to commit to writing two hours a day, six days a week, no matter what. Some days I didn't want to write, but by forcing myself to just sit down and type, I always seemed to get past the don't-want-to-write or don't-know-what-to-write feeling within 15-20 minutes.

What do you do to unwind and relax? Do you have a hobby?
Too many. I do a lot of photography and reading, and I really enjoy doing crafts, woodwork, etc. I write a lot of instructables for things that I make (my username is solobo).

What is your favourite book and Why?  Have you read it more than once?
At the moment, Ender's Shadow. I love the head-games, the struggle of a smart kid who doubts his own ability to have compassion for others, and the beautiful emotional ending. It's brilliant.

What are you currently reading? Are you enjoying it? What format is it?(ebook, hardback or paperback).
I'm currently "reading" The Sword of Shannara by Terry Brooks (actually listening to it) and The Queen of Attolia by Megan Whalen Turner (via ebook). I am thoroughly enjoying the latter, and am vaguely disgusted with the former.

Did you have a favourite author as a child?
I loved Brian Jacques, Garth Nix, Walter Farley, Frank Baum, and (of course) JRR Tolkien, CS Lewis, and JK Rowling.

Is there a book you know you will never read? Or one you tried to read but just couldn't finish?
It's very rare for me to not finish a book. Usually I just grit it out and plow through once I've started. But to date I have started but not been able to finish The War of the Worlds, The Hitchhiker's Guide to the Galaxy, or Perelandra.

What piece of advice would you give to a new writer?
Commit to writing a lot. Writing takes momentum, and the more consistently you write, the better your writing will get.
AUTHOR LINKS
Facebook page: https://www.facebook.com/thanenovel
Goodreads author page: https://www.goodreads.com/author/show/6683689.Travis_Daniel_Bow
Amazon: http://www.amazon.com/Travis-Daniel-Bow/e/B00KNYRVNC/
Smashwords: https://www.smashwords.com/profile/view/solobo
Other: http://www.instructables.com/member/solobo/
Posted by Jeanz xx at 03:00