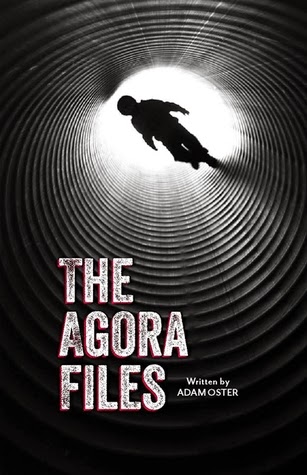 Cyrus must run for his life, but can he run from love?When dying alone on the hot sands of the Mohave Desert, Cyrus has no regrets. He loves a challenge. Being tasked with running from San Francisco to Boston in fifteen days, while the United States government and a host of bounty hunters hunt for him, sounds like fun. Being at death's door only a day into his trip doesn't faze him either. It's when he's joined by fellow runner Eve, bringing new emotions to the surface, his confidence cracks. 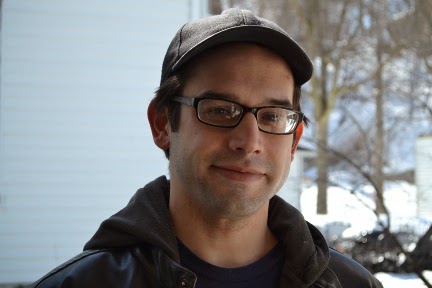 What is your name, where were you born and where do you live now?
My name’s Adam Oster.  I was born in the absolute middle of nowhere Northern Minnesota, moved across the country at the age of 4 to the much warmer Columbia, SC until finally moving back to the Northern US at the age of 14 to my home here in Eau Claire, WI.

Did you always want to be a writer? If not what did you want to be?
I had toyed with writing from a really early age.  I really loved books and really loved entertaining people through telling stories.  Over the years I’ve worked with other mediums than books, such as film and stage, but in the end I’ve found myself much more comfortable with the written word’s ability to create a full scene and immerse the audience completely into a moment.

What is the name of your latest book, and if you had to summarise it in less than 20 words what would you say?
The Agora Files.  Cyrus must run for his life, but can he run from love?

What can we expect from you in the future?  ie More books of the same genre? Books of a different genre?
I’ve got plenty of books on the horizon.  Right now I’m looking at releasing the sequel to my debut novel, The Legend of Buddy Hero, by the end of May.  I’m also just starting work on writing the sequel to The Agora Files.  However, I’ve got several other non-series books in the works, including a novella about a father trying to find his daughter at the dawn of the zombie apocalypse and a novel about two time traveling con men.

What genre would you place your books into?
I like to consider myself an action/adventure writer with a focus on light science-fiction/fantasy elements.

Do you have a favourite character from your books? and why are they your favourite?
My favorite (I know…American spelling is dumb, right?) character is Kid Zero, one of the superheroes from my debut novel The Legend of Buddy Hero.  He’s this product of the golden age of superheroes, back when flashy colors, tights, and underwear on the outside was totally normal.  Sounding something like Adam West in the 1960’s Batman television serial, he’s a fun look into what it would be like to bring a character like that into the modern age.  He reminds me a lot of the old image of the shining white knight, decidedly honorable, while seemingly naïve.

How long have you been writing?, and who or what inspired you to write?
I started trying to write my first novel when I was 10.  I had just read Jurassic Park and something about this book that was so incredibly based in fantasy, while giving great scientific reason for believing it to be real, really struck a chord with me.  While I don’t attempt to emulate Crichton’s style of writing, his books were definitely what made me consider writing a novel myself.
What keeps me writing today, 22 years later, is my kids.  They are a constant inspiration that reminds me that we are always capable of more than we think we are.

Do you have a certain routine you have for writing? ie You listen to music, sit in a certain chair?
My routine actually changes quite heavily depending on the story I’m writing.  I usually try to do what I can to get myself in the mindset of the story I’m writing.  When I wrote The Agora Files, I listened to a lot of music, using headphones to get into that mindset of a runner who gets caught up in their head and are emotionally charged by whatever’s playing.  It really helped move the story forward.
When I wrote The Legend of Buddy Hero, I would start out my writing procedure by reading news.  Something about hearing about all the need for help around the world helped me develop a world that was in need of a hero.

Do you have anybody read your books and give you reviews before you officially release them?ie. Your partner, children, friends, reviewers you know?
I have an awesome support system of friends, family, and fellow authors.  My book goes out to many people for review before it finally makes it into the marketplace.  My wife is always bugging me as I make my way through the first draft of a book, wanting to be the first to read each new book.  She tends to have to battle my father on that distinction.
Each person that’s read my books pre-release has given countless amounts of thoughts and helped me develop ideas on how to make things better, while also giving me the final confidence to actually release the books into the wild. I couldn’t do it without them.

Do you read all the reviews of your book/books?
Yes…most definitely yes.  I don’t know of any budding author who can honestly state that they are able to stay away from reading them.  When I released my first book, I found myself getting rather obsessive about checking to see if there were any new reviews out there.  I’ve since learned to relax on the matter, but I’m always wanting to see how people react to the books, even if they don’t like them.  Knowing how people feel about the books is the only real way to learn how to tell stories that people will respond to in the ways you want as an author.

Would you ever ask a reviewer to change their review if it was not all positive about your book/books?
Absolutely not.  I’ve heard of authors getting negative reviews that they are pretty certain come from someone who didn’t read the book and fight to get those removed, which I can understand, but even those I would have a hard time completely disregarding without solid proof that someone was trying to mark me down to bring themselves up or whatever.  I’m of the belief that any publicity is good publicity, even if it’s a negative review.  In general I’m a fan of honesty, even if it means people are telling me my books are the worst thing ever written.

How do you come up with the Title and Cover Designs for your book/books?Who designed the Cover of your books?
I don’t have any interesting stories about how I come up with the titles for my books.  I usually just develop a title as a placeholder while I’m writing the book and then it sticks around long enough that I either finally feel okay about making it the official title, or I finally sit around and come up with a more appropriate one.
My covers, however, are developed by the amazingly talented Amanda Obenhoffer.  I give her some rather basic details about the books and she produces designs that outshine the books themselves.  I can’t express enough how much I love the covers she makes.

Have you ever based characters on people you know or based events on things that have happened to you?
Most of what happens in my books are based at least loosely on actual events in my life.  Obviously the superhero/supervillain battle in The Legend of Buddy Hero didn’t actually happen, but there are some interesting similarities with a battle against squirrels I had while writing the book.
There’s a section of The Agora Files where the characters actually make it to my home town, Eau Claire, WI.  That whole section tried to be as faithful as possible to the people of my hometown, really trying to use my city as a character itself.

Which format of book do you prefer, ebook,hardback, or paperback?
I’ll always have a soft spot in my heart for paperback.  Something about sitting under the covers as a kid with a flashlight trying to read as late into the night as possible of whatever new book I’ve found is a nostalgic memory that I feel almost every time I pick up a new great paperback.  But I’ve found myself growing in love with the ebook, probably due to how well the Kindle really works as an ereader.

Are there any New Authors you are interested in for us to watch out for? and Why should we watch out for them?
One of the greatest things about being an indie author is meeting all the great new artists in the field today.  Like the indie music scene of the late 90’s there so much great stuff being made in near obscurity that I think will explode on the scene very soon.  Some of my favorite indie authors right now are Claire C Riley, Ken Mooney, Mark Cain, Angelika Rust, Chris Bostic, Scott Butcher, and I could quite honestly go on for a while.
Seriously, if you’re looking for recommendations, I’ve got many.  One of the greatest things about the indie scene right now is that these folks are taking well-known genres into completely new directions.  They’re not repeating the same old bestseller’s styles in the hopes to make it big, they’re just telling great stories.


Where can readers follow you?
Best places to keep up with what’s going on with me are either on fatmogul.com or goodreads.  There’s also a newsletter you can sign up for on my site to be notified of new releases.  You can also join my group on goodreads to see what I’m currently reading or just shoot the breeze in general.
Posted by Jeanz xx at 03:00