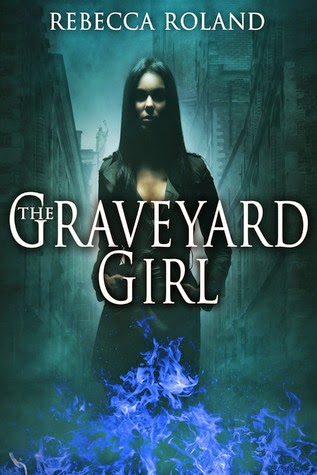 BLURB from Goodreads
Rose has reason to celebrate. She just graduated high school, she finally worked up the nerve to ask Roger on a date, and it looks like her family's necromancy skipped her.But then she finds the corpse of a homeless man behind her brother Ed's restaurant and inadvertently revives him. Not only has she inherited her family's necromancy after all, but it's the most potent form that exists. She wants nothing to do with the magic that drove her father to kill her mother and then himself, and so she refuses to read her family's book of magic or admit that she's anything but normal.However, her power attracts three lumenancers, or wielders of light, to Albuquerque to kill her. For centuries, they have believed it their sacred duty to wipe out necromancers. Not only are they eager to eliminate Rose, but they want to kill Ed, too, just to make sure he can't pass the magic on.Rose searches for a peaceful, mundane way to get the lumenancers to leave her alone, but when they threaten Ed, she must embrace her necromancy and all that the book of magic has to teach her. 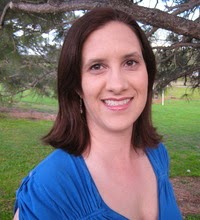 Rebecca lives in Albuquerque, New Mexico where she writes primarily fantasy and horror. Her first novel, Shards of History, is available from World Weaver Press. Her short fiction has appeared in Uncle John's Flush Fiction and in Stupefying Stories, and she is a graduate of the Odyssey Writing Workshop. When she's not writing, she's usually spending time with her family, torturing patients as a physical therapist, or eating way too much chocolate.

OTHER TITLES BY REBECCA ROLAND 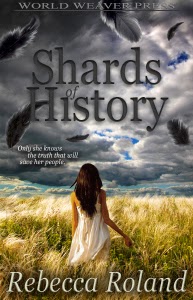 BLURB from Goodreads
Only she knows the truth that can save her people. — Like all Taakwa, Malia fears the fierce winged creatures known as Jeguduns who live in the cliffs surrounding her valley. When the river dries up and Malia is forced to scavenge farther from the village than normal, she discovers a Jegudun, injured and in need of help.Malia’s existence—her status as clan mother in training, her marriage, her very life—is threatened by her choice to befriend the Jegudun. But she’s the only Taakwa who knows the truth: that the threat to her people is much bigger and more malicious than the Jeguduns who’ve lived alongside them for decades. Lurking on the edge of the valley is an Outsider army seeking to plunder and destroy the Taakwa, and it’s only a matter of time before the Outsiders find a way through the magic that protects the valley—a magic that can only be created by Taakwa and Jeguduns working together.Malia is in a race against time. She must warn the Jeguduns that the Taakwa march against them and convince the Taakwa that their real enemy isn’t who they think it is before the Outsiders find a way into the valley and destroy everything she holds dear. 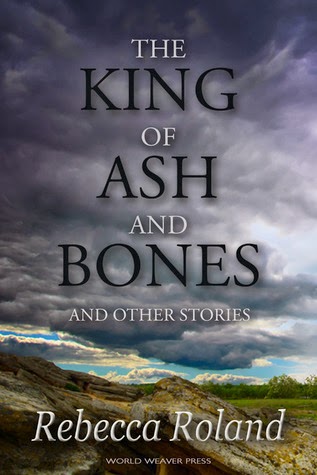 Title: The King Of Ash And Bones
Author: Rebecca Roland

BLURB from Goodreads
(Short story collection) Roland works her magic again in this four-story collection of eerie and enchanting works, including Rasmus’s story from after Shards of History: An exiled man attempts to return to the family he left behind. A sovereign whose kingdom has been reduced to ash and bones seeks to complete one last task. A man doomed to die cannot give his wife her greatest wish. A suspected affair leads to a shocking and wondrous surprise.