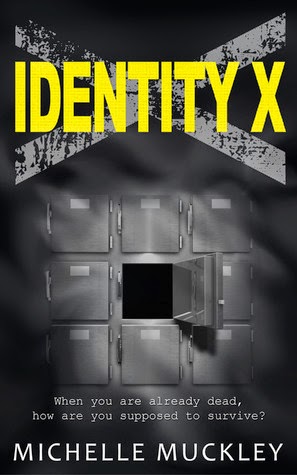 BLURB from Goodreads
Ben Stone has one aim; discover the cure for genetic disease. He watched his father die and promised himself that it would never happen again, especially to his own son. After his appointment as lead researcher in Bionics Laboratories he begins his desperate research. It takes four years, but he succeeds. He discovers NEMREC, a serum able to reconstruct DNA and cure the diseases that have driven him. It should be the beginning of a new future, but by changing the face of the world, he has unwittingly destroyed his own.After arriving at his laboratory to find that it has disappeared, he is sucked into a world of conspiracy and betrayal. The Agency wants NEMREC and will do anything to get it, believing it to be the most powerful scientific discovery in decades. But it wasn't just NEMREC that they wanted. The Agency wanted Ben dead, but somehow he survived. His best friend, his wife, and Ami, the beautiful scientist who he has fallen for at work all offer to help him, but each has a different version of the truth. They all have their own agenda, only one of them wants what he wants, and in a world where you are already dead, how is it that you are supposed to survive? 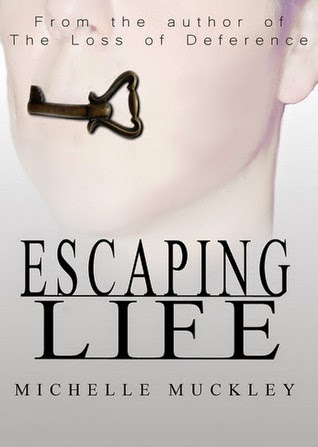 BLURB from Goodreads
It’s beautiful here. It’s a beautiful place to die.Since the accident claimed her sister’s life, Haven has been a sanctuary for Elizabeth Green.She has finally found some of the tranquility that she thought had been lost long ago to the past.Homicide cop Jack Fraser is running away from his miserable life too.But when the discovery of a body on a local beach leads him directly to Elizabeth’s front door, it seems her past might not have been left behind her after all. Together they must face their demons, and in the process expose the dangerous secrets that cloud their lives before it’s too late.Running from reality is sometimes more painful than discovering the truth. 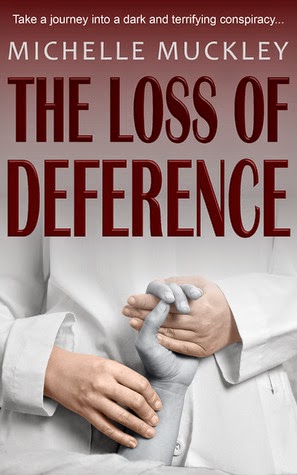 BLURB from Goodreads
Will Moreton is one of the lucky ones. He still has a house, thanks to the fact that he has been assigned State Employment. Mind numbing or not, he'll take whatever he's given and try to keep the roof over his and wife Molly's head. He doesn't want them to end up living in a Shelter like the one where he works. They don’t need any more problems. The recession hit Grafton hard, and having a job and a home is a luxury that few enjoy. If only he was like Dan, with a good job and a steady income. He never has to worry about money.Dan Fox is Will's best friend, and works as a nurse in the local hospital. He needs cash desperately in order to pay for his mother's care. She is slowly dying and deserves the best in her last years of life. He owes her that, doesn't he? After what happened? It helps to put things right. He'll follow any order to make sure he can keep her where she is comfortable. Will is the only one that knows the childhood secret that afflicts Dan. Neither of them wants to think back to the terrible day that binds them together.But Dan has started to keep new secrets. Secret's that not even Will knows about. These secrets are kept locked away in the depths of the night behind the Victorian walls of the hospital in which Dan works. Dan thinks that he has covered his tracks. But one winter'sday, when Will panics because he can't find Molly, he looks to Dan for help. By doing so he makes a discovery that leads him into a terrifying conspiracy. The only problem, he has no idea who is the real enemy. A journey of trust and betrayal, the reader is compelled to experience the limits of true friendship through a web of disturbing lies and truths, and to look for hope not only in the strongest of human bonds, but also the darkest corners of life. 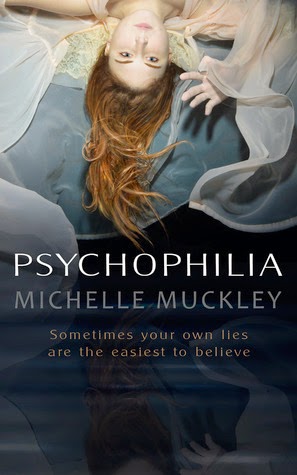 BLURB from Goodreads
Plagued with strange memory gaps, Charlotte wants her life back, even if someone has to die for her to get it. She has tried so hard to be what Gregory wanted her to be, and yet still he doesn't love her. Pregnant, miserable, and knowing she is being betrayed by the one person she had left to rely on, she promises herself that she will do whatever it takes. She must learn the truth about what happened before that day on the lake, but lies can be seductive and easier to believe, especially when they are her own. 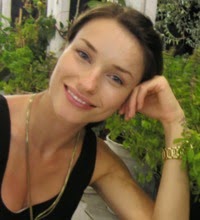 What is your name, where were you born and where do you live now?
Thanks for having me here.  My name is Michelle.  I was born in a place called Warwick in the heart of England.  It's a small town, green, has a river, and a castle, and that is about it.  I moved to Cyprus three years ago to the day, and have spent most of that time writing.

When did you first consider yourself as a "writer"?
I had always wanted to be a writer, but I didn't study that path.  I studied science, and then worked in the NHS for 14 years.  But writing was always one of those things I dreamed about doing, and I could often be found writing notes for characters instead of reading about hearts and genetics.  I wrote my first book in my late twenties, and once I published that, I guess I felt 'writerly'.

What is the name of your latest book, and if you had to summarise it in less than 20 words what would you say?
My latest book is called Psychophilia.  In less than twenty words?  OK, let's see.  A woman with mental illness has a disturbance in her memory.  Everybody is lying, but she is also lying to herself.
I think that was twenty!

Which of your books were easier/harder to write than the others?
Psychophilia has been the hardest to write.  This was because I wrote it after a period of illness.  I suffered a bad reaction to a course of medication and ended up in hospital, ventilated, and I forgot how to speak English.  If I was famous people would have assumed I had a drug problem and needed to go to rehab!  After a couple of months recovery I had to start writing again, and I poured all of the confusion and memory troubles after that event into this book.  It was a pretty difficult time, and that is reflected in the mood of the book.

What can we expect from you in the future?  ie More books of the same genre? Books of a different genre?
I am currently writing a dystopian series.  It began as a NaNoWriMo project last year, and the first will be released in a couple of months.

Do you have a favourite character from your books? and why are they your favourite?
Charlotte Astor from Psychophilia is definitely my favourite.  She is the first character that I gave a completely free voice to, and she speaks in the first person throughout the book.  She was a lot of fun to write, because a lot of the book is told from her point of view, so she is less bound by external attitudes and influences.  She doesn't really spare the reader from much, and perhaps her manners leave a bit to be desired.

How do you come up with the Title and Cover Designs for your book/books?Who designed the Cover of your books?
Interestingly, I don't play a role in either the title or covers!  My husband loves naming my books, and a long time friend who is a designer creates my covers.  Together, they really help me out.

What are you currently reading? Are you enjoying it? What format is it?(ebook, hardback or paperback)
I am currently reading a book called Night Film.  It is quite an unusual book in the sense it has pictures and sections which are constructed like webpages or newspaper reports.  It kind of helps in submerging you into the investigation.  When I saw it and saw that it was so different I knew I had to give it a chance.  The fact that it is so well written and a great story just adds to it!  I'm really enjoying it.

Paperback or E-book?
Paperback, unless you are a reader buying my eBooks.

Read a book once/Re read books more than once?
Re-read.

Books or Movies?
Books, and movies that have never been books

Optimist or Pessimist?
Ever the optimist

Long Hair or Short Hair?
Long for me, short for a guy.