ABOUT THE AUTHOR - SANDRA ULBRICH ALMAZAN 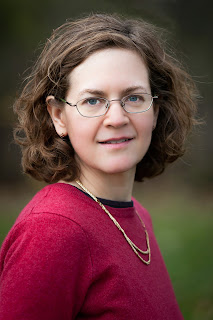 Sandra Ulbrich Almazan started reading at the age of three and only stops when absolutely required to. Although she hasn’t been writing quite that long, she did compose a very simple play in German during middle school. Her science fiction novella Move Over Ms. L. (an early version of Lyon’s Legacy) earned an Honorable Mention in the 2001 UPC Science Fiction Awards, and her short story “A Reptile at the Reunion” was published in the anthology Firestorm of Dragons. She is a founding member of BroadUniverse and a long-time member of the Online Writing Workshop for Fantasy, Science Fiction, and Horror. Her undergraduate degree is in molecular biology/English, and she has a Master of Technical and Scientific Communication degree. Her current day job is in the laboratory of an enzyme company; she’s also been a technical writer and a part-time copyeditor for a local newspaper. Some of her other accomplishments are losing on Jeopardy! and taking a stuffed orca to three continents. She lives in the Chicago area with her husband, Eugene; and son, Alex. In her rare moments of free time, she enjoys crocheting, listening to classic rock (particularly the Beatles), and watching improv comedy.

Sandra can be found online at her website, blog, Twitter, and Facebook. Upcoming projects from Sandra include a standalone fantasy story called “The Fighting Roses of Sharon”; Twinned Universes, the second book in the science fiction Catalyst Chronicles series; and Scattered Seasons, the first book in the fantasy Season Lords series.

Purchase Links for Amazon.co.uk
Posted by Jeanz xx at 10:00