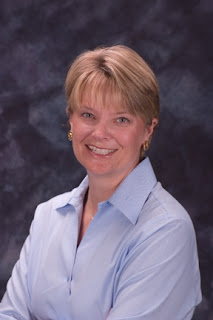 Can you please tell us a little about yourself?
I’m Laurel Bradley--mother of five and author of four and counting. I live in a small town in Wisconsin, USA, where we have four definite seasons, though some would claim that winter is the longest.  Since my husband and I have only one child still at home, I have more time to write than I did when the kids were little. Well… at least in theory. In reality, it means I volunteer more. I like to go out to lunch with friends, paint with water colors, create Ukrainian eggs (pysanky), kayak in the summer and cross country ski in the winter. I like dark chocolate, thick black coffee, and Malbec.

What is the name of your latest book, and if you had to summarize it in 20 words or less what would you say?
Trust No One— When Taylor’s world explodes, will her faith in the man she loves keep her safe—or get her killed?
What can we expect from you in the future?  ie More books of the same genre? Books of a different genre?
I have this fantasy in which I have several published books and they are all of one genre. As it is, I have several published books each in a different genre. A Wish in Time is an award winning time-travel romance that Cheryl Jeffries of Heartstrings Reviews calls, “…a must-read for fans of twisting, turning, wish-fulfilling romances.” Crème Brûlée Upset is a humorous contemporary romance called, “A deliciously messy affair,” by author Diane Wiley. Trust No One is a suspense that Author Renee Wildes calls, “a twisting-turning edge-of-your-seat thrill ride, where every secret revealed just adds to more doubt, more lies.” My January 2013 release, For the Love of David, is women’s fiction, which author Goldie Browning says, “combines incredible emotional depth and multi-layered characterization to make it an extremely wonderful book.” And then there’s the picture book The Loons on the Lake, that I wrote, illustrated and self-published for my loony family. (To read a book synopsis or excerpt, click on the title or go to www.laurelbradley.com.)  Why so many genres? I write what I read, and I read most everything but erotica and Christian romance. 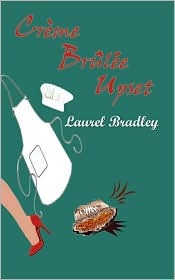 Where do you get your book plot ideas from?
I garner plot ideas from everywhere. Loons on the Lake was inspired by my family’s favorite summer activity—barefoot water skiing. For the Love of David was inspired by a story I heard on the radio years ago where a woman found a newborn in a bag outside the bank where she worked. She, of course, turned it over to the authorities. But I couldn't help wondering: what if?

How do you come up with the title for your book/books?
I am lousy with titles. Of the four books I’ve published or have under contract, two of them sport something other than the working title I’d picked out for them. My first book A Wish in Time was originally called Magda’s Tale. To come up with a new name for the book, I hosted a title party. Each attendee had to come with a minimum of two titles. Over the course of the evening, we ate hors d’ ouvres, drank adult beverages and brainstormed titles. At the end of the evening we voted. A Wish in Time won. Of course, everyone at the party claimed they were the originator of the title. My upcoming book, to be released in January 2013, started life as Baby Drop. Since my editor didn’t care for the title, I hosted another title contest. This time I opened it to the public and instead of hors d’ ouvres and wine, offered a $25 gift certificate to amazon, a free copy of the book, and acknowledgement within the book for the person of the winning title, I asked for suggestions. I received 101 unique ideas. After whittling the list to ten titles, I asked readers to vote. For the Love of David won. 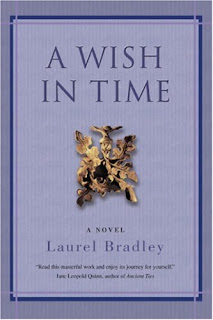 How do you come up with characters names in your books?
I spend a lot of time with baby books and online baby name sites. I like my character’s names to mean things, although I don’t always follow that rule. Interestingly enough, a person with the same name as character in Trust No One contacted me not long ago—Fuad Accawi. I hadn’t known there was a real person with that name. I picked the name Fuad because it was the right ethnicity for my character, sounded very cool and means “heart.” It’s the character’s heart that gets him into trouble and inspired the book’s first line and a half. “This was the reason men shouldn’t marry for love. Fuad Accawi’s favorite wife, the woman of his heart…”  The Fuad Accawi who contacted me is a very talented blade-smith. His knives are works of art. Check out his website at www.acremetalworks.com

Have you ever based characters on people you know or based events on things that have happened to you?
The characters all entirely make-believe, not based on any real person, but little details sometimes have specific sources. For example, there’s a scene in Trust No One that takes place in a storm sewer. The part with the spiders is based on real experiences I had in college. I have more than a touch of arachnophobia, and I think it shows. 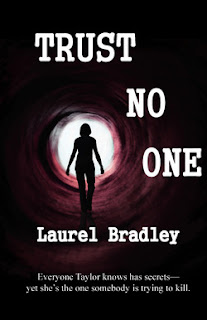 Is there a book you know you will never read? Or one you tried to read but just couldn't finish?
There’s one book that I’ve tried to read several times but can never get into because I simply to do not like the main character. The book is Gone with the Wind. I have a friend who reads it at least once a year. It’s a famous, very popular. There are a lot of people who love it and who love Scarlet. I’ve seen the movie and that’s plenty, thank you.
Where can readers follow you?