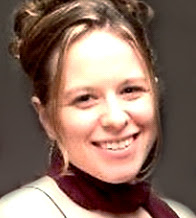 What made you decide to write [in your] genre of book?
I’ve always been drawn to the fantasy genre—even before I realized it was a genre! “Real life” always seemed so dull to me. I wanted to live in a world where anythingcould happen!

How do you come up with characters names and place names in your books?
The ones in my present book I actually dreamed—at least for the main characters. So in a way, they were decided for me. But I believe names—like most labels—have great power. So I choose them carefully, both for the way they sound and their meaning.

Have you ever based characters on people you know or based events on things that have happened to you?
Absolutely. Many of my characters contain traits of people I know, or even my own traits sometimes! And many of the events are metaphors for things I experienced, or wished I had.

Are there any hidden messages or morals contained in your books? (Morals as in like Aesop’s Fables type of "The moral of this story is..")
Oh, goodness yes! *laughs* There are many, actually. Some are obvious and some are  hidden. A major one in The Adventures of Stanley Delacourt is the theme of bravery. The main character—Stanley—starts out as a wimp. But he has to learn to be brave in order to prevent a catastrophe.

Do you have anybody read your books and give you reviews before you officially release them? i.e. Your partner, children, friends, reviewers you know?
Of course! Getting feedback is very important to any book’s creation. I was lucky enough to have several bona-fide “kids” read the manuscript for Stanley, so that helped a lot in re-working it.

Do you have plans for a new book? Is this book part of a series?
Oh my, I have plans for so many books it would be impossible to count them all! The Adventures of Stanley Delacourt is part of a trilogy; I’m working on the second book right now. I have lots of others planned that take place in the realm of Hartlandia, or with characters from there. And some even have characters that travel from Hartlandia to our world and cause chaos. But I can’t tell you more, or it would spoil things. ;-)

Would you ever ask a reviewer to change their review if it was not all positive about your book/books?
Absolutely not! Everyone is entitled to their opinion, as well as the right to express it.

Do you think children at schools these days are encouraged enough to read?
It’s been many, many eons since I’ve been in school—and in America at that. So if you’re anywhere else in the world, and attending school at this very moment, I can’t claim to be an expert on “how things are.” I will say, from general impressions, that I don’t think kids are encouraged to read enough of what they want. Most books are assigned. While this may be practical on some level, I think it takes half the fun out of reading.

Are there any New Authors you are interested in for us to watch out for? And why should we watch out for them?
Although I believe they’re following the traditional publishing route and aren’t signed with an agent yet, two special MG ladies to watch out for are Melanie Conklinand Alexandra Campbell. I’ve had the privilege of being their beta reader for several projects. They have fast-moving, original plots that positively sparkle with magic!

What piece of advice would you give to a new writer?
I know it sounds cliché, but Winston Churchill’s “Never, never, never give up” still applies. And don’t let others around you make you doubt yourself. You are always a “real” writer in your heart, whether you are un-agented, un-published, or un-paid. If you write and love it, you’re a writer. Period.

Where can readers follow you?
Eh, to the supermarket, the post office, wherever they feel like—oh. You meant online. *blushes* Er, I knew that. Here’s the lowdown:

And any other information you wish to supply?
Yes: I’d like to say “thank you so much” Jeanz, for having me, and for being such a lovely and positive person. Book blogging is a big job, and I appreciate your doing it so well!