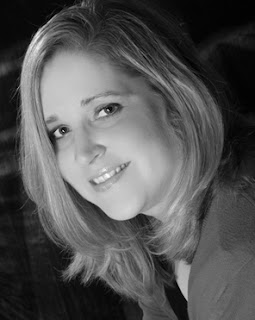 Do you work another job as well as your writing work?
Yes, I teach writing and literature at the college level, which is a great career to have for a writer.  I’m always surrounded by books, writing, and ideas so I’m not very often torn between my day job and my writing.

What is the name of your latest book, and if you had to summarise it in less than 20 words what would you say?
My latest book is Word and Breath. Here’s a 21-word description, which I hope is close enough!
Riana reads in a world that doesn’t. She’s torn between a librarian rebel leader and a Soul-Breather with too many secrets.

How long does it usually take you to write a book, from the original idea to finishing writing it?
It really depends on a lot of things, including how busy I am and how long I’ve been mentally planning the book. But I usually write the first draft really quickly, like in two or three weeks. The revision takes longer, though, and the faster I write the first draft, the more revision it usually needs. But I can definitely manage two or three books a year, since there’s overlap in the plotting, drafting, and revision stages.

Do you have plans for a new book? Is this book part of a series?
Word and Breath is the first book of the Wordless Chronicles, which will be a series of three. The second book is Word and Deed, which is what I’m working on now.

What genre would you place your books into?
Word and Breath could be classified as paranormal or dystopian or urban fantasy, depending on who’s defining the categories. It has aspects of all three of those genres, and the three genres tend to overlap quite a bit anyway. It’s not a pure romance, since there’s not a HEA in each book, but the series has strong romantic elements and it moves to a final HEA at the end of the last book.

Would you ever ask a reviewer to change their review if it was not all positive about your book/books?
No, never. It might be tempting, since it’s just crushing to get a bad review, particularly from someone who doesn’t seem to “get” what you were trying to do. But that’s the point of reviews—to see how different people react to the same book—and it just leads to bad things to respond. I’d love to be able to not read reviews at all, since it’s probably easier on one’s spirit, but I haven’t been able to resist thus far.

How do you come up with the Title and Cover Designs for your book/books?Who designed the Cover of your books?
I was planning to go with a custom cover for the book, so I was looking around at different book cover designer’s websites. I happened upon a premade cover from The Book Cover Designer, and it was perfect for Word and Breath. So I bought it as a premade design for $50 and am thrilled with it.

Do you choose a title first, or write the book then choose the title?
I always have at least part of the book planned out before I come up with a title, but I usually figure it out fairly early in the writing process. Only occasionally do I get stuck on a title. I was calling Word and Breath “Wordless” for a long time before I decided to make that the series title and went with different names featuring “Word” for the titles of each book.

How do you come up with characters names and place names in your books?
As I’m writing, I usually just go with whatever comes into my head for the name of a person or a place. Then I’ll go back and change them if they don’t seem to work very well. With Word and Breath, I wanted to have names that were similar to names today but with some slight variations. So one of the main characters is named Connor, which is a regular name used today. But another one is named Mikel – which is pronounced exactly like Michael but is spelled differently. I figured, over the years, changes in language would have caused changes in names, but not so that they’re all completely unrecognizable.

Have you ever based characters on people you know or based events on things that have happened to you?
Not with a one-to-one correlation. None of my characters are based completely on any one person. But we create characters and events through our own experiences, so people I’ve known all shape the characters I create. I can definitely see aspects of people I know in different characters of mine. For instance, one of the characters in Word and Breath (Largan) has a voice that “booms.” My father has a voice that booms. But Largan isn’t at all a fictional portrayal of my father. He just happens to have the same kind of voice.

Did you have a favourite author as a child?
I had many, many favorites, but Louisa May Alcott was probably the author I read and reread the most. Little Women is still one of my favorite novels. I also loved C.S. Lewis’s and Lloyd Alexander’s books as a kid, and I still occasionally reread both authors today.

Is there a book you know you will never read? Or one you tried to read but just couldn't finish?
I have a long-standing claim that I never have and never will read Moby Dick, which is noteworthy since I made it through four years of undergraduate classes as an English major and six years of graduate school in literature without having read it. I’ve read other Melville stories and don’t like them, and I’ve read parts of Moby Dick and am still determined never to read it!

Your Twitter details:
https://twitter.com/SusannahNoel1
Posted by Jeanz xx at 11:00