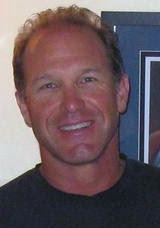 My name is Christopher J. Lynch. I was born in the South Bay area of Los Angeles, California. (Think of Redondo Beach from The Beach Boys song, “Surfing USA”) I still live in the same area.

When did you first consider yourself as a "writer"?
When I saw my first “by line.”  I know that we as writers are supposed to consider ourselves part of the fraternity by simply putting pen to paper, but there is something quite special about seeing your name in print – especially on the signed check.

Did it take a long time to get your first book published?
Yes. I like to say that I wrote for twenty years before I really discovered writing. By that, I mean that I was so focused on “making it” by getting a sale and being published, that I left my passion for what I was writing about on the shelf. It was a huge mistake that costs me two decades of work.
Along the way, I dabbled in many forms of the craft. I wrote a novel, a couple of screenplays, and several short stories. None of them sold, nor should they have. I racked up a growing pile of rejection letters, and not much else.
It was only after I realized that I needed to write about what I was truly interested in, that I finally made that first sale. And then, it was another sale, and then another one. A year later, I had racked up five sales, all because I finally understood that selling was not what I should be focused on – loving what I wrote was. It was the “Ah-ha” moment that changed my life forever.

What is the name of your latest book, and if you had to summarise it in less than 20 words what would you say?
“One Eyed Jack” A professional extortionist gets more than he bargained for when he tries to blackmail a woman for infidelity.

Do you have plans for a new book? Is this book part of a series?
This is the first in what I hope will be a long series of books with my main character, “One Eyed Jack.”

Do you gift books to readers to do reviews?
Yes, if they request a hard copy. It definitely makes it easier though if I can send them the e-pub or Mobi file.

Do you read all the reviews of your book/books?
Yes. I really like to find out about what others saw in the book that I didn’t. It’s like asking ten people who witnessed a car accident to describe what they saw; you’ll get ten different answers. Perceptions about the story, premise, etc. are very interesting to me, but not as interesting as those about my characters. I love my characters and my readers tend to love them as well. It’s great when they sympathize with the character I sympathize with, and loathe the character I loathe. It makes me feel like I’ve really hit the target.

What was the toughest/best review you have ever had?
I’ve had a couple bad ones, and like all criticism, they’re tough, but useful. I had a non-fiction piece about a woman I did a profile on. I was very impressed with her and felt it would come through in the article. The editor slammed me for too soft of an opening. I was wounded, but rewrote it, and found out that he was correct for suggesting the change; it was a much better piece.
On the flip side, one of the best reviews I’ve had came from a fellow writer, author Kathy Bennet. She had two conferences she was trying to get ready for as well as her own daughter’s wedding and told me that she should have never picked up my book. She was hooked from the first three sentences and could not put it down until she was done. Praise like that coming from a peer means a lot.

How do you come up with the Title and Cover Designs for your book/books? Who designed the Cover of your books?
I designed the cover myself and had it enhanced. I even modeled for my main character, “One Eyed Jack” which was fun. I’m of the belief that writers can do well to design their own covers – at least as a starting point. They have lived with the characters and the story for so long, no one can be more intimate with it then they are.

Do you choose a title first, or write the book then choose the title?
My novel “One Eyed Jack” was actually an extension of a short story I wrote several years earlier. The original title of the short story was “The Squeeze” but I changed it to “One Eyed Jack” when the main character loses his eye at the hands of some Russian mobsters and a crooked plastic surgeon. The short is available as a free download to anyone who subscribes to my website: http://www.christopherjlynch.com

Do you basic plot/plan for your book, before you actually begin writing it out? Or do you let the writing flow and see where it takes the story?
I use a combination of both methods actually. I may have a general idea of where I’m heading and just start writing to see where it goes. This always makes it fun for the writer because at times you don’t know what is going to happen next or what is going to be said. At some point though, I always have to sit down and get the rest of the story organized. I’m also a big time scribbler of notes that I keep in an envelope to assemble at a later time.

Is there a certain Author that influenced you in writing?
Raymond Chandler is one of my favorites, but also Lawrence Sanders was a huge influence on me. I don’t think that there was anyone better at succinctly describing a person, place, or thing better than those two men.

Do you think children at schools these days are encouraged enough to read? and/or do Imaginative writing?
I hope they are, because it was a huge influence on me and I have had many pleasurable hours escaping into the world of books.

Do you have a treasured book from your childhood? If yes, what is it?
Yes. It was this silly little picture book called, “The Big Pancake.” A giant pancake comes to life and escapes out of his pan, leading a family through the countryside as they chase it.

What do you think about book trailers?
I think book trailers can be great promotional vehicles if done correctly. Some are basically a narrated slide-show with some music that I don’t feel really captivate, or incite the audience to purchase the book. Others, such as my own, that are done more in the style of movie or TV trailers and offer a vignette of the story I think are very useful in getting the tone of the story across. My trailer has done very well for me. It can be viewed at: http://www.youtube.com/watch?v=XvraVL8dMY0

What piece of advice would you give to a new writer?
Follow your passion for your stories and your characters and don’t try to ride the wave of the latest fad. Your love for what you are writing will come through to your readers.

And any other information you wish to supply?
If you haven’t already, check out the video trailer. It’s great and I had a blast making it:
http://www.youtube.com/watch?v=XvraVL8dMY0
Posted by Jeanz xx at 12:00