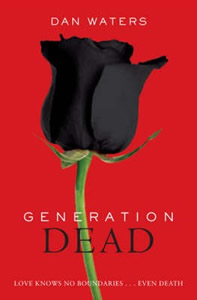 
Phoebe Kendall is just your typical Goth girl with a crush. He’s strong and silent…and dead.
All over the country, a strange phenomenon is occurring. Some teenagers who die aren't staying dead. But when they come back to life, they are no longer the same. Feared and misunderstood, they are doing their best to blend into a society that doesn’t want them.
The administration at Oakvale High attempts to be more welcoming of the “differently biotic." But the students don’t want to take classes or eat in the cafeteria next to someone who isn’t breathing. And there are no laws that exist to protect the “living impaired” from the people who want them to disappear—for good.
When Phoebe falls for Tommy Williams, the leader of the dead kids, no one can believe it; not her best friend, Margi, and especially not her neighbor, Adam, the star of the football team. Adam has feelings for Phoebe that run much deeper than just friendship; he would do anything for her. But what if protecting Tommy is the one thing that would make her happy? 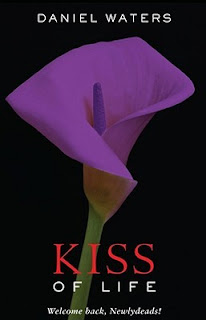 BLURB from Goodreads
The phenomenon that's been sweeping the country seems to be here to stay.  Not only are the teenagers who have come back from their graves still here, but newlydeads are being unearthed all the time.  While scientists look for answers and politicians take their stands, the undead population of Oakville have banded together in a group they're calling the Sons of Romero, hoping to find solidarity in segregation.

Phoebe Kendall may be alive, but she feels just as lost and alone as her dead friends.  Just when she reconciled herself to having feelings for a zombie -- her Homecoming date Tommy Williams -- her friend Adam is murdered taking a bullet that was meant for her. Things get even more confusing when Adam comes back from the grave.  Now she has romantic interest in two dead boys; one who saved her life, and one she can't seem to live without.


Buy Link for The Kiss of Life (Generation Dead) 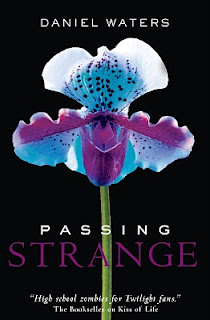 BLURB from Goodreads
Karen DeSonne always passed as a normal (if pale) teenager; with her friends, with her family, and at school. Passing cost her the love of her life. And now that Karen’s dead, she’s still passing—this time, as alive. Karen DeSonne just happens to be an extremely human-like zombie. Meanwhile, Karen’s dead friends have been fingered in a high-profile murder, causing a new round of antizombie regulations that have forced them into hiding. Karen soon learns that the “murder” that destroyed their non-life was a hoax, staged by Pete Martinsburg and his bioist zealots. Obtaining enough evidence to expose the fraud and prove her friends’ innocence means doing the unthinkable: becoming Pete’s girlfriend. Karen’s only hope is that the enemy never realizes who she really is—because the consequences would be worse than death.

MY COMMENT
Although there are alternative covers for this book series, but I love these floral covers the most. Hope you agree too? It's a great series of books that are quite different to most other "zombie" ones out there.