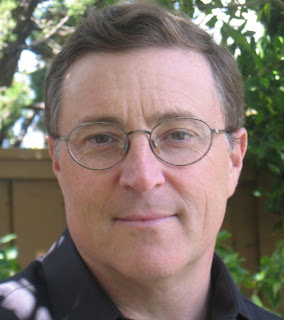 What is your name, where were you born and where do you live now?
My author name is Douglas E. Richards but I go by Doug. I was born in Fort Benning, Georgia (where my father was a captain in the army for a short while), but grew up in Cincinnati, Ohio. Now I live in San Diego, California.

What is the name of your latest book, and if you had to summarise it in less than 20 words what would you say?
My latest adult book is called AMPED. It is a sequel to my New York Times bestselling techno-thriller called WIRED. Both books ask the question: what if someone discovered a way to boost human intelligence to transcendent levels for brief periods of time, but at the cost of becoming a ruthless megalomaniac?  I’ll summarise WIRED in 20 words below:
A special forces agent, hunting an enigmatic beauty behind a bioterror plot, finds himself in a byzantine maze of deception and intrigue 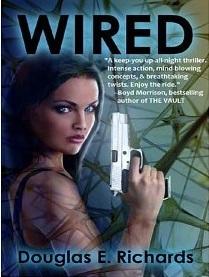 BLURB from Goodreads
Kira Miller is a brilliant genetic engineer who discovers how to temporarily achieve savant-like capabilities in all areas of thought and creativity. But what if this transcendent level of intelligence brings with it a ruthless megalomania? David Desh left the special forces after his team was brutally butchered in Iran. Now he has been reactivated for one last mission: find Kira Miller, the enigmatic genius behind a bioterror plot that threatens millions. But when Desh learns that the bioterror plot is just the tip of the iceberg, he is thrust into a byzantine maze of deception and intrigue, and he becomes a key player in a deadly game he can't begin to understand. A game that is certain to have a dramatic impact on the future course of human history. 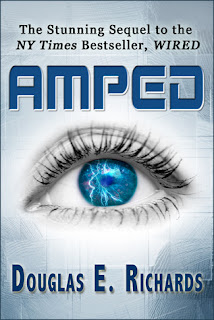 BLURB from Goodreads
Kira Miller is a brilliant scientist who discovers how to temporarily boost human IQ to dizzying levels. But this transcendent intelligence brings with it a ruthless megalomania. Determined to use her discovery to propel human civilization to a higher plane, despite this side effect, Kira and ex-special forces operative David Desh recruit a small group of accomplished scientists, all of whom are safely off the grid. Or so they think . . .Soon Kira and her team are fighting for their lives against unknown but powerful adversaries. Worse still, while on the run and being relentlessly attacked from all quarters, Kira comes across evidence of savage acts that the enhanced version of Desh kept hidden, even from himself. Now both she and Desh must question everything they think they know. Can they trust each other? Can they even trust themselves? And all the while, the greatest threat of all may be coming from an entirely unexpected direction. A threat that could lead to devastation on a global scale. And time is quickly running out . .

How long does it usually take you to write a book, from the original idea to finishing writing it?
About four months from first word to last. But I’d say it usually takes about two months of trying to figure out what to write about before I even begin. Once I begin writing, I could probably finish in a month, but I have to constantly stop for long periods to come up with what will happen next, or solve a thorny plot problem. It’s incredibly scary, because there have been times I’ve been stalled out for weeks, and I begin to think I won’t be able to solve the problem. And even when I have the gist of the plot the details can be killers. My notes might say, “Chapter six, hero gets captured by a team of twenty mercenaries and chained to a wall inside a maximum security prison. Chapter seven, hero executes brilliant escape plan.”  Easy enough to write in one’s notes, but figuring out the actual brilliant escape plan the hero will use can take weeks, and during this time I’m usually pulling out my hair by the handful.

What genre would you place your books into?
Interesting question. Several mainstream publishers loved WIRED but weren't able to pigeon-hole it. Was it a technothriller? Science Fiction? Because it didn’t fit smoothly into a single category, their marketing departments weren’t confident they knew how to market it, so they ultimately passed. The answer turned out to be that it was both. WIRED went on to become Amazon’s bestselling book of 2011 in both categories: science fiction and technothrillers, which was unprecedented, and incredibly gratifying to me.

Do you have a favourite character from your books? and why are they your favourite?
Kira Miller, the brilliant genetic engineer from WIRED who discovers how to boost her own IQ to immeasurable levels, is far and away my favorite character to write. I find her fascinating on a number of levels, and she is not only brilliant, but street smart, fascinating, and incredibly resourceful and formidable.

Do you read all the reviews of your book/books?
Most, but not all. I usually try to at least read the first paragraph of the reviews, just to get a sense of the reviewer’s opinion. But reviews are tough, because you can’t please everyone. If you make a change to please one group of reviewers, you end up alienating another group. And no matter how many five star reviews you get, negative reviews still hurt. When I get a particularly nasty one, sometimes I find my all time favorite books on Amazon and read their one-star reviews, just to remind myself that I’m in good company.

Do you basic plot/plan for your book, before you actually begin writing it out? Or do you let the writing flow and see where it takes the story?
I have a general idea of the plot, but it changes and evolves dramatically along the way. For me, writing a novel is like putting together a 5,000 piece puzzle—one in which you don’t even know what the finished image is supposed to look like. Until you’ve laid some of the early pieces, you don’t know what you’re working with enough to have any hope of laying the later pieces. The more pieces you connect, the easier it is to connect others. It is unbelievably scary every time I write a novel, because I’m spending hundreds of hours on something without knowing exactly what it is—or if I’ll even be able to figure out how to end it. So far I’ve succeeded every time, but that hasn’t reduced the stress even a little.

Did you have a favourite author as a child?
I loved Isaac Asimov. Along with Michael Crichton, the author I’m most often compared to in reviews is Asimov. I can’t describe what an honor this is to me, since I worshipped him as a kid.

What piece of advice would you give to a new writer?
The single most often quoted writing tip in history is, “Write what you know.”  While this might be great advice if you’re a special forces weapons expert or a high profile criminal prosecutor, if you’re an accountant at a ball-bearing company, this probably isn’t a good idea.  I’d modify this to, “Write about what you have a passion to write about. Whatever you don’t know, you can Google and learn.” I’d add that if you’re passionate about a topic, don’t talk yourself out of it because something in the same vein has already been done.  How many different vampire and dragon novels have been written in the past hundred years?  Yet there is always room for one more — as long as you tell a compelling, well written story. 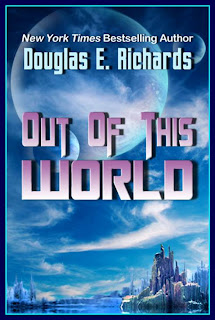 BLURB from Goodreads
To save their parents they will have to travel to unknown worlds. Too bad the natives on each world all seem to want them dead . . . Zachary and Jenna Lane are a brother and sister pair who would much rather tease and trick each other than work together. But when their parents vanish before their eyes through a mysterious shimmering portal, the two kids join forces and adventure through a series of fantastic worlds in an effort to rescue them. But each world is more treacherous than the last, and staying alive for even a day will prove to be the ultimate test of their wits, courage, and determination. And when they finally puzzle out what is happening to them and why, the impossible happens: things get even worse. Because far more is at stake than just their lives. And the odds against them could not be any greater . . . Out of This World is a fast-paced adventure sure to delight young and old alike, packed with breakneck action, brilliant escapes, thrilling cliffhangers, and plenty of heart.

Out of This World