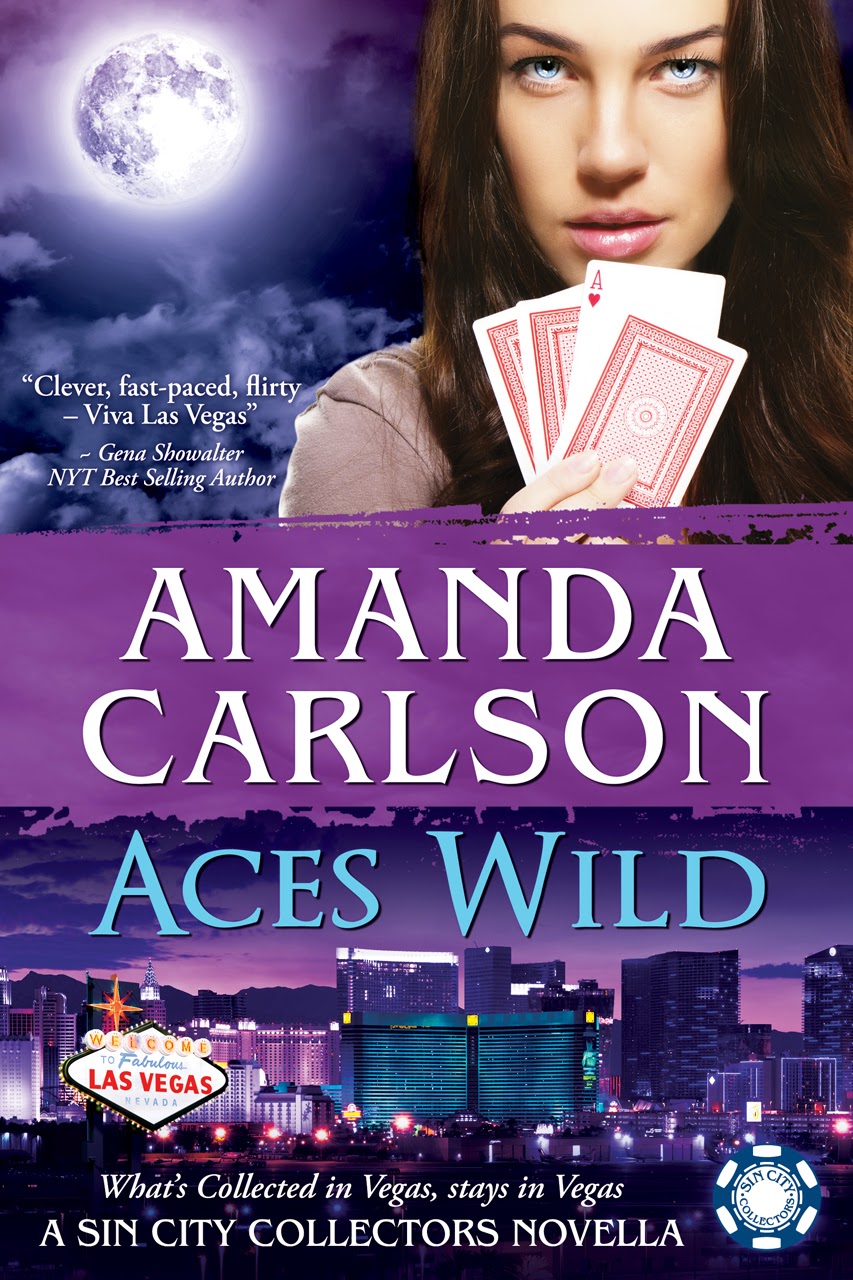 BLURB from Goodreads
Welcome to Vegas. Home of the Sin City Collectors. The job description is easy: Bring the offending supernatural in to the Boss and don’t ask any questions. Nevada Hamilton has learned a few things since becoming a Sin City Collector, and staying away from vampires is one of them. After botching her first Collection, the vamp getting away after causing as much damage as possible, she hasn’t been assigned to another one since.But when she receives her next playing card, she’s in for a surprise. Not only is a vampire her next target, but they’ve paired her up to make sure she gets the job done right. Refusing a Collection is not an option, but when she discovers who she’s working with, making the mission as difficult as possible for her new partner becomes her top priority…Being a hellhound isn’t enough to protect Jake Troubadour from Nevada Hamilton, no matter how thick his skin is. Finding out he has to work with the beautiful dhampir, after not seeing her for three years, is a low blow—but Jake is a professional. He takes his Collections as seriously as he does running his bar. He’ll do whatever it takes to get the job done, but after that, he’s out. No more chances for the girl who wrecked his bike and scarred his soul so long ago. But even with his heart dead set against it, this hellhound quickly finds he’s not immune to love after all.What’s Collected in Vegas, stays in Vegas...

INITIAL THOUGHTS
Upon hearing about this new series and who the individual novellas were written by I was immediately thinking "Where can I get the first one?" Then I was super lucky and Amanda Carlson generously offered me a review copy . . .which was total no-brainer (I think thats the right saying) I shouted "Yes please"!! and could hardly wait to read it. I do readily admit to loving Amanda Carlson's style of writing, and her Jessica McClain Series which I was super lucky to be in on reading from the very beginning.

MY REVIEW
So as I said I received a review copy of this novella from Amanda Carlson in exchange for my honest review.
I love the cover on this book, the rich purples and blues. the woman on the cover I'd say is Nevada and she definitely has "otherworldly eyes" . I will say the gorgeous cover and the fact it's written by Amanda Carlson would make me pick this one up in a book store for sure! I normally would say that quotes from other authors that have read the book is my pet peeve but come on this quote is from Gena Showalter!
So the main characters (which I lurrrve) are Nevada Hamilton, is a Dhampir, who was kind of brought up single-handedly by her mother who is a heavy drinker so at the first opportunity Nevada moves out and gets a job working for Louie. Nevada has never met her father and sort of look to Louie for fatherly guidance. The other main character is Louies nephew the gorgeous hunky Hellhound called Jake Troubadour (Grrrr just doesn't do him justice). Jake also works for his Uncle Louie and his boss as a Sin City Collector.
So whats a Sin City Collector? The Sin City part is that the book is set in Vegas! ~(and we've all heard the saying about Vegas haven't we?) The Collector part is the job which is that Jake and Nevada are just two of the "Collectors" for the "Otherworld/Underworld" of Paranormals. Sin City Collectors are kind of "bounty hunters". The way the jobs are given out is quite cryptic in that playing cards are used. a normal job is just one collector to one collectee which is one of the reasons Nevada is in a bad mood to begin with. she would much rather work alone. The second thing that's annoying her about this collection is that the other collector working on it with her is Jake Troubadour and they have some "history". It's under dispute as to who seduced who but they did end up in bed and then the following morning Nevada couldn't get out of there quick enough and has avoided Jake literally like the plague!
The reason that two collectors have been put on this job is that they are collecting a very old, hence very strong vampire. One that turns out to have a particular interest in Nevada.
I loved how the title Aces Wild was incorporated into the book. I had been wondering slightly where it came in thinking oh it's because of the casino and card playing element, but it was also something else . . .I seriously could go on and on about this novella I loved it! This is an adult aimed book ans series so be prepared it is steamy, and dare I say sizzling in places but it's all in context and flows within the plot etc. I think we all deserve a Jake Troubadour!
I would compare the writing in this novella and Amanda Carlson to other Authors I also love to read, Kelley Armstrong & Women Of The Otherworld, and Julie Belfield and her Holloway Pack books. Highly recommend all three of these Authors! I'm also really looking forward to reading the other novella's in this series and perhaps discovering more great authors I have yet to read.
So did I enjoy the novella? Yes I loved it! Brilliant!  Would I recommend? To 18+ yes. It isn't erotica, I don't really read erotica it's just steamy and sizzles a little, well within the plot.  Do I want to read more in this series? Definitely yes please, when can I read them? Would I read more by Amanda Carlson? Yes please! More please! Thanks for the fantastic books.
Posted by Jeanz xx at 13:00