PROMOTION/REVIEW - OUT OF CONTROL BY SARAH ALDERSON 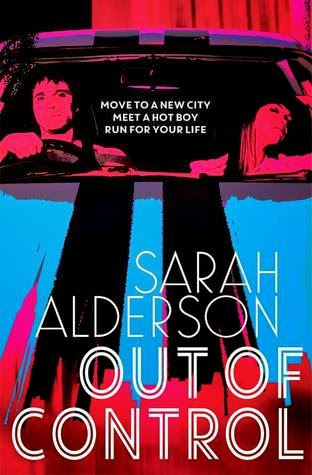 BLURB from Goodreads
When 17 year old Liva witnesses a brutal murder she’s taken into police custody for her own protection. But when the police station is attacked and bullets start flying it becomes clear that Liva is not just a witness, she’s a target.Together with a car thief called Jay, Liva manages to escape the massacre but now the two of them are alone in New York, trying to outrun and outwit two killers who will stop at nothing to find them.When you live on the edge, there’s a long way to fall.

INITIAL THOUGHTS
Blurb sounds good even though not particularly my usual genre. Not read anything by this Author before either so all new, a voyage of discovery awaits!

MY REVIEW
I received an e-arc of this one directly from the author! The cover depicts the young male/possible felon called Jay and Liva who is unfortunate enough to have witnessed a murder. I really like the byline bit on the cover as it sums up what Liva does in the book in a nutshell without giving too much away! Would the cover make me pick it up from a book shelf? Being totally honest the cover put me off initially.
So after reading just 7% here is my reaction: Wow talk about an action packed beginning! Witnessing a murder, then at the police station there's a shoot out and you're rescued by a possible murderer! The two main characters are Liva (Olivia) and Jay (Jaime) and yes they meet in an unlikely situation and if they had passed on a street they probably wouldn't have thought each other "friend" material.  They do end up trusting each other with their lives. It soon becomes apparent that someone is trying to kidnap Liva, and after Liva helping Jay "escape" the bloodbath at the Police Station Jay feels he owes her. So initially its a sense of duty that keeps him hanging around Liva but as the book progresses they both develop much deeper stronger feelings for each other. The mystery in the book is Who is after Olivia (liva)? Is it something to do with her fathers job? Can Liva and Jaime (Jay) stay safe until they can meet up with Liva's father? Lots of drama,sneaking about and action, & suspense.
I can't go into more detail as I feel you should read the intricacies of the plot by reading the book for yourselves.
What more can I say I was kid of going "wow" "OMG" and sat on the edge of my seat for a lot of this book. Sarah Alderson writes in such away you feel like you are running along away from the danger along with Liva & Jay. You want them to escape, you feel their confusion as to who is chasing them.
One of my favourite scenes in the book is when Yoyo and Liva are in the club dancing. I of course also love, love, love the relationship between Liva and Jay. Even though they are from totally different backgrounds they pull together to survive.
You go through a lot of emotions in this book, from fearful, clenching your teeth, smiling, sighing etc. There is a point in the book when Liva's and Jay's "current problems" actually cross over. I can't say without giving a major spoiler . . but you'll so know when you get to that point in the book. I was so surprised it had honestly not crossed my mind. My realisation happened slowly at the same time and pace as Liva's in the book.
So Did I enjoy the book? I was slightly surprised that I loved it, as I wasn't so sure I would. Would I recommend the book? Yes, I'd go so far as to say I loved this and would put it alongside the Katie McGarry Pushing the Limits Series. I grew to love Jay as much as I did Isaiah form Katie McGarry's books. Would I read a Bk2, if there is/was one? Although the book comes to a conclusion, there could be more, I mean Liva & Jay were so impressive in the "Ferry Scene" maybe they could become trainee FBI Agents? . . .Would I read more titles by Sarah Alderson? I would definitely love to read more titles by Sarah Alderson. 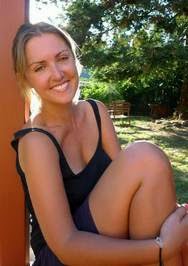 Having spent most of her life in London, Sarah quit her job in the non profit sector in 2009 and took off on a round the world trip with her husband and princess-obsessed daughter on a mission to find a new place to call home. After several months in India, Singapore, Australia and the US, they settled in Bali where Sarah now spends her days writing by the pool and trying to machete open coconuts without severing a limb.She finished her first novel, Hunting Lila, just before they left the UK, wrote the sequel on the beach in India and had signed a two book deal with Simon & Schuster by the time they had reached Bali.A third book, Fated, about a teenage demon slayer, was published in January 2012.The Sound, a thriller romance set in Nantucket, was published in August 2013. She has a further three thrillers due for release in the next few years.You can find Sarah on facebook and at www.sarahalderson.com or follow her blog atwww.canwelivhere.com

What is your name, where were you born and where do you live now?
I was born in London but I live in Bali and have done for the last four years!

Did you always want to be a writer? If not what did you want to be?
I never thought about being a writer until I was thirty one and we decided to pack up our lives and travel the world.

When did you first consider yourself as a "writer"?
I decided that I was going to call myself a writer when I had finished my first manuscript (which became Hunting Lila) but before I had an agent or a deal. I figured saying it out loud was halfway towards making it a reality.

Did it take a long time to get your first book published?
No. It was incredibly straightforward actually. It was my first MS and I was very naive. I wrote it, sent it to a dozen agents, had two email asking to represent me, chose one and she sold it to Simon & Schuster fairly quickly. I've since been signed for a further 6 books with them and have just signed also with Pan macmillan to write adult books.

How long does it usually take you to write a book, from the original idea to finishing writing it?
It took me four months to write Hunting Lila - I'd write in the evenings after my daughter was asleep and then edit on the train on the way to work the next day. The fastest I've written a book was thirty days - Severed. I just wanted to see if I could write it in that time.
Normally a book takes me about two months to write. But I have a pretty good work ethic! I sit down every day (though my last book I wrote on my bed!) and write from 7.30am to 4pm. I can write 6,000 words on a good day.

Which of your books were easier/harder to write than the others?
My new adult book - Come Back To Me (under the pen name Mila Gray) - was the easiest to write as it wasn't a thriller. I'm so used to writing thrillers and having to spend ages puzzling out plots and twists that it was a total delight to just write a simple romance.

Out of Control was quite hard but I went to New York for ten days and walked the streets that Liva and Jay walk and went to all the places that feature in the book. I really got a feel for the city (it's my favourite city) and that made it much easier to write.


I'll keep writing young adult thrillers (I have two more after Out of Control slated for release) and I will also hopefully keep writing new adult too as I love being able to reach a new audience and alternate the genres.

I'm also doing quite a bit of screenwriting these days - so that's an interesting new direction for me.
Posted by Jeanz xx at 03:00