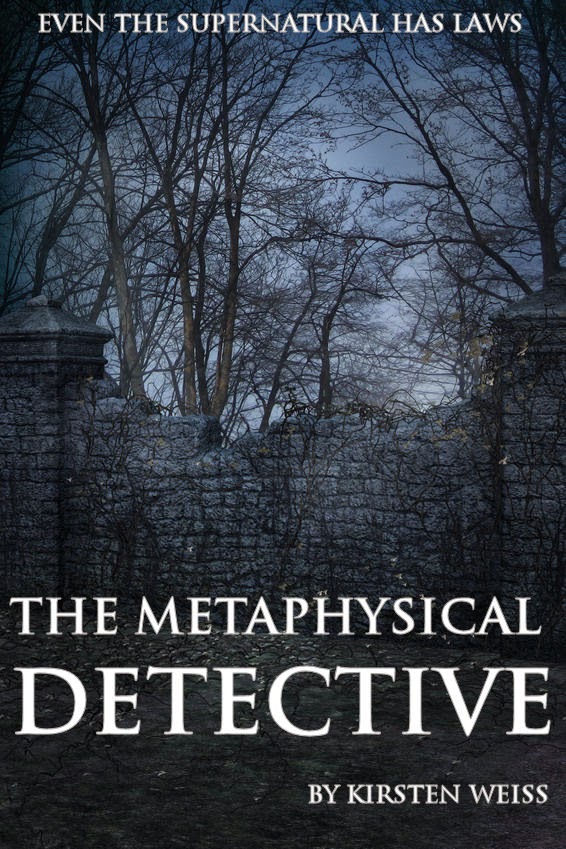 The Metaphysical Detective,
Book 1
When Riga Hayworth finds her new client, Helen Baro, dead, she smells a set up of metaphysical proportions.  Now, to find a killer, Riga must travel from San Francisco to the underworld – and make it back alive…
Riga’s parents named her for silver screen goddess, Rita Hayworth, but they had no idea she’d grow up to be a dead ringer for the actress.  It’s just one of the many oddities that Riga’s had to learn to live with – along with blacking out streetlights and dealing with wisecracking ghosts.
Riga’s client, Helen, believes her husband is trying to kill her.  One problem:  Helen’s husband is dead.  Riga isn’t sure what to think.  Is Helen mad?  Is someone else trying to harm the woman?  Or is this really a case of attempted murder from beyond the grave?  But then Helen is found dead, leaving a strange haiku and Tarot for a clue, and Riga is hurtled into an investigation that threatens the detective and those she loves. 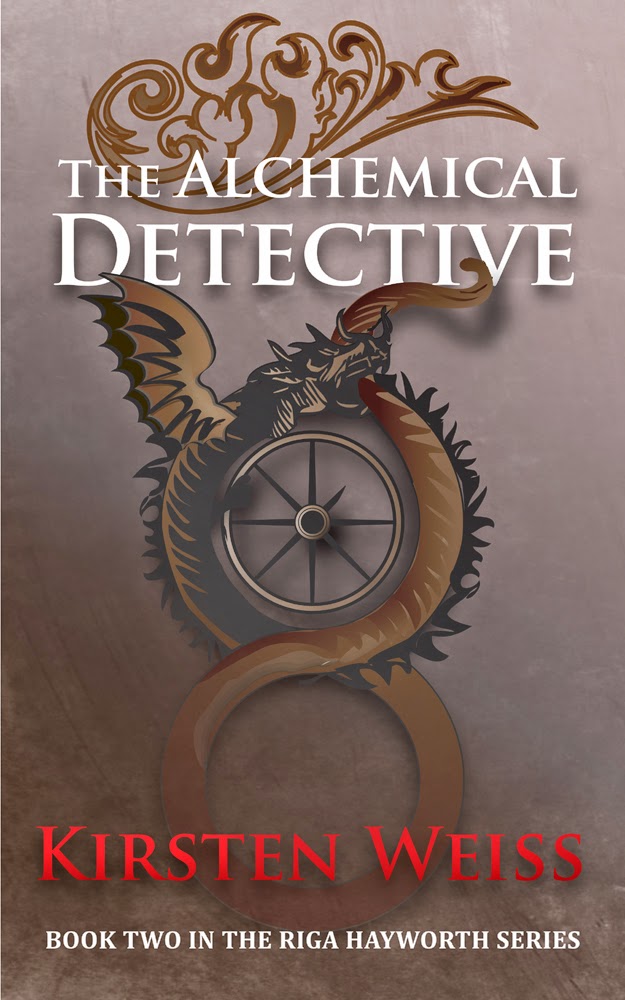 The Alchemical Detective,
Book 2
A psychic has been murdered in an occult ceremony and the police pay a visit to Riga Hayworth, metaphysical detective.  But this time, she’s not a consultant on the case, she’s a suspect.
There’s a storm on the horizon.  Riga’s lost her magic, and has come to Lake Tahoe to recover and spend quality time with her new love.  But life for Riga is never that simple.  A psychic’s been murdered, and the police believe Riga has a connection to the crime.  They’re right.  And if that’s not enough, Riga is drafted as the host of a reality TV show about the local lake monster, and her niece is rejecting her metaphysical abilities.  Juggling demons, daimons, and angry tarot card readers, Riga must catch a killer before she becomes the next target.
The Alchemical Detective is a paranormal mystery that explores a world of alchemy and the imagination.
BUY LINKS
Amazon, Barnes & Noble, and Kobo 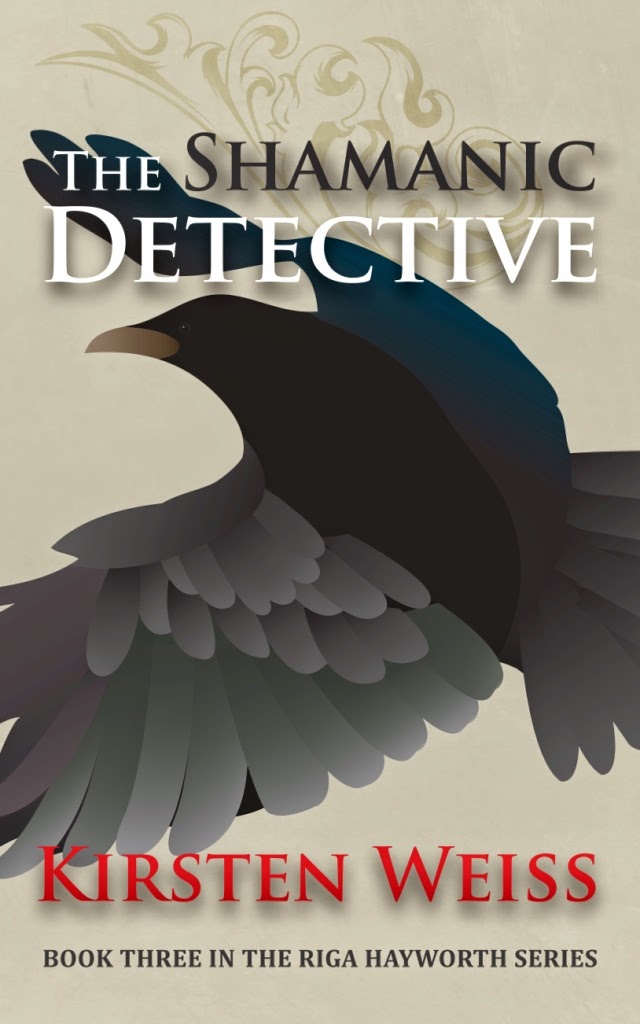 Book 3
When Riga Hayworth’s lover is arrested, she’s determined to unearth the truth, no matter the cost. But life – and death – get in the way.
All Riga wants is to clear the name of her almost-fiancée, Donovan Mosse. But a death faerie has other plans for her, and Riga is forced to protect a shaman with a house full of murderous relatives.  The only way to stop this killer is to figure out who he, or she, is before the next strike.  As the two cases become entangled, Riga must choose between facts and faith, and decide just how far she’s willing to go for love. 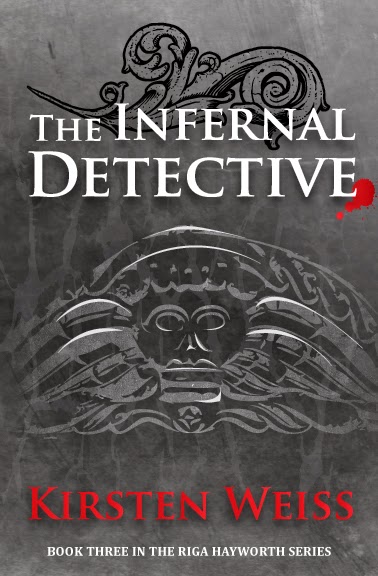 The Infernal Detective,
Book 4
Murder. The undead. Irritating relatives.
When Riga Hayworth finds a dead body in the bedroom, it’s par for the course. When the corpse drives off with her fiancée… That’s a problem.
Riga knows dead. More intimately than she’d like. So when a murdered photographer walks away from her pre-wedding party, she believes there’s necromancy afoot. And when she discovers that several of her wedding guests are under the influence of dark magic, she’s certain. But how can she catch a killer and stop a necromancer when even her nearest and dearest are lying to her?
Marrying romance, mystery, and the metaphysical, The Infernal Detective is a fast-paced urban fantasy, where nothing is quite as it seems, and magic lies just beyond the veil.
“A high-voltage, cleverly-spun mystery that I couldn't put down. Riga Hayworth is addictive.”
Diana Orgain, Best-selling author of The Maternal Instincts Mysteries
BUY LINKS
Amazon, Barnes & Noble, and Kobo 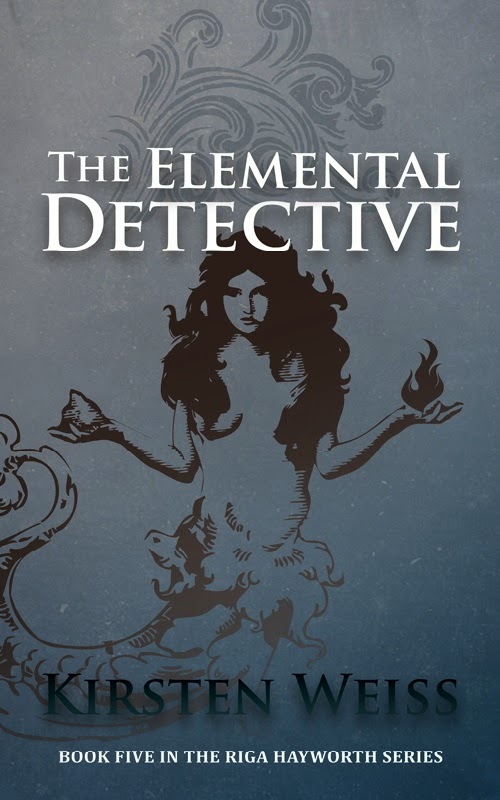 The Elemental Detective,
Book 5
Mermaids, menehunes, and murder.
Riga Hayworth just wants to relax with her new husband on their Hawaiian honeymoon. But a body on a Kauai beach pulls them into a murder investigation, sending the supernatural world into an uproar.
When Riga detects traces of magic at a murder scene, she knows she can’t ignore the call. There’s necromancy afoot, and she must prepare for the battle to come. But can Riga fight the forces of nature? Or will they destroy her and everyone she loves?

Kirsten Weiss is the author of the Riga Hayworth paranormal mystery series: The Metaphysical Detective, The Alchemical Detective, The Shamanic Detective, and The Infernal Detective.
Kirsten worked overseas for nearly fourteen years, in the fringes of the former USSR and deep in the Afghan war zone.  Her experiences abroad not only gave her glimpses into the darker side of human nature, but also sparked an interest in the effects of mysticism and mythology, and how both are woven into our daily lives.
Now based in San Mateo, CA, she writes paranormal mysteries, blending her experiences and imagination to create a vivid world of magic and mayhem.
Kirsten has never met a dessert she didn’t like, and her guilty pleasures are watching Ghost Whisperer reruns and drinking good wine.

You can connect with Kirsten through the social media sites below, and if the mood strikes you, send her an e-mail at kirsten_weiss2001@yahoo.com
@RigaHayworth
Kirsten's Facebook Page
Kirsten's Google+ Page
Kirsten's Pinterest Boards

THIS OR THAT
Paperback or E-book?  Ebook! I never thought I’d get to the point where I actually prefer electronic to paper, but my shelves are just too cluttered.
Read a book once/Re read books more than once? If it’s a great book, I’ll read it more than once.

Books or Movies? Books. I keep intending to go to movies, and then never doing it.

Morning or Evening? I hate waking up, but morning is when I’m most creative. Recently I read that the human brain is most creative in the morning – probably something about still being in touch with the unconscious sleep mind. So morning.

Early Nights or Late Nights? Early. I’m a bit boring when it comes to nightlife. Though I will stay up all hours if I’ve got a good book.

Coffee or Tea? Tea. I never acquired a taste for coffee.

Spring, Summer, Autumn or Winter? Autumn. I’m a huge Halloween fan, and I love the feel of that season, with the turning leaves and Christmas right around the corner.

Dark Chocolate, Milk Chocolate or White Chocolate? Milk chocolate. I’ve got a sweet tooth and am a card carrying chocoholic.

Mild Cheeses, Medium Cheeses or Strong Cheeses? Strong is my favorite, but I’m a big cheese fan too, so I won’t turn my nose up at a brie.

Flat Heeled Shoes, Medium Heeled Shoes or High Heeled Shoes? Flats. You need to train for high-heeled shoes, and I never got around to it.

Long Hair or Short Hair? I like wearing long hair, because it’s so versatile. Just twist it into a bun on a warm day, or leave it down.