BLURB supplied by Xpresso Book Tours
The future never goes as planned.
People are never what they seem.
Time changes everything.
So you want to know what happened to Anna and Julian? Well, listen up, because I’ve got the whole scoop. I’m Jules, btw, and I am an artist, as you already know if you’ve read Watercolor. What you might not know is I inherited my mother’s cute little newsy nose, thank you very much.
It’s high school reunion time, and everyone’s coming back to Fairview—everyone who’s not already there, mind you. What went wrong, who’s fault it was, and why the heck nobody knew about me… it’s all coming out.
Long-distance relationships rarely last, and a lot of water has passed under that bridge. Big Secrets will be exposed, and in the end we’ll know if that old saying is true: Love is stronger than time.
> Mosaic, the exciting conclusion to The Dragonfly series, coming June 2014! 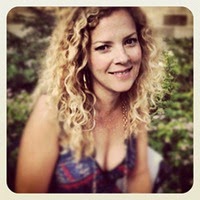 Leigh Talbert Moore wrote her first graphic novel at the age of nine--about a lady scientist burned by acid. Sadly, the text of "Fury Woman" was lost, and Leigh's novelist aspirations went on hiatus.

Then, after a decade working in journalism, editing, marketing, and public relations, she began writing books again, and in 2009 completed Dragonfly. Today, Leigh is the author of several popular young adult and new adult novels, all with a strong romantic slant.

She lives with her husband and two young children in the middle of the country, where she conjures new worlds, characters, and situations while playing chauffeur, chaperone, group activity leader, and referee.

And she's still trying to remember the plot of Fury Woman...