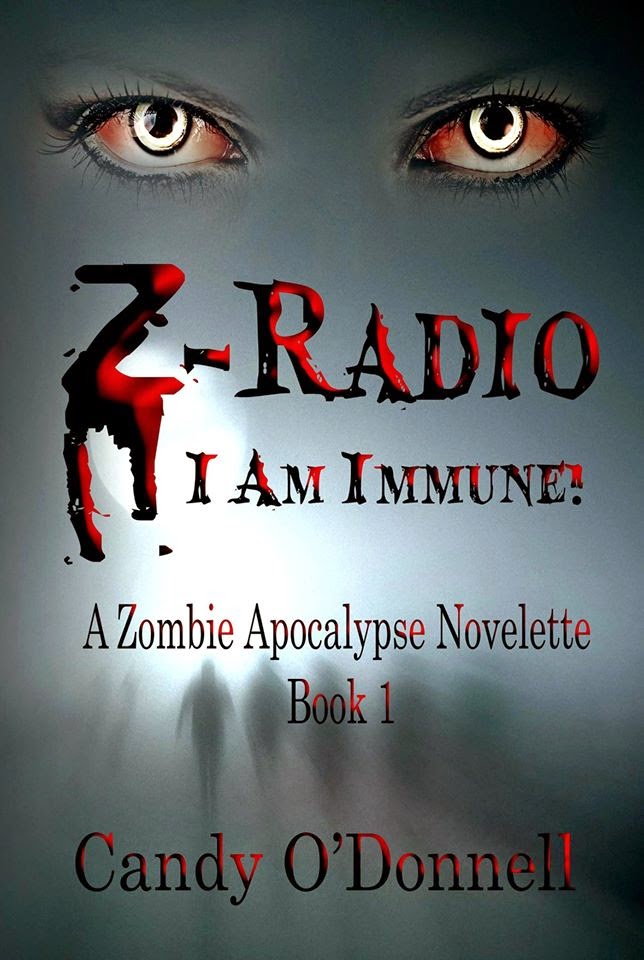 BLURB supplied by Loving The Book Launch Party
My life will never be the same again!My entire existence changed when the Zombie Apocalypse started. I was bitten and thought my life was going to end at the radio station. My name is Cherise, and there are people out there that want me dead!

Candy O’Donnell lives in California.
At the age of twelve, she wrote her first mini book, filled mostly with what took place with her mother and her long tedious bout with leukemia. It was a short story told as extra credit when she suffered a sprained ankle and had to be out of school for over two months. School officials refused to believe a word of what she had written until her grandmother, her guardian back then, entered the school with the truth. Everything she had written down was exactly what took place. Unfortunately, her mother succumbed to the disease.
She earned a bachelor’s degree in history and culture. After living with her aunt and uncle for over five years, she wished to explore her uncle’s native heritage, and did so with vigor. She also has grad units in criminal justice.

SNIPPET
Maybe they wanted to know if there were others that were immune, really immune! Other thoughts penetrated my mind of those within the station that wanted me dead. I might not be safe forever within the confines of the radio station. Sooner or later more would come—they would find me and those with me. I needed to sanctify an escape route before it was too late.