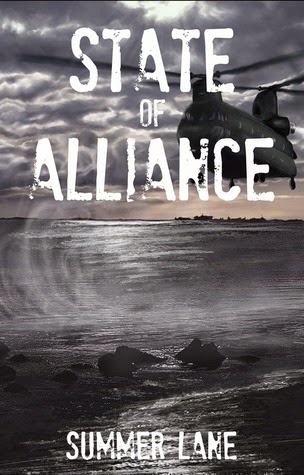 BLURB supplied by Xpresso Tours
There is no such thing as safe.
For Commander Cassidy Hart, staying alive is only one of her day-to-day problems. As a newly minted Senator of the State of California, she must travel to Monterey Bay with the hope of bringing an agreement between the militia forces and the Pacific Northwest Alliance as the United States desperately battles against the shadow invasion forces of Omega.
But Monterey is not what it seems. The threat of another Omega attack looms on the horizon, and Commander Chris Young – the love of Cassidy’s life – is not the only important person in Cassidy’s life who is keeping secrets. Assassinations, betrayal and startling revelations lie ahead.
The war is now. Fight or die.
Choose your side.
The fifth installment in the international bestselling Collapse Series, a YA/NA post-apocalyptic romantic adventure. 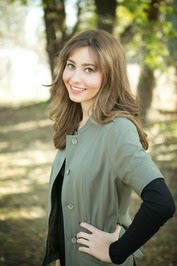 
The Carmel Mission and State of Alliance


By Summer Lane
When I was writing State of Chaos in 2013, I did a lot of hands-on research to get a feel for what Cassidy Hart would be experiencing when she began fighting with a guerilla-war rebel group. I went to a range and took a rifleman course (the longest day of my life! I’ve got the scars to prove it!) to make sure I wrote about weaponry and marksmanship as accurately as possible. What’s my point? I love research, and if I’m going to write about something, I’m going to get as close to the subject as possible.

For State of Alliance, I went to Monterey to research geographical locations for the fifth installment of Cassidy’s story. One of the places that really resonated with me was the Carmel Mission, perhaps the most famous mission on the California coastline. Father Junipero Serra – the Father of the California Missions – is buried here. It is a gorgeous, deeply spiritual place. I connected with it. I loved the atmosphere and the architecture. As I visited, I saw Cassidy coming here for an integral part of the story. I took about five hundred pictures, stowed them away, then scurried home. The Carmel Mission makes a lovely cameo in State of Alliance, providing Cassidy Hart with something important that she’ll need to survive the storyline!