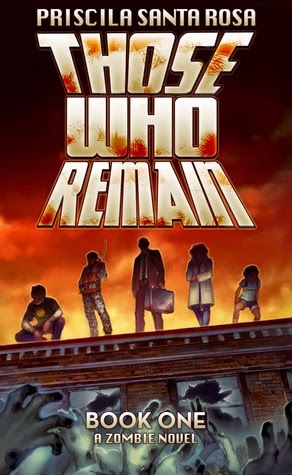 BLURB from Goodreads
Hide your children, lock your doors, and load your guns because zombies are real and they are coming. Danny Terrence knows this better than anyone. He spent months preparing for the inevitable moment the disease would reach his small town. What he didn’t prepare for is the fact that nobody really believes him. Luckily for him, an old classmate and bully just happens to be the first one bitten. The bad news is that the family with the biggest arsenal of guns just packed up and left town, leaving them defenseless from an oncoming zombie horde. Being a leader isn’t turning out the way Danny imagined. Yet four other survivors easily have it worse than him. Between a thirteen-year-old girl on a road trip from hell, a family of paranoid hunters having to deal with their feelings for the first time ever, a stubborn doctor butting-heads with a cold-hearted sergeant and an amoral British professor carrying the fate of humanity in his hands, Danny has it easy. Unless, of course, they all end up in his town, messing with his already messed up life. Follow these five people as their paths cross and their lives and hopes are challenged in this thrilling novel with brain-mushing humor and heart-breaking action. Those Who Remain: Book One is part of a trilogy.

[I am super lucky that I won an e-copy of this book in a giveaway, so it's right there on my Want To Read list now!] 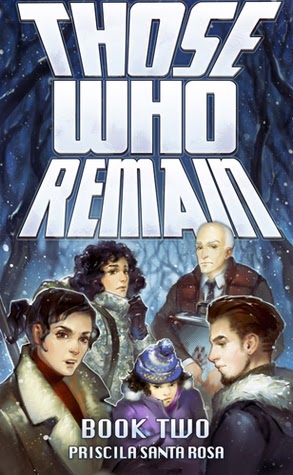 BLURB from Goodreads
The longer someone survives in the Zombie Apocalypse, the worse things get. Ammo and hot water run out, and everyone gets cranky. The high survival rate of sociopaths doesn't help either. So it's no wonder things are going from bad to worse for Danny. His town is being threatened by a band of mercenaries with a thirst for blood and their only chance of winning is Lily. Now alone, she's determined to reach Redwood and save the very town that wanted her family gone. Meanwhile, Dr. Maria and Seargent Tigh travel across snow-filled roads toward the unlikely chance of civilization. They might have better luck than Peter and Laurie, who are trying to survive in the woods by themselves. But we can't forget a certain briefcase...