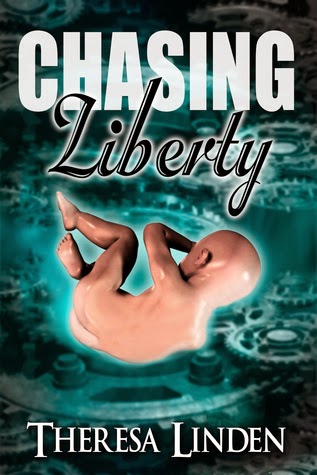 BLURB from Goodreads
Liberty 554-062466-84 of Aldonia lives in a responsible society that cares for the earth and everyone on it. They have learned to balance resource consumption with replacement initiatives, unavoidable pollution with clean-environment efforts. Science ensures that every baby born is healthy. The government ensures that every baby born is needed. All are cared for, taught, and given a specific duty to perform, their unique contribution to society. Why is Liberty so unsatisfied?

In less than two weeks, Liberty must begin her vocation. Every girl in Aldonia wishes she had Liberty's vocation. Liberty would rather flee from Aldonia and live on her own, independent of the all-controlling government, the Regimen Custodia Terra. The high electrical Boundary Fence crushes any thought of escape. The ID implant imbedded in her hand makes it impossible to hide. She has no choice but to submit. Liberty is slated to be a Breeder.

As vocation day draws near, a man with an obsession for Liberty attacks her and injects her with a drug. She's about to lose consciousness when someone comes to her rescue, a man in a mottled cape and dark glasses. She wakes in an underground facility where people watch over Aldonia with an array of monitors and surveillance equipment. These people are full of secrets, but she discovers one thing: they rescue a man scheduled for re-education. They rescued him. They can rescue her. 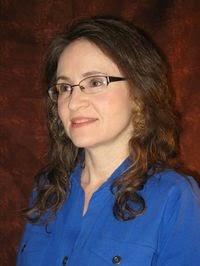 What can/would you like to tell us about  your book, Chasing Liberty?  and if you had to summarise it in less than 20-30 words what would you say/tell us?
Chasing Liberty is told from the perspective of a young woman who lives in a society that cares for the world and everyone in it, yet who finds herself dissatisfied. Every citizen must do their part for society, but they don’t get to choose what they do. While everyone around her seems content, Liberty cannot submit without protest.

A 20-30 word summary: In a futuristic society where the government controls everything, a young woman has only days to escape her vocation. Liberty is slated to be a breeder.

What made you decide to write that genre of book you wrote with Chasing Liberty?
I enjoy writing in a variety of genres, but this is my first dystopian. I often find myself considering what the future holds, so I threw myself into research and decided to write this story. It has been a fun experience, but it has also opened my eyes to many things going on in our world today. The agendas in the story are based on agendas of actual groups that are very influential with world governments.

Do you have a favourite character from Chasing Liberty? and why are they your favourite?
While she has her flaws—she struggles with patience and trust— Liberty is my favorite character. Liberty has personal integrity. She does not simply go along with the culture, even when rebellious words and actions put her in a dangerous position with the government and set her apart from others. She questions the ideologies of the day and thinks for herself. The gears on the cover of the book, on one hand, represent the government, which is like a machine that can’t be stopped. On the other hand, they represent Liberty’s mind. She finds herself evaluating everything because she wants to believe in things that make sense.

If you had to choose to be one of your characters in Chasing Liberty, which would you be? and why?
I think it would be fun to be Dedrick. He is a self-possessed young man who grew up in a community the government knows nothing about, but he also has experience with Liberty’s world, the city of Aldonia. Additionally, he belongs to a secret group that operates right under the government’s nose. Dedrick has a variety of skills and abilities that I would love to have. He excels at self-defense, can handle any weapon, stays cool under pressure, and has many secrets, including in-depth knowledge of the vast tunnel network that runs beneath the city.Where do you get your book plot/society ideas from for Chasing Liberty? What/Who is your inspiration?
I’m one of those people that shouts at the TV when I watch the news. I can’t believe some of the things that are going on in our world. I've learned about new proposed laws, questionable scientific developments and invasive uses of technology. Developments in morality and ethics do not seem to be on a par. Faith, family and freedom often seem to be under attack. I can't help but wonder where we are headed. As I writer, I don't just wonder. I write! In a way, this story emphasizes the importance of faith, family and freedom by showing a society that has lost all three.

How did you come up with the Title and Cover Designs for Chasing Linerty? Who designed the Cover of your books?
The title “Chasing Liberty” fit in so many ways. The main character, Liberty, is running after her own freedom, but she is also being chased, hunted throughout the story. The doctor who oversees the Breeder Facility, where Liberty is supposed to go, despises her and is driven to see her downfall.

Karen Fuller, owner of World Castle Publishing, designed the cover. I love the colors, the gears, and the somewhat disturbing image of the baby. The almost plastic-looking baby represents the unnatural way life is created in this dystopian future. There are no families. Life does not come into the world through the love of a man and woman. Life begins in the laboratory. Scientists, bent on creating a healthy and superior race while controlling population growth, use genetic engineering and allow only a precise number of babies to enter the world.

Are there any hidden messages or morals contained in Chasing Liberty? (Morals as in like Aesops Fables type of "The moral of this story is..")
I didn’t write with a message in mind. I simply wanted to consider a possible future for our country and the world, based on today’s trends. However, I do see a message in my story. The message is that we should question everything in our culture, weighing things in the balance so to speak. There are things in our culture and in our government that degrade rather than build up the individual and the family.

Is there anything in Chasing Liberty you would change now if you could and what would it be?
I can’t think of anything I would change, but there are things I would like to develop. I suppose that is why I wrote the second book and am working on the third. I feel there is still more of this story to be told, so Chasing Liberty is a now a trilogy. When readers get to the end of Chasing Liberty, I think they will be glad to know I haven’t left Liberty in the situation she finds herself in. There is more.

Do you have anybody read your books and give you reviews before you officially release them? ie. Your partner, children, friends, or do you gift copies of your book reviewers for their thoughts and opinions?
The publisher gave me the final book almost a month in advance, so I did pass it on to a few people—friends, fellow writers and reviewers—that I thought might be interested in reading and giving a review. I would like to do more of that in the future. I am currently working with beta readers for Testing Liberty, the second book in the trilogy. I value the thoughts and opinions of fellow writers and my readers.